Shutting a door on the past

Management at former state bank Slovenská sporiteľňa (SLSP) held a press conference April 24 at which it made two announcements: profits of 2.4 billion crowns ($50 million) had been reached for the year 2000, while hundreds of investigations into past loan fraud had been started.
The news on profits had been expected. The bank has shown, if not rude health, a steady financial recovery over the previous 18 months, having recorded a loss of 5.7 billion crowns ($117 million) at the close of 1999.
But for those who have been watching the banking sector since Mikuláš Dzurinda's coalition came to power in October 1998, it was the second announcement which turned heads. 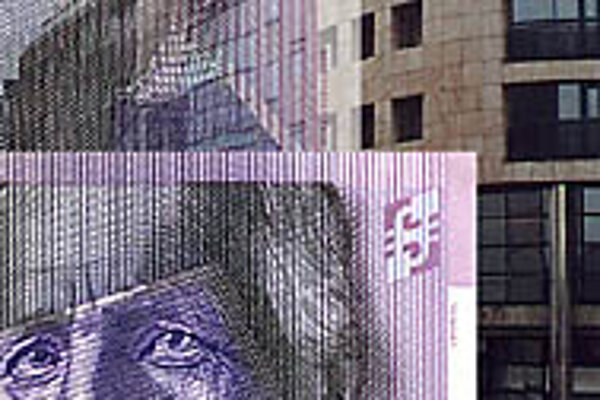 Font size:A-|A+  Comments disabled
Management at former state bank Slovenská sporiteľňa (SLSP) held a press conference April 24 at which it made two announcements: profits of 2.4 billion crowns ($50 million) had been reached for the year 2000, while hundreds of investigations into past loan fraud had been started.

The news on profits had been expected. The bank has shown, if not rude health, a steady financial recovery over the previous 18 months, having recorded a loss of 5.7 billion crowns ($117 million) at the close of 1999.

But for those who have been watching the banking sector since Mikuláš Dzurinda's coalition came to power in October 1998, it was the second announcement which turned heads.

The bank's board, recently put into place by new Austrian owners Erste Bank, reported that since the 1998 elections more than 350 investigations have been started of former employees and non-banking people in connection with almost $700 million in irrecoverable debts racked up by the bank during the 1990s. Charges, the board added, have already been laid against 180 people, while the bank has also sacked 35 of its workers, many of them in connection with those same bad debts.

By launching the investigations and making the news public, sources in the banking sector say, SLSP is finally distancing itself from a past that has afflicted all the state's main banks - sporiteľňa, Všeobecná úverová banka (VÚB) and Investičná a rozvojová banka (IRB): a credit policy under which loans were handed out to those who walked through the banks' doors according to the whims, personal and political ties of loan department heads.

"I've seen many transactions in Slovakia from the early 1990's which were examples of tunnelling, companies with $20 million turnover borrowing $100 to $150 million," said Arif Usmani, head of the Citibank branch in Slovakia to The Slovak Spectator in February 2001.

"The money did not end up in the assets. It's just gone. It's classic. I've never heard of this word 'tunnelling' anywhere else except Slovakia."

"Everybody knows that loans were granted almost exclusively on the basis of political or friendship links, and that what was done with these loans was nothing more than tunnelling [asset-stripping]," agreed one senior source within the sector, who asked not to be identified. "But now at least the new management is doing something to show there's some distance between them and what went on before 1998."

From 1994 to 1998 under the third government of Prime Minister Vladimír Mečiar, the state's three banks built up loan portfolios which, it turned out after close examination of the books, included more than 100 billion crowns ($2.06 billion) of non-performing and classified credits.

The extent of the financial damage became apparent in 1999 when the state began a bail-out of its three banks prior to privatisation. VÚB had 58 billion crowns transferred to state hospital bank Slovenská Konsolidačná (SKo), SLSP 33 billion and IRB five billion.

IRB had even before that been put under forced administration by the central bank in late 1997, after it became clear the bank was close to collapse.

Managers and former employees in the banking sector admit privately that criteria governing the extension of credits under Mečiar were far less stringent than those implemented since 1998 elections and the subsequent appointment of new managers to state banks.

However, they are reluctant to talk openly of the problems connected with previous management, partly, according to one bank spokesman, because so few of those involved in former loan policy are still employed with the banks. Since its acquisition of SLSP in December 2000 and its installation of a new board a few months later, Erste has concentrated on restructuring SLSP, making only the brief comment in late April on the charges and sackings of employees.

Despite the general silence, however, the banks now admit that action was taken as soon as Dzurinda's administration took over in 1998, when state banks immediately began sorting out their financial problems and punishing those who had created the crisis.

"This is a process that has been going on for a long time. The first action was taken three years ago," said SLSP spokeswoman Jana Ďuricová. "It's a credit to our own legal team that we even managed to get so many investigations going."

The other two state banks have been reluctant to discuss what progress has been made in dealing with possible past criminal activities. IRB director of bank office, Iľja Iliť declined to say what charges if any had been laid in connection with the bad loans the bank racked up, and said that "no one can tell you anything about the previous loans". But Iliť confirmed that the bank had registered 50 clients with bad credits prior to the state's bail-out programme.

Top brass at VÚB, which according to SKo records had approximately 1,300 bad credits before the state clean-up of the sector, have been equally reticent, but have confirmed that criminal investigations have been launched into past credits.

But while the banks' may be silent on exact details, it is thought unlikely that everyone involved in the granting of vast credits through either misjudgement or fraudulent intent will ever be brought to justice.

"There's a statute of limitations on some of the cases," said Ďuricová. "Investigating the charges which have been laid is a long, very problematic process, and it's difficult to prove fraudulent intent."

But help may be at hand. Finance Minsiter Brigita Schmögnerová, whose ministry is overseeing the sale of VÚB and IRB, has with the Interior Ministry proposed the creation of a special body dedicated solely to investigating the loans which have been transferred to SKo.

"The aim, if all goes well, is to have this body punish some people for these past activities," said Mário Virčík of the government's Fight Against Corruption programme (see related story this page).

Economic analysts have welcomed the creation of the body. But for SKo, which says its has found evidence of crime in how some of the loans it has adopted were granted, the success of the body is irrelevant to Sko's mission - either recovering or selling the bad debts.

Last year SKo managed to recover 500 million crowns of the 96 billion outstanding. It plans to get back 2.6 billion this year, but analysts say this is unlikely, and estimate that at most just 10% of the total bad debt will be recovered.

SKo is soon to launch a pilot project to offer 12.8 billion crowns of claims to foreign entities willing to take on the debt. Nevertheless, it is expected that the amount paid for the bad credits will be only a fraction of their nominal sum. And what SKo fails to recover or sell off in bad credits, the state will be forced to cover, at taxpayer expense.

"If the loans can't be sold, what's left will be a burden that we, as citizens, will have to pay for," said Martin Kabát, head of analyses at Slávia Capital brokerage house.

But VÚB and IRB, which are both expected to be sold by the end of June, are looking to the future rather than the past, and regard their transferred bad loans as a burden they are happy to have shed.

"So much has been done that is positive for this bank. We are looking forward to privatisation, and our figures are now in the black. We have a healthy bank. The past is the past. We don't want to comment on it, we are simply thinking of our privatisation and the good financial results we are now achieving," said Norbert Lazar, spokesman for VÚB.

SLSP is looking forward as well. It has begun internal restructuring and has installed an entirely new board, moves which have attracted the attention of the European Bank for Reconstruction and Development (EBRD). The EBRD said May 2 that it was interested in taking a 20% stake in SLSP to help with its restructuring. It already holds a combined 25% stake in VÚB with the International Finance Corporation.

For SLSP, blame for the dubious credit extensions simply doesn't lie with the bank. "Of course, from one perspective the [state] banks were at fault. But the real responsibility for the problems lies with those who didn't pay the money back," said Ďuricová.