Passing the buck on workplace safety

Although Slovakia last year recorded its lowest number of work-related fatal accidents ever - 88 - the National Labour Office has said the figures are little cause for joy.
The number of workplace deaths has fallen, the Office claims, not because of rising safety standards, but due to growing unemployment and shrinking heavy and construction industries, meaning fewer workers in hazardous environments.
What's more, many smaller Slovak firms are putting profits before safety, and throughout Slovak industry employers are taking advantage of the under-financed Labour Office's in ability to carry out safety inspections. 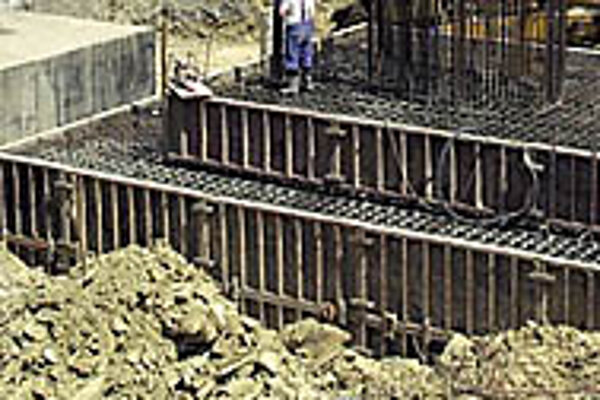 Font size:A-|A+  Comments disabled
Although Slovakia last year recorded its lowest number of work-related fatal accidents ever - 88 - the National Labour Office has said the figures are little cause for joy.

The number of workplace deaths has fallen, the Office claims, not because of rising safety standards, but due to growing unemployment and shrinking heavy and construction industries, meaning fewer workers in hazardous environments.

What's more, many smaller Slovak firms are putting profits before safety, and throughout Slovak industry employers are taking advantage of the under-financed Labour Office's in ability to carry out safety inspections.

"Many small and medium-sized enterprises try to save money by not investing into safety and the protection of their employees' health. They want to make profits on low costs," said Rudolf Richter, director of the Labour Inspection Department at the National Labour Inspectorate.

"And they know that we can't check up on all of them because we don't have enough resources," he added.

From the inspections, Richter said, it was clear that problems with safety were most often rooted in the money firms did, or didn't, put into safety. "The most problematic group are cash-strapped small and medium-sized firms employing up to 50 people. They don't have the financial resources to invest into improving safety standards at work," he said.

Ivan Blanár, owner of Kovovýroba, a small manufacturing firm in central Slovakia, admitted his company faced problems finding funds to ensure workers' safety. "It would be impossible to follow all safety regulations because it would swallow up all our revenues. I have solved this by hiring people on the basis of a živnostenský list [a private business licence which allows people to be self-employed - ed. note], meaning they are then responsible for themselves," he said.

But while a lack of funds may be behind safety shortcomings at some businesses, human resource experts say that employees are also to blame for creating an attitude to workplace safety that breeds accidents.

The Labour Inspectorate's checks last year revealed that employees were to blame for 36% of all fatal accidents, 11% more than in 1999. Meanwhile, employers were at fault in 19% of cases, the same as the previous year.

According to Gerard Koolen, managing partner with Slovak-based HR firm Lugera and Makler, managers of domestic firms, contrary to those in foreign companies, are unwilling to take the extra time to explain to employees the necessity of strictly following safety rules.

Furthermore, they turn a blind eye to employees who disregard the rules, he said, aware that they would not be punished for not enforcing safety guidelines.

"They [employers] often ignore safety rules themselves, they send workers to lectures on workplace safety and leave it at that. They don't care whether employees consequently apply what they learned or not," said Koolen.

"It's probably a question of company mentality and culture rather than anything else," he added.

One Slovak firm contacted by The Slovak Spectator admitted that it put the onus for worker safety on employees, not management.

Miroslav Kostolanský, co-owner of Drevox, a small furniture firm in central Slovakia, said that while he wanted a healthy workforce - "a sick employee is not a productive employee" - his firm didn't force workers to stick to safety rules to avoid accidents because "they are responsible for their own actions".

"If a worker doesn't put on his gloves, for example, it's his fault. It's his life, and he's responsible for himself," Kostolanský said.

The massive heavy industry that defined former communist economies, particularly the arms industry in Slovakia that once made Czechoslovakia the fifth largest arms producer in the world, bred a blind obedience to workplace safety, say sociologists.

They argue that under Communism, company bosses were forced by the state to implement strict safety standards, and in turn ensured their employees followed the same rules. The state, which owned all firms, was intent on having rules obeyed to the letter in all areas of society, not least in industry, sociologists say, but this concern for obedience never sprang from an understanding of the real importance of workplace safety.

This ignorance has carried over to today's industry, the analysts say. After the fall of Communism in 1989, poor enforcement and general legislative upheaval meant that employers were no longer forced to adhere closely to the rules - whose significance no one had truly understood in the first place.

"That's the reason why they became lax on the issue," said Ján Bunčák, a sociologist with Comenius University.

"When you look at workers on construction sites in Slovakia, none of them wear a helmet. In western countries, they would be fired immediately because their shift manager would be responsible for seeing they do so, and would not take the risk of losing his own job for not ensuring workers followed safety rules. The problem is that no employer has yet been sent to court and punished for this," Bunčák added.

But not all Slovak firms agree with the sociologist's assessment. Milan Kupec, spokesman for ferroalloys producer OFZ in northern Slovakia, said his company had made a great effort in educating its workforce on safety.

"It's important for us because accidents only cause problems. If there are individuals who break the rules, it's not due to any shortcoming on our side," he said.

Foreign companies present in Slovakia have not been immune to employees who disregard safety regulations.

Swedish wood-processing firm Swedwood, which runs three factories in Slovakia, said that it was concerned about the number of accidents at its facilities.

Its plant in Závažná Poruba, northern Slovakia, recorded 14 accidents last year, a figure almost twice as high as in any of Swedwood's western facilities.

According to Ján Podstrelenec, human resources manager at the plant, the majority of accidents were caused by employees.

"Workers often underestimate the importance of safety rules. They think nothing can go wrong. Although they are told that they have to obey the rules, they sometimes donşt," Podstrelenec said.