In a report on the central bank's governance of the banking sector, the International Monetary Fund (IMF) at the end of May said that despite a willingness among National Bank of Slovakia (NBS) leaders to improve supervision, "bank soundness continues to be a source of concern".
A mission from the international fund, which visited Slovakia at the beginning of May, stated in its evaluation report that the NBS had:
* insufficient legal enforcement powers 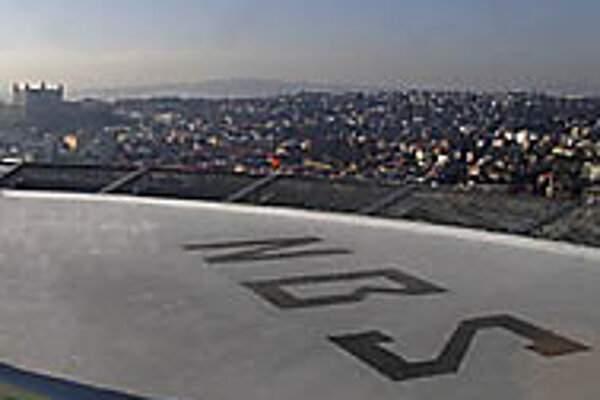 Font size:A-|A+0
In a report on the central bank's governance of the banking sector, the International Monetary Fund (IMF) at the end of May said that despite a willingness among National Bank of Slovakia (NBS) leaders to improve supervision, "bank soundness continues to be a source of concern".

A mission from the international fund, which visited Slovakia at the beginning of May, stated in its evaluation report that the NBS had:

* a shortage of qualified supervision resources

* insufficient skills, techniques, and resources among its bank supervisors

However, while the criticism conformed to many analysts' views on the NBS' handling of the sector, the IMF pointed out that a new Banking Act, currently in its second reading in parliament and expected to come into effect as of July 1, "should contribute to moving Slovakia's legal framework closer to EU standards," and help ensure more successful banking supervision (see chart this page).

Despite the fall of four small banks in a 12-month period between 1999 and 2000, the central bank has repeatedly defended itself against criticism, saying that it lacked sufficient tools to prevent the collapses.

While the IMF report suggests that this might be the case, analysts agree with the Fund that the new Banking Act will strengthen the NBS' hand in dealing with potential sector crises.

"So far, bank supervision has been passive. The central bank intervened only after the worst came - a bank collapse. It didn't help eliminate the risks which led to such a state. The law would empower the NBS to react immediately if a bank fails to meet the criteria [set out in the new law], thus preventing a collapse," said Tomáš Kmeť, research analyst at Slovenská sporitelňa bank.

At a press conference May 21, NBS Governor Marián Jusko acknowledged the IMF's findings, but denied that the international group had been overly critical of his organisation's performance.

"The goal of the NBS is to improve bank supervision to bring it to a level equal with that of developed European countries," he said, adding that with the new Banking Act the central bank would finally be able to properly supervise the sector.

Joining other central bank chiefs, he said that the NBS would be focusing on enlarging and educating its personnel in parallel with the introduction of the new law, adding that the legislation in itself would automatically make its supervision more effective.

"This is a completely new law which increases and strengthens our bank's supervision competencies and powers. It strictly specifies when to shut a bank down, when to impose forced administration, as well as the collective or individual responsibility for a [banking] crime," said Ján Onda, NBS spokesperson.

Analysts agreed with the assessment. "This law will certainly help because it would unify bank regulations and make banks' statements adhere to more transparent rules. Current bank supervision is obviously unrealistic, since it allows highly risky banks, whose capital adequacy [the ratio between a bank's capital and its total assets - ed. note] is below 2%, or even in minus figures, to still exist," said Juraj Kotian of sporitelna.

The NBS has set banks' capital adequacy ratios at 8%, the minimum level in the Banking Act.

The central bank last year came under fire from some observers for allowing a small private bank, Devín banka, to run into difficulties with its capital adequacy.

In early June last year the bank was saved from collapse only by a 2.5 billion crown government bail-out. The bank, which has been charged by the Finance Ministry with recovering three billion crowns ($60 million) in debt from Russia, has a capital adequacy ratio in minus figures.

However, with the Russian money still to recover, analysts believe that the state may have to intervene again in some way to save the bank if an investor into the finance house is not found. The bank is believed to be on the verge of finding a new investor, which would have to bring its risks down, or boost its capital to meet the law's guidelines.

When asked if Devín banka would lose its licence once the new law comes into affect, were it to still fail to reach its capital adequacy ratios, Jusko said: "We all know that the government treats Devín banka differently. Right now the bank is ready to raise its basic capital, but a bid has not yet been submitted. However, we hope that with closer monitoring under the law we can help to solve the problems in Devín banka."