Review: English is easy: Teaching the Mafia a foreign tongue 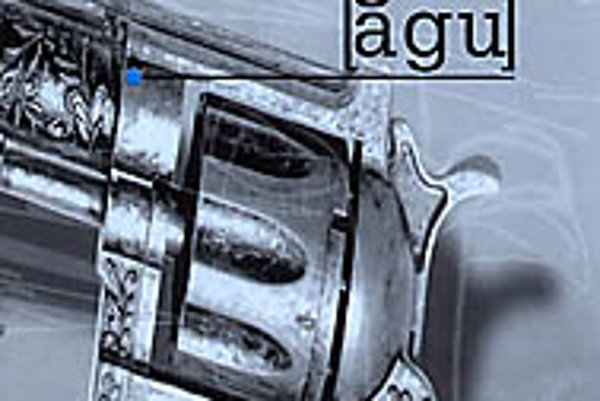 Mafiosi Miki owns Bratislava. It's his town. Now Miki wants to go abroad. He's got health, he's got money. What does Miki need?

In Gunagu Theatre's English is easy (Csaby is dead), the answer is simple: the English language. The play opens with Miki back from a business trip to London informing his three lackeys that they will spend the next two months learning English. "When you know that language, that makes business."

His right hand man Robo kidnaps a teacher and brings him back to their apartment. He's a chemistry teacher, but never mind - with a cocked gun shoved in his face, he'll teach English. They start with colours. Miki recognises black from the phrase 'black and white', but confuses 'and' with 'end', and berates his teacher for pulling a fast one. Tough classroom.

English is easy (Csaby is dead) has lots of fun with the English language, but is more a hilarious study of the nylon-suit-wearing, gun-wielding Bratislava scumbag. When the English teacher introduces the colour red, he suggests using the power drink Red Bull as a mnemonic. "Have you guys heard of Red Bull?" he asks. "Buddy," responds Robo. "What do you think we live on?"

If you live in Bratislava, these guys could be your neighbours. They wear gold chains and gaudy suits. They have closely shaved heads, and their every second word is a swear word. Playwright Karol Vosátko said the play's inspiration came from imitations of these thugs by Peter Batthyany, who plays Robo. It's not hard to see why. Batthyany so embodies the cocky young Mafioso, seeing him after the show it was hard to believe he was anything other than his character.

Vosátko gives his actors plenty of choice material, like when their English teacher confesses to having waited for decades for a faculty member to retire, and Miki responds, "Now with this I could help you." Or when Miki re-examines life after becoming an honorary consul. Or when the English teacher and Miki's sister Paula (played by a man) fall in love, and the teacher, gesturing at the night sky, asks, "Do you like the stars?" "Oh yes," she answers. "I love Brad Pitt."

All but one scene of the two hour plus long play takes place in the group's living room. Dance-beat music, and rapid scene changes keep the tempo lively. The play has several moments that exist outside reality, including short puppet shows, song and dance numbers, and a body builder who floats in and out of the action. They are used, in part, to build a serious undertone, and in one moment of surreal violence near the play's end the audience is left with the awkward feeling of not knowing whether to laugh or gasp in horror.

Perhaps that is the point. How should we view Slovakia's Mafia thugs? So ridiculous and laughable, but with their dark, violent sides.

The point is made, but ultimately takes a back seat to the comedy. When Paula complains to Miki that she no longer wants to live with people who, "carry guns in their pyjamas," there is nothing to do but laugh.