Lack of progress during negotiations between Slovakia and the European Union on one of the most complicated accession chapters - environment - may put the country's accession date even further behind the current estimate of five to ten years from now.
European Union officials have complained of a lack of qualified staff in Slovakia, little progress in adopting EU legislation as well as poor coordination within the current Slovak government, and have begun to doubt the will and ability of some in the Slovak government machine to understand the complexity of the task which faces them. 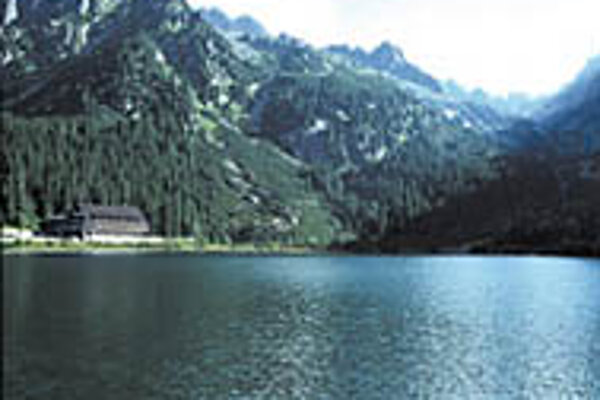 Font size:A-|A+  Comments disabled
Lack of progress during negotiations between Slovakia and the European Union on one of the most complicated accession chapters - environment - may put the country's accession date even further behind the current estimate of five to ten years from now.

European Union officials have complained of a lack of qualified staff in Slovakia, little progress in adopting EU legislation as well as poor coordination within the current Slovak government, and have begun to doubt the will and ability of some in the Slovak government machine to understand the complexity of the task which faces them.

"We would like the Slovak government to strengthen its administration and adopt more of the legislation that we have been negotiating," said Hans van Vliet, desk officer for Slovakia at the General Directorate of the European Commission in Brussels.

Government officials have accepted the criticism, admitting that the EU's evaluation of how little had been done was fair. "The EU's evaluation is critical. We realise that if we don't match up with EU expectations it could postpone our membership in the Union," Deputy Environment Minister Zdenka Tóthová told The Slovak Spectator November 28.

Slovakia has bound itself to adopt all EU legislation on the environment before the beginning of the year 2003. But according to Tóthová, while there are concerns over the adoption of EU environment legislation, a much more difficult and costly task will be its implementation, which is not expected to be complete before 2015. The very expense of harmonising Slovak environment laws to those of the EU will, she said, necessitate financing from beyond the public sphere.

"Looking at how much we get from the budget, I think that it will definitely be necessary to mobilise not only state and public finances but also private sources for the implementation of the legislation," Tóthová said.

Tóthová said that the extra funds were still too little to put legislation into practice quickly, and added that the problem was further complicated by funding caps at other cabinet departments. "It's not only our ministry but also others that will have to implement this legislation, so it will also be important how much money the government decides to give them," she said.

She warned, furthermore, that even sufficient money would not smooth away all concerns. "Even if the government decides to give them [other ministries] more money, they might not use it for implementation of environmental legislation, which is the kind of thing they often do. They still have a different set of priorities than the environment," she sighed.

Van Vliet confirmed that the EU had been urging the government to realise the importance and complexity of putting legislation into practice. "We feel that willingness at the environment ministry to adopt and implement the legislation goes to quite a high level, but there is a lack of awareness about the complexity of the whole issue at other ministries, and that's why we would like these ministries to boost their mutual cooperation," he said.

"Considering the issue of regional development, which is closely connected with the chapter on environment, we can see a lack of willingness from the government to support both issues," Vagačová said.

Figures have shown an overall drop in finances for the environmental sector among EU candidate nations over the last few years, a negative trend that jeopardises both the implementation and adoption of environmental legislation. Slovakia has been no exception.

"The EU is forcing these countries to invest between 2% and 3% of GDP into the environment sector. The only country which has so far managed to stick to this is the Czech Republic. In the case of Slovakia, the figure is about 1.6% of GDP," van Vliet said.

He added that the Slovak government had been slow in taking the external financing that is available for the environment.

"The EU would like the Slovak government to start using additional sources available through our Phare programme. This money is there to support environmental projects, and Slovakia has so far taken only a small portion of it," van Vliet said, adding that implementation of EU legislation in general should not be as difficult as Slovak government representatives have been claiming.

"The key is to come up with efficient strategies for putting this legislation into practice. There is always a financial aspect, but once these strategies are prepared thoroughly there shouldn't be too many problems," van Vliet said.

The last piece of legislation on the environment, related to sewage cleaning, will come into force around 2015.

Tóthová agreed that efficient economic reforms and privatisation could help put the legislation into practice sooner than that. "For example, if the water and sewage utility is transformed soon, there won't be as many financial problems, and implementation can begin sooner than the target date," she said.