The Slovak Defence Ministry is downplaying allegations that 15 of its army brass used to be members of the communist Military Counterintelligence Unit (VKR), part of the feared Czechoslovak secret service - the State Security Police (ŠtB).
The VKR was responsible for weeding out dissenters to the Communist regime.
According to information given to Slovak Defence Minister Jozef Stank by his Czech counterpart Jaroslav Tvrdík at a June 8 meeting in Brussels, the 15 suspected former VKR officers are currently working with the Slovak Army, reported the state run press agency TASR. 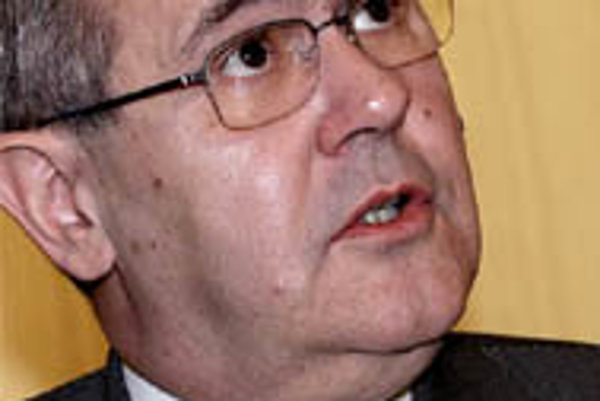 Font size:A-|A+  Comments disabled
The Slovak Defence Ministry is downplaying allegations that 15 of its army brass used to be members of the communist Military Counterintelligence Unit (VKR), part of the feared Czechoslovak secret service - the State Security Police (ŠtB).

The VKR was responsible for weeding out dissenters to the Communist regime.

According to information given to Slovak Defence Minister Jozef Stank by his Czech counterpart Jaroslav Tvrdík at a June 8 meeting in Brussels, the 15 suspected former VKR officers are currently working with the Slovak Army, reported the state run press agency TASR.

Czech Interior Minister Stanislav Gross said June 4 that doubts had been cast on the men after it was determined that some 100 'lustration certificates' - documents issued by the Czechoslovak Interior Ministry from 1991 to 1992 to clear the names of over 150,000 listed as collaborators in the ŠtB database - had been illegally issued.

The lustration certificates were taken as proof that those listed in the ŠtB database had not cooperated with the ŠtB or the Soviet Union's KGB secret service. Those in the database who didn't receive the certificates were to be restricted from holding certain state posts, particularly jobs in the Czechoslovak Interior, Defence, and Foreign Affairs Ministries.

But the Czech Interior Ministry reported that by June 11 this year, it had unearthed 117 certificates issued illegally. Gross laid charges against unknown current or former public officials for abuse of power on June 8, and launched an investigation which he said he hoped would be completed within three months.

Slovak Defence Ministry spokesman Pavol Vitko told The Slovak Spectator June 11 that his ministry would not decide what to do with the army professionals in question until the investigation was completed.

"It's too early to draw conclusions," he said. "It's clear, however, that such people can not continue in posts which give them access to classified state information."

According to Ivo Samson, an analyst at the Slovak Foreign Policy Association think tank, the presence of former VKR officers in the Slovak army may damage the country's credibility in the eyes of NATO, the western military alliance the government hopes to join next year. For that reason, Samson said, Slovakia must act quickly.

"Even if these people hold only insignificant posts in the army or the Defence Ministry, even if they have no access to any secret information, Slovakia can't afford for its foreign partners to even begin wondering whether sensitive information could be leaked to former members of Communist secret police groups," he said. "They must do something quickly."

Defence Minister Jozef Stank told the Slovak daily Sme on June 7 that he would not be pleased if it were confirmed that former VKR members were working in his ministry. "If people [who received illegal lustration certificates] are still holding their job posts, at the very least it suggests that their moral standards are questionable," he said.

But some Czech and Slovak leaders argued that the problem was being blown out of proportion, and that neighbouring countries who had since joined NATO had faced similar situations with no significant backlash.

"This affair should have no impact on our NATO integration ambitions," said Peter Weiss, the head of the parliamentary Foreign Policy Committee and an MP for the reformed communist Democratic Left Party (SDĽ). "If it wasn't a problem for the Czech Republic, Hungary, and Poland, [who became NATO members in 1999 - ed. note] - countries which also have such people in their public offices - why should it be a problem in Slovakia?"

Czech Defence Minister Jaroslav Tvrdík agreed, admitting that there were former VKR members in his ministry, and adding that the past should not be the only criterion of judgement.

"Not all of them should be dismissed just because of their pasts," he said. "For over 10 years [since the fall of Communism] they have done a lot for the [Czech] army. They shouldn't all be thrown into one bag."

Vladimír Palko, head of the Slovak parliament's Military Security Committee, also downplayed the significance of the recent findings. "I don't think this matters much in the eyes of NATO member states," he said. "After all, western officials have no problem accepting Rudolf Schuster as president [Schuster was a life-long Communist Party member, and was the head of the Slovak Communist Party at the time of the 1989 Velvet Revolution - ed. note]."

For foreign policy analyst Samson, though, the possibility of alienating NATO could be easily avoided: "This is an easy problem to solve," he said. "They should be fired. It would be a quick and transparent step, and the people in question would be easily replaced. They are definitely not worth the risk."

When contacted by The Slovak Spectator June 11, the British embassy in Bratislava, which is the current NATO representative body in Slovakia, would not comment on the situation. "We cannot comment until the information is checked and confirmed," said Peter Kerlík, the embassy's press and political attaché.

"It's in the best interest of the country to take the necessary steps if the allegations are proven true," he added. "We want to remain credible partners in the eyes of NATO member states."

The joint commission will help to decide which Slovak defence and security officials will be allowed access to classified information in the future. "All defence sector officials have to be checked for their reliability," Stank said.