Slovakia beginning to win the war on software crime

While representatives from the Slovak police and leaders of BSA Slovakia, an association of software providers, said that more than half of the software in Slovakia continues to be used illegally, both groups agreed that much progress had been made in recent years in the fight against piracy and that domestic businessmen were beginning to wake up to the responsibility of using properly licenced software.
"Our biggest success has been that companies are now beginning to pay attention to using software legally," said Roman Sládek, account manager at Microsoft Slovakia and chairman of BSA Slovakia, which promotes legal software use in Slovakia.... 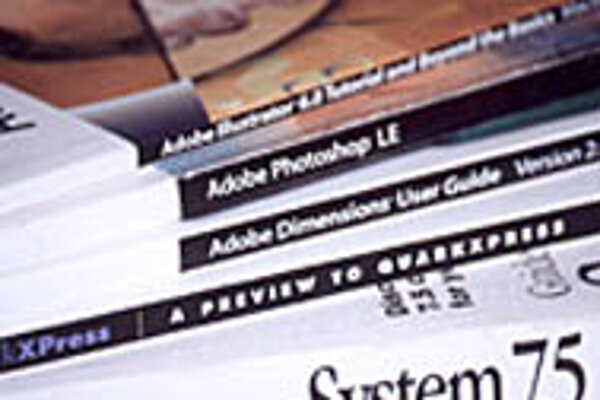 Font size:A-|A+  Comments disabled
While representatives from the Slovak police and leaders of BSA Slovakia, an association of software providers, said that more than half of the software in Slovakia continues to be used illegally, both groups agreed that much progress had been made in recent years in the fight against piracy and that domestic businessmen were beginning to wake up to the responsibility of using properly licenced software.

"Our biggest success has been that companies are now beginning to pay attention to using software legally," said Roman Sládek, account manager at Microsoft Slovakia and chairman of BSA Slovakia, which promotes legal software use in Slovakia. "Many large companies now have a person on staff in charge of making sure that programmes on every computer have been legally licenced."

Robert Jankech of London Logic Bratislava confirmed this trend. "My company deals with bigger clients, all of which pay close attention to software licences."

The temptation for companies, experts say, is to buy one copy of a programme and then copy it for use in all of their computers. Although the practice is still widespread in Slovakia, and offers potentially enormous savings, Sládek says companies need to be aware that they are committing a crime.

"There are those who still think that illegally copying of software is not a real crime, or even not illegal at all," he said. "But it is a crime, a real crime. Every computer needs to have its own licences for all the software it uses."

According to Sládek, whose association advises firms on avoiding risks associated with software, making sure that software has been legally paid for has become a priority for companies with new owners who want to make a break with the past. "A lot of big firms, especially those with foreign investors, are going back and checking their systems to make sure that all the programmes have been paid for."

He added: "All investors in Slovakia should do the same if they don't want a potential bomb from the past to explode in the future."

Discovering that software being used in an office hasn't been paid for can present a difficult dilemma to business leaders, especially for those in small and medium-sized companies. Pavol B., IT manager for a medium-sized Bratislava firm, bought nine computers last year from a small firm. Several months later he discovered that the software they came with hadn't been licenced to his firm.

"Usually when you buy new computers you buy software at the same time. We bought our computers from a small distributor that never erased the hard drives. I didn't realise that we hadn't paid for the software until I went back through the bills."

Faced with a 10,000 crown price tag for each computer, Pavol B. had a tough decision. But ultimately he decided to buy licences for the software so that he could "sleep at night".

"The decision was a little easier for me because I knew our company had the money," he said. "For firms with less money, paying for software can be a financial backbreaker, especially when the more expensive programmes are involved. Salaries and expense budgets are lower in Slovakia, but software prices are nearly the same as in the West. These facts make using software legally a difficult proposition for smaller companies."

Software piracy, on the other hand, results in enormous losses for software companies, as well as lost tax revenues for the government. BSA estimates that in Slovakia in 1999, software firms lost $9.7 million to piracy.

Added pressure from police is making the use of illegal software ever more risky. Sládek gave high praise to Slovak police for working to understand the complex issues involving software crime and cracking down on offenders. In 1999, there were 78 cases of software crime investigated by police with 48 solved and the rest pending. Although police say that around 70% of those cases were end-users, or private individuals, the remainder involved companies.

"I think firms are now aware that the police might come and check to see if their software has all been purchased legally," said Sládek. "Five years ago that wasn't the case."

One industry insider said that recent software cases involving large, reputable firms had increased awareness of software crime among leaders in Slovakia's business community, who now fear the financial penalties and image damage that comes with being caught using illegal software. Slovak police declined to name any firms directly, but said that in the past year one well-known company had been forced to pay 14 million crowns in damages.

According to Pavol Sucha of the Police Presidium Department of Economic Crimes, police in Slovakia usually move on software crimes on the basis of inside information. "We have some investigators and also get information from BSA [on which companies might be using illegal software], but in the majority of cases we act on anonymous tips."

After receiving a tip, police will raid a company to look for evidence that the software it is using is not properly licenced. Aside from damages awarded to software companies, persons directly responsible for software piracy can face jail terms of up to six years.

Efforts by Slovak police seem to be producing results. In a world-wide study of software crime in 1999 conducted by BSA International, Slovakia had the second lowest rate of software piracy in former Eastern Bloc countries. Forty-six percent of Slovak software is pirated as compared to 42% in the Czech Republic, 60% in Poland and 90% in Russia. Slovakia even registered better numbers than several EU countries, such as Greece (71%) and Portugal, (47%) and compared favourably to others, such as France (39%) and Sweden (35%).

Encouraging as the numbers are, Sucha would like to see even more improvement. "I can't say we have been successful yet. Our goal is to decrease the level of software crime until it reaches that which is comparable to the most developed countries in the world, around 30%. We are only beginning to fight software crime."

For the fight against software crime to improve in Slovakia, Sládek says that prosecutors and judges will have to follow the police's lead. "The police do a great job. They are well informed and well trained. But from the time when a case is open to when it is completed is too long because prosecutors, investigators and judges often have very poor knowledge of computers. We are now focusing on training them."

Sládek added BSA would like to see changes in Slovak legislation. "Right now a firm has to declare its computers as property but not its software. We would like companies to be required to declare their software. That way, tax audits would cover programmes run on each computer. Not all companies keep close track of software, but every company pays close attention to taxes."

However, with or without the legal changes the fight against software crime will continue, Sládek said, adding that he expects the percentage of illegal software to continue to drop, but warned that as the Slovak economy grows, losses from Slovak piracy in absolute terms would probably grow with it.

For more information on software crime in Slovakia, as well as for advice on legally handling software, see BSA's web page at www.bsa.sk.