Potential bidders are waiting for word from the Telecoms Ministry on a tender for licences that they say will bring a welcome competitive boost to Slovakia's telecoms market.
Telecoms Office advisor Stanislav Vanek told The Slovak Spectator November 14 that the tender for the sale of at least three licences for the 26 GHz Fixed Wireless Access (FWA) network should be called either at the end of this year or at the beginning of next year at the latest.
"We are not entirely sure at the moment on the exact tender date. We have spoken to the Telecoms Ministry and given them a lot of scenarios for the issuing of the licences. It is now up to them," he said. 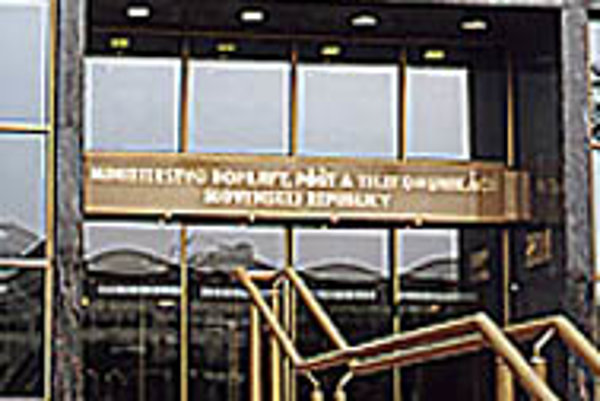 Font size:A-|A+  Comments disabled
Potential bidders are waiting for word from the Telecoms Ministry on a tender for licences that they say will bring a welcome competitive boost to Slovakia's telecoms market.

Telecoms Office advisor Stanislav Vanek told The Slovak Spectator November 14 that the tender for the sale of at least three licences for the 26 GHz Fixed Wireless Access (FWA) network should be called either at the end of this year or at the beginning of next year at the latest.

"We are not entirely sure at the moment on the exact tender date. We have spoken to the Telecoms Ministry and given them a lot of scenarios for the issuing of the licences. It is now up to them," he said.

Companies welcomed the news that they may soon be able to bid for the FWA licences, but said they needed to hear more exact information. "We are very interested, but we will have to wait for an announcement on a tender. We need more details," said Dag Ole Storrosten, head of Telenor subsidiary Nextra.

Current fixed-line monopoly carrier Slovenské telekomunikácie (Slovak Telecom - ST), one of the firms also likely to be interested in the licences, said that it too could not comment until it had been given the full information on the tender.

The Telecoms Minsitry is currently debating whether to hold an auction or a 'beauty contest', the latter licence sale being based more on the advantages a particular bidder could bring to the country than the price paid, and seen as possibly less expensive in the long run for customers. If companies offer a package rather than just the highest price for the licence, the theory goes, high prices for licences would not be passed on to customers in the form of high user fees. The method for the sale of the licence will, Vanek said, determine its final price level and interest.

"There are about 14 firms that have expressed initial interest, but we will only have a clear picture on this after the method of granting the licences has been decided upon. We may find that when that is released, some parties will lose interest, but even then I think we will see a good degree of interest. We think more people will want licences than we will have licences to offer," he said.

According to many in the industry, the granting of the licences will provide ST, majority-owned by German telecoms giant Deutsche Telekom, with new competition.

"With these licences going to new operators we will see an alternative to existing fixed-line networks," said Storrosten.

The FWA networks allow companies to bypass existing phone cables after offices install a receiver for wireless transmissions sent from a transmitter nearby. Operating on broad bandwidths, the wireless connections enable large amounts of data to be transferred quickly, an advantage for companies with high Internet use serviced by a local ISP. The nature of the service prohibits long-distance data transfers.

"This is a good way to get around using the existing cables," said Dušan Meszáros, telecoms analyst at Commerzbank Capital Markets in Prague. "An operator will be looking to sell the service to any company that wants fast Internet access." Nextra's Storrosten added that the opening up of the market for this 'last mile' solution to data transmission would "make for a much more effective market" - something Vanek explained was the principal aim of issuing the licence.

"Our whole intention and aim is to inject more competition into the Slovak telecoms market by offering these licences," the Telecoms Office advisor said. However, some analysts have said that the government's commitment to opening up the market fully will be questioned if the ST monopoly is allowed to bid for an FWA licence.

"The opening up of competition is about offering alternatives, and in some cases if you let the fixed-line monopoly bid for the licence you deny that, you don't give all the alternatives. It is on one hand maybe unfair to rule out anyone prior to a tender, but letting the monopoly fixed-line [company] bid in a market that is not completely independent yet may not increase competition [as much as it could]," said Ondrej Datka, telecoms analyst at Patria Finance in Prague.

"It depends what the government is looking for. If it wants competition, then no, someone like ST should not be allowed to bid."

The news of the FWA tenders came as the issuing of licences for UMTS (Universal Mobile Telecommunications System) third generation mobile phones hit another snag. Following suggestions from Deputy Telecom Minister Dušan Faktor some weeks ago that the ministry considered a beauty contest - a method seen as more open to corruption - a better approach than an auction in selling three UMTS licences some time in the next two years, the government has been forced to look at how much money will be needed to cover the freeing up of wavelengths.

The army will have to give up frequencies it currently uses in order to allow for commercial use of the UMTS services. However, in doing so the military will have to find new communications equipment, a move that may dig a large hole in the state's coffers.

"The army needs to release the frequencies, but it needs money to do so. The government has to decide on how it will cover these funds for the military," Vanek explained. However, he added that the problem was not one that could not be overcome soon, and that he still expected the Telecoms Ministry to make an announcement on the tender method in the first half of next year.

But despite the best efforts of those involved, industry experts have already doubted the success the government may have in any tender. What was an unexpected windfall for British and German governments earlier this year is unlikely to be repeated in Slovakia, they said.

"They [the state] would obviously get less for their licences anyway than Germany and Britain got when they sold theirs, but with this [uncertainty], I think, it will be much less even on a relative scale," said Nextra's Storrosten. "Phone companies are getting much more organised in avoiding greedy governments."

While the April UMTS auction for five licences in London garnered $35 billion for Britain, an auction in Austria was a relative disappointment with the expected $2.5 billion profit ending up at $617 million. One month ago in Italy another UMTS auction saw its eventual licence prices nosedive after one of the bidders pulled out on the eve of the tender, raising questions as to whether the firm had made an agreement with other companies bidding to reduce the competition and lower the licence price.

Boris Kostík, telecoms analyst at Slávia Capital brokerage house in Bratislava, said that until the government made its decision on beauty contest or auction, the UMTS licence price was too uncertain to predict accurately.

"The sum that could be obtained from any of these licences can't be defined yet. This is a problem until the sales [methods] are known," the analyst said.