Under the former communist regime, Slovaks and Poles were officially pronounced natural allies by their respective states. A logical step, considering that the two countries share 444 kilometres of Slovakia's 1,355 kilometre borders.
But despite their proximity and proclamations to the contrary, Slovaks and Poles have traditionally enjoyed a surprisingly shallow relationship. It's almost as if the snow-capped peaks of the High Tatras have created a natural barrier, blocking closer relations and a deeper mutual understanding between the two countries. 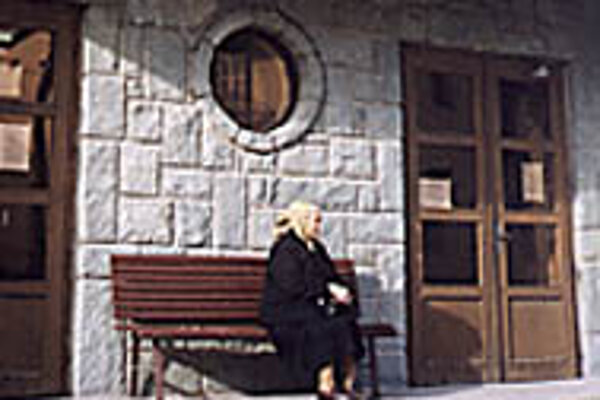 But despite their proximity and proclamations to the contrary, Slovaks and Poles have traditionally enjoyed a surprisingly shallow relationship. It's almost as if the snow-capped peaks of the High Tatras have created a natural barrier, blocking closer relations and a deeper mutual understanding between the two countries.

During communism, contacts with Russia were encouraged (and enforced, some say) as school children were assigned Russian, rather than Polish, pen pals. That orientation, say Poles now living in Slovakia, stunted the growth of what is still an inadequate bond between two countries who share a common past and culture and similar languages.

Indeed, the cultures are so similiar that Poles living in Slovakia often go unrecognised as foreigners, lending to the belief that almost none of the northern nationals even live on Slovak soil. Tadeusz Blonski, head of Klub Polski, which was founded in 1994 for Poles living in Slovakia, said that like himself many Poles came to work in Slovakia under the communist regime, married Slovaks, stayed in the country and became Slovak citizens.

"Everybody knows that Poles regularly visit the Tatras for skiing but many people don't even know that there are some of us actually living in Slovakia," Blonski said. "I myself wouldn't dare to estimate how many Poles live here. But it's interesting, for example, that until recently nobody knew that Bohdan Warchal, one of Slovakia's most famous violin players and conductors, has Polish roots."

As Blonski said, one area where the Polish presence is ever felt is in northern Slovakia's mountainous regions. "About 90% of our guests are Poles during the winter season," said Peter Vlček, owner of Rača hotel in Oščadnica, a village 10 kilometres from the Polish border. "Many of them are regular visitors who come here every winter for a week of skiing."

Slavo Uličný, a 23-year old student from the eastern Slovak town of Ražňany, has also noted the numerous Polish skiiers at Slovak resorts. "The slopes are full of Polish tourists in the winter," he said. "They don't have such mountains in Poland so they come here. Plus, it's very easy to communicate with the locals because northern Slovak dialects are very similar to those in southern Poland."

Poles enjoy Slovak holiday resorts so much, said Blonski, because of historical and political reasons. The Polish had always experienced poor, even volatile, relations with Germany, which borders Poland to the west, he explained, and with Russia to the east. "But we've never had any conflicts with Slovakia. And now the communication is quite easygoing and spontaneous."

Communication is made easier by the fact that Slovak and Polish, both Slavic languages, are similiar and easy to mutually understand. A Slovak who has never studied the language can understand "at least 50% of Polish the first time they ever hear the language," said Uličný.

Poland's top country officials agree. Speaking in front of diplomats and academics at Comenius University on November 6, Tadeusz Mazoviecki, Poland's Premier for European Integration and an internationally respected crusader for democratic principles under communism, said that language was one of several similarities between the neighbouring countries.

"After a week in your country, I would be able to read your papers." Mazoviecki said. "Polish and Slovak are the two most similar Slavic languages. Also, both Slovakia and Poland had to deal with similar tasks after the fall of communism, like reforms, which created similar problems in both states. This experience allows us to understand each other very well."

Blonski agreed, but remained dumbfounded and full of lament that the countries could not forge closer relations. "It's a shame that while we are so close physically on the map, we just don't know much about each other."

"We need more organisations of this kind," Blonski said. "It would be of mutual advantage if ties were built up and cultural as well as business contacts were encouraged by both parties."