As a case-study of successful brownfield investment in Slovakia, Austrian company Neusiedler AG's acquisition of a 50% stake in the central Slovak pulp and paper producer Severoslovenské celulózky a papierne (SCP) Ružomberok in June this year is one the country's brightest.
Despite a few problems in the course of negotiating the investment with Slovak shareholders, Neusiedler representatives say that the deal was well worth the small hassles, SCP being one of Slovakia's most viable companies. 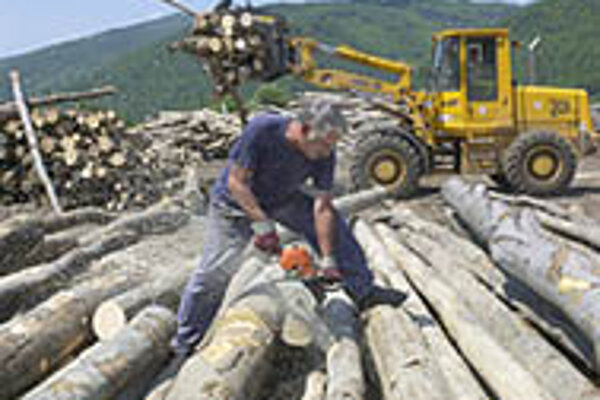 Font size:A-|A+  Comments disabled
As a case-study of successful brownfield investment in Slovakia, Austrian company Neusiedler AG's acquisition of a 50% stake in the central Slovak pulp and paper producer Severoslovenské celulózky a papierne (SCP) Ružomberok in June this year is one the country's brightest.

Despite a few problems in the course of negotiating the investment with Slovak shareholders, Neusiedler representatives say that the deal was well worth the small hassles, SCP being one of Slovakia's most viable companies.

Analysts have agreed, saying that the most important advantage SCP had in comparison with many Slovak firms seeking a similar brownfield investment was its clear structure, growing revenues and good prospects for future expansion and profit growth - a must for a foreign investor.

"SCP is one of the few bright examples of companies that haven't been asset- stripped. The company has a very good potential for future growth," said Marek Jakoby, an analyst with the M.E.S.A.10 economic think-tank.

SCP doubled its profits for the first half of this year over the same period of last year to 812.6 million crowns [$16.2 million].

According to Gunter Hassler, executive director for Neusiedler AG and the person responsible for SCP's business development, it was the health of SCP itself that was the driving force behind his company's decision to come to Slovakia. "It was all very sound in SCP, no mismanagement. People there are very capable, which is crucial for us. Considering SCP's future, it perfectly matches with our expansion plans," Hassler said.

Under terms of the deal this summer, SCP's majority shareholder Eco Invest - which had originally privatised a 67% stake in the company for 1.1 billion crowns [$21.9 million] in 1996 later buying an additional 30% - sold a 50% stake to Neusiedler for 4 billion crowns [$79.8 million].

Hassler said that the overall economic and political situation in the country was improving, encouraging similar investments. "This is what is significant for us. Slovakia is a neighbouring country and we know its culture quite well. Apart from that, we know that the country will make up the gap it has with other European countries," he said.

Although praising the success the Slovak government has had with economic improvement, Hassler said that Neusiedler hadn't been offered any help from the government with its investment. "We are not dependent on this form of assistance but we would highly appreciate it, especially some tax breaks," Hassler said.

Government representatives have said they are trying to improve the overall economic situation in the country by designing suitable legislation so that not just some, but all, investors could profit from incentive packages. Present tax incentives, including holidays, are available only to greenfield investors.

Ján Jursa, an advisor to Deputy Prime Minister for the Economy Ivan Mikloš said: "What we can do and are doing is to improve Slovakia's legal framework, to lower the bureaucracy in state administrative offices, and to speed up some procedures necessary for a brownfield investor to transfer shares and property to their ownership, these kinds of things."

However, crucial issues to boost brownfield investment such as VAT exemptions and zero taxes for import of technologies are only planned. "What I think also has to be done is to provide all new brownfield investors with two year tax holidays and thus help them to raise their [the companies into which they invest] production [in the early part of their investment]," Jursa said.

A recently approved draft of the Bankruptcy Law, according to Jursa, provides new opportunities for foreign companies to enter existing Slovak businesses and turn relatively illiquid companies into dynamic businesses. "Faster bankruptcy procedures would allow more foreign entities to buy into Slovak businesses, use their skilled labour force, machines and gain profits just by putting some capital into them and setting up adequate marketing policies," Jursa said.

But before foreign businesses decide to invest into a Slovak company, Hassler said, there were a few things which had to be made clear. "Following our example, an investor has to have a clear picture of how people work in that company. If they find out that people are well-trained and the company is well-managed, not mismanaged, there is already some common ground for them and a huge step forward is taken. All they can do then is only to rely on economic development and political stability in the country," Hassler said.

"Otherwise, if a company is mismanaged," Hassler added, "it has to have huge potential connected with the business it's doing for us to consider it viable and invest into it. If there is a lack of transparency, we would rather withdraw".

But according to Dušan Meszáros, an analyst with Commerzbank Capital Markets in Prague, every investment boils down to a question of cost. "Everything depends on the investor's priorities. He considers issues such as access to the market and expenses connected with a company's transformation. Even when the company's structure is not transparent, with the possibility of asset stripping, an investor might buy into it if it's easy to re-shuffle this structure and turn the company into the entity with clear relations - just as [American steel firm] US Steel did with [its investment into Košice-based steel manufacturer] VSŽ," Meszáros said.