Embraco Slovakia's factory in Spišská Nová Ves is the third site the compressor manufacturer has established outside of its native Brazil, although it is the firm's first greenfield project. With 1,000 employees and an initial investment in 1999 of $45 million, Embraco Slovakia exports all of its production to Europe and the US, and has taken on some of the more labour-intensive parts of Embraco's Italian operation.
The Slovak Spectator spoke on November 6 to Antonello Lanfranco, chief operating manager of Embraco Slovakia, to get his views on investing in this country. 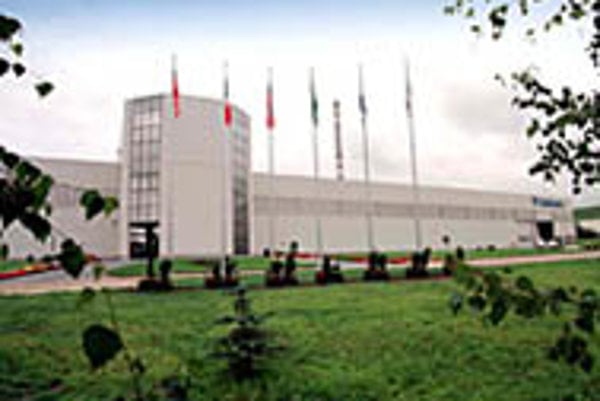 Font size:A-|A+  Comments disabled
Embraco Slovakia's factory in Spišská Nová Ves is the third site the compressor manufacturer has established outside of its native Brazil, although it is the firm's first greenfield project. With 1,000 employees and an initial investment in 1999 of $45 million, Embraco Slovakia exports all of its production to Europe and the US, and has taken on some of the more labour-intensive parts of Embraco's Italian operation.

The Slovak Spectator spoke on November 6 to Antonello Lanfranco, chief operating manager of Embraco Slovakia, to get his views on investing in this country.

The Slovak Spectator (TSS): How much did your cooperation with Whirlpool affect your decision to come to Slovakia?

Antonello Lanfranco (AL): In the very beginning we were not thinking of moving to eastern Europe, but rather of building an operation in central America. Then, as the market evolved, we understood the real opportunities were in central Europe and we started to investigate the Czech Republic, Hungary and Slovakia.

We chose Slovakia because, among other things, it offered us a better opportunity regarding labour costs than either Hungary or the Czech Republic, which was already well on the way towards alignment with EU labour costs. Furthermore, Slovakia was among the countries applying for membership in the EU, and although it was not in the first group, it had a good background and was expected to enter the EU. Finally, we had information from other companies, such as Whirlpool, telling us that they were satisfied [with their Slovak investments].

The next step was having a closer look at a site, and Whirlpool helped us in establishing the 'communication channels'. We needed to quickly find a solution for our problems since we were very rushed for time in developing this project, because we were also re-organising our Italian plant and we needed a short-term solution that would allow us to do this. We decided to buy a used building rather than erect a new one because we understood that in Slovakia it might take longer than in Italy because of climatic conditions.

TSS: In the time you've been here, what events have been most formative of your perception of the Slovak investment environment?

AL: There is a general consensus at our company, after two years, that we made the right choice in coming to Slovakia. Although there is still some uncertainty, it seems the political situation is reasonable, the economy is growing and the country is improving. I've seen huge changes since I first began to know about Slovakia in July 1997. The currency is doing well, the economic policies are right, and Slovakia is generally doing much better than we expected and making up ground lost to Poland and the Czech Republic, if not Hungary.

We are also very satisfied with the way people, and no doubt our employees, behave. They are very receptive to what we teach, and understand the information and use it in the right way. They follow rules very precisely, which means that our final products are of very high quality. We were able to achieve a result in terms of quality in less than two years in Slovakia which took five years in Brazil and Italy.

TSS: Do you have any expansion plans, if the Slovak operation is doing so well?

AL: We decided in the middle of 1999 on a further step towards vertical integration and expansion. This will be completed by the beginning of next year. We did it because things were going well, and we wanted to accelerate the process. The latest steps, which will be approved in the upcoming weeks, will mean employment for another 100 people.

TSS: The Japanese firm Matsushita Electronic is investing in the same region of central Slovakia as you did. As a fellow foreign investor, have you been in touch to advise them on what to expect?

AL: So far we have had no official contacts. I know they are rebuilding the plant, and they are using some of the companies which worked for us. But I would like to establish a good neighbourhood relationship [with Matsushita], because there are not so many of us foreign investors. One of the critical things we found when moving to Slovakia was problems with logistics, with the transportation of goods and so on. They make electronics, so I don't know if we will be able to synergise, but the more contact we have the better we can take advantage of any opportunities.

TSS: How much assistance did you get from the Slovak government in setting up your operations?

AL: Not very much, I would say. But we have an excellent relationship with the local administration, with the community of Spišská, with the mayor. It took a while, because in the beginning people were a bit sceptical. We came here and said 'OK, we're going to open a factory, to employ 800 people, and we're going to do it in less than two years.' They looked at us as if we were from Mars. But I can understand this, knowing what happened in former communist countries in this region after the 1989 revolution. Western companies sold a lot of garbage, promising good results, and at the end of the day these countries had to pay a lot of money and had nothing in their hands but rusty things which didn't work. So we expect these kinds of difficulties in the beginning. But we were able to break down the barriers in a few months, after the local administration saw things growing at such a rapid pace.

Generally speaking, the [national] government is now starting to change its approach towards foreign investors. There are signals that something more is boiling. But no, we don't get a lot of help beyond the tax holiday and some incentives for retraining workers.

TSS: What do you think of the latest investment package?

AL: I think that overall, the investment process could be quicker and less complicated - if you look at Wales, you see they have one agency which can get an investor through all the hurdles, including all the papers and permissions he needs, in one week.

The Slovak package still helps, of course, particularly the tax breaks. I'm told there are other incentives being prepared for those who are settling now, including financing or subsidising buildings and energy, roads, infrastructure generally. If this comes, it will be welcomed by foreign investors.

But in the end, the real things that bring investors will not be tax breaks but labour costs and the opportunity to develop a local supply base. Embraco was not just looking for a plant in a low-wage site, but we also wanted to develop local suppliers not only for our Slovak plant but also for our Italian one. This kind of competitiveness that Slovakia has should be promoted. Western countries such as Italy have to understand that global competition is very tough, and western companies have to become competitive and remember that their competitive advantage in technology and quality is not enough to prevent them from disappearing. Technology and quality can also be found here [in Slovakia].