The Bank Board of the central bank has given its approval to amendments to the Banking Act that it claims will give it far more scope in dealing with errant finance houses.
National Bank of Slovakia (NBS) chiefs gave their approval to the amendments October 27 and must now wait for the legislation to be approved first by the government, expected in November or early December, and later by parliament.
At the heart of the changes to the Banking Act is a set of far more clearly defined steps the central bank can take in dealing with poorly performing banks, and a timetable for action the NBS must take if banks find themselves heading into problems with liquidity. 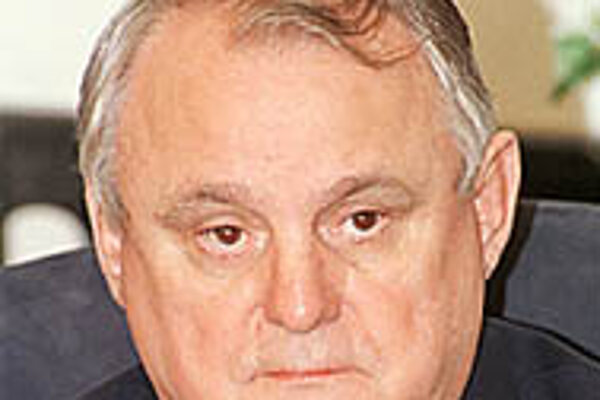 Font size:A-|A+
The Bank Board of the central bank has given its approval to amendments to the Banking Act that it claims will give it far more scope in dealing with errant finance houses.

National Bank of Slovakia (NBS) chiefs gave their approval to the amendments October 27 and must now wait for the legislation to be approved first by the government, expected in November or early December, and later by parliament.

At the heart of the changes to the Banking Act is a set of far more clearly defined steps the central bank can take in dealing with poorly performing banks, and a timetable for action the NBS must take if banks find themselves heading into problems with liquidity.

"The revision of the Banking Act resolves problems stemming from the ambiguous and formal way in which the powers of the NBS and the Ministry of Finance in state supervision over financial institutions are defined," said NBS spokesman Ján Onda.

The central bank has come under criticism in the past for its supervision of the banking sector in Slovakia. This criticism intensified this summer following the collapse of four banks over a period of ten months and the government's intervention in the case of crippled Devín banka. The government extended a controversial 2.5 billion crown ($50 million) loan to the bank after it failed to meet minimum reserve requirements for eight consecutive two-week monitoring periods.

The central bank has long countered criticism with the argument that it has not had the powers to adequately supervise the sector. Analysts say that with the legal changes proposed, there will soon be no excuse for the central bank if more banks fall.

"This is a very important step for the banking sector and will improve greatly the role of supervision [of the central bank]," said Vladimír Tvaroška, advisor to Deputy Prime Minister for the Economy Ivan Mikloš.

World Bank consultant for Slovakia Anton Marcičíin added: "The amendments allow much better banking supervision and give the central bank far more powers. The law says clearly that the NBS has to act in certain cases. We can see nothing wrong with these amendments - on the contrary, a lot of the improvements we wanted to see [in the sector] are there. The tools that were used before were somewhat vaguely defined, now they are much clearer."

Marcincin explained that under the legislative changes there were now clear guidelines and a timetable for steps the NBS would have to take if a bank were found to be in trouble, including early talks with bank supervisory boards and managers and the drafting of action plans for banks suffering from liquidity problems "before things get to the stage when the NBS has to take more drastic steps".

The increase in the supervisory power of the central bank will in itself, experts say, bring a boost to the image of the Slovak banking sector.

"It will make the banking sector better and give more confidence to the sector as a whole," said Ivan Chodák, an analyst at CAIB in Bratislava. "The banking sector in Slovakia is actually in fairly good shape, but there was a need for these amendments," he added.

Martin Barto, head of strategy at SLSP, welcomed the changes. "This is extremely important and will draw us [Slovak banks] much nearer to the criteria of standard, prudent banking policy. I hope that this legislation will be approved and implemented as soon as possible," he said.

The changes will also bring Slovak banking legislation into line with that of the European Union - a move which has been viewed as positive by many experts. "Any move towards EU standards is a good one," said Chodák. "And this brings us closer to European Union guidelines."

The moves are also expected to have a more wide-ranging effect on the economy as a whole and foreign perceptions of it, especially combined with the recent completion of a 100 billion crown ($2 billion) state restructuring programme in the banking sector.

The World Bank's Marcincin said: "There will be an effect on bank privatisation and the whole sector in general. It's hard to say if these amendments will have a direct impact on the price of banks before privatisation, but it is important generally for the whole economy to have proper powers with institutions," he said. "This is a positive change for Slovakia."

The government is hoping to sell majority stakes in its three largest bank's - SLSP, Všeobecná úverová banka (VÚB) and Investičná a rozvojová banka (IRB) - within the next 12 months.

The changes proposed to banking sector legislation will also include an amendment to the Deposit Protection Act, which presently ensures a 100% gurantee for client deposits. The amendment is expected to be approved with a 90% guarantee, lowering the cost of bank failures for the state and encouraging depositors to be more prudent in where they put their savings. "This will really change the decision-making process of bank clients when choosing into which banks they will put their money," said SLSP's Kotian.

The fact that clients will now bear 10% of the risk for their savings will also force banks such as Devín, which are still perceived by the public as chancy, to raise their already high deposit interest rates to compensate for the extra risk clients are incurring. The pressure may force weak banks to either close or follow less risky strategies, something that can only improve the health of the sector.

Following the May collapse of Slovenská kreditná banka (SKB), the central bank declared that commercial banks would contribute a special levy of 0.3% of the average amount of protected deposits in Slovak banks into the Deposit Protection Fund. The fund was left essentially penniless after a 1.7 billion crown payoff of protected deposits of another collapsed bank, AG banka, prompting the government's loan to Devín banka.