After a slow start during the 1990s, large shopping centres are spreading like wildfire around Slovakia. While the country did not see its first 'hypermarket' - a shopping centre with at least 5,000 square metres in floor space - until June 1999, by the end of 2000 Slovakia had 11 such facilities. The most aggressive hypermarket builder in Slovakia, British retail chain Tesco, has promised a further 10 sites by the end of 2002.
Bratislava, whose citizens are the wealthiest in the country and whose infrastructure is the best developed, has attracted the lion's share of retail centre investment, and 2001 is shaping up to be no different. 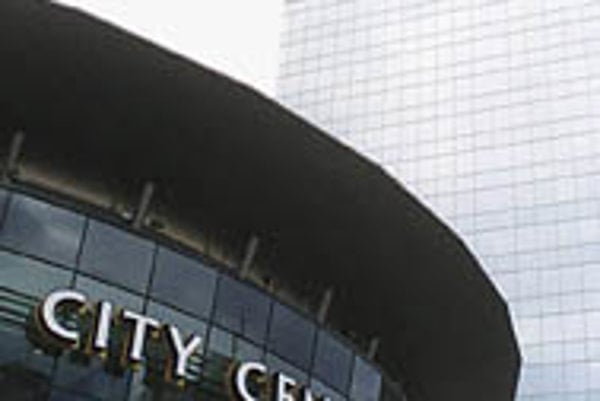 Font size:A-|A+  Comments disabled
After a slow start during the 1990s, large shopping centres are spreading like wildfire around Slovakia. While the country did not see its first 'hypermarket' - a shopping centre with at least 5,000 square metres in floor space - until June 1999, by the end of 2000 Slovakia had 11 such facilities. The most aggressive hypermarket builder in Slovakia, British retail chain Tesco, has promised a further 10 sites by the end of 2002.

Bratislava, whose citizens are the wealthiest in the country and whose infrastructure is the best developed, has attracted the lion's share of retail centre investment, and 2001 is shaping up to be no different.

Following the construction of the 10,000 square metre Soravia Shopping Centre in the capital in 1998 at a cost of 500 million crowns (currently $10 million), foundation stones were laid in the next 12 months for the 58,500 square metre Polus City Centre (at an investment of $75 million and counting) and the massive 100,000 square metre Aupark in the Bratislava suburb of Petržalka (about $40 million).

These two giant retail complexes will be joined this fall by the $30 million Tatracentrum complex on a main downtown square, and in spring 2002 by the roughly $50 million IKEA Shopping Park.

While no exact statistics are kept on the size of the total investment the new retail centre construction has brought, senior ING bank analyst Ján Tóth pointed to wholesale and retail investments as a possible clue; such investments jumped from 13 billion Slovak crowns in 1998 to 20.6 billion last year.

"The trend towards increasing construction of such sites was seen in neighbouring countries a few years ago, so it's natural that it has now come also to us," said Róbert Prega, an analyst at Tatra Banka. "It's also logical that the developers of these huge and financially demanding projects are gathering in Bratislava, since the capital has the strongest purchasing power in the country, and its GDP-per-capita level is very close to the European Union average."

For the average citizen, the sudden deluge of superstores may have seemed overwhelming. While a search of Slovak press for the word 'hypermarket' in 1998 turns up only 18 entries, the figure climbs to 812 for the year 2000; in 2001, with the year less than half over, the press has already mentioned the word 535 times.

"Only hypermarkets themselves know when the market is saturated and the building spree will end," said Bratislava Deputy Mayor Pavol Minárik.

But for retail industry experts, the boom has a long way to go before it peters out. Slovakia's 11 hypermarkets at the end of last year made for roughly two per million citizens, compared to 18 in France and Germany and seven in the Czech Republic.

Some of the room for growth has been created by changing Slovak consumer habits, which in effect has not increased the total size of the retail pie, but has given a bigger slice to huge retailers and giant shopping centres.

"People have started shopping more in hypermarkets, which have plunged into the market here at the expense of smaller retailers," said Martin Kadleček of the GfK market survey agency. While in June 2000 only 3% of Slovaks did their shopping in hypermarkets, the agency predicts that number will reach 15% by the end of 2002.

The developers of the new shopping centres, for their part, say that having taken market share away from small retailers, they are hard at work creating marketing niches within the retail sector to guarantee that their projects will attract enough customers to survive.

Marek Vrbovský, a representative of HB Reavis, developer of the Aupark project, said his facility would be unique in that it was "the only high-street shopping mall project in Slovakia. Of course, every shopping project means a certain level of competition for us, but we are creating something completely different than the others."

Thus, while Polus City Centre and Aupark are both multi-functional shopping and entertainment centres, the latter is stressing more its entertainment advantages and quality-label retailers, while Polus is pushing its shopping advantages and prevalence of local retailers. The Ikea Shopping Park is focusing largely on retailing household furniture and electric appliances.

Moreover, some centres - such as Polus - are also offering space under their roofs to business clients who lease offices in an 18-storey administrative building. This administrative space, said Jana Ferenčáková from Polus' marketing department, was largely used by the head offices of firms taking retail space, but was also open to other businesses.

The retail development boom has not left smiles on everyone's faces, however.

Town officials in Bratislava complain that the increasing number of shopping centres is putting pressure on smaller domestic retailers, squeezing them out of both the market and the capital's prime business locations.

Bratislava officials also complain about the increasing number of cars brought to the city by its four hypermarkets, and argue that the utilitarian retail centre buildings disturb's the city's architectural environment.

"We have experienced various development waves coming into this town, and now it's the turn of shopping chains," said Bratislava's Minárik. Given the disturbance caused, he said, "I'm surprised citizens haven't complained more vocally."

Tatra banka's Prega, who says retail centres are "enjoying huge success in Bratislava at the moment," predicts the wave will spread across other Slovak regions in the near future.

But to judge from Košice, Slovakia's second-largest city, where two huge retail centres are to open in the next 12 months (the Cassovia Centre and the Optima Centre), the flood has already begun.