Slovak drug consumption to be curbed

Slovaks consume too many medical drugs, say officials of the Health Ministry. Some 8.5 million doctor-prescribed pills are swallowed daily by the Slovak population, an average of 1.6 per inhabitant, compared to 1.2 pills per day by the Czechs.
Drugs remain largely free in Slovakia, covered by state subsidies and health insurers. The ministry blames this fact for the nation's high drug consumption, saying that after 40 years of free health care, Slovaks have little idea of what medicaments really cost. 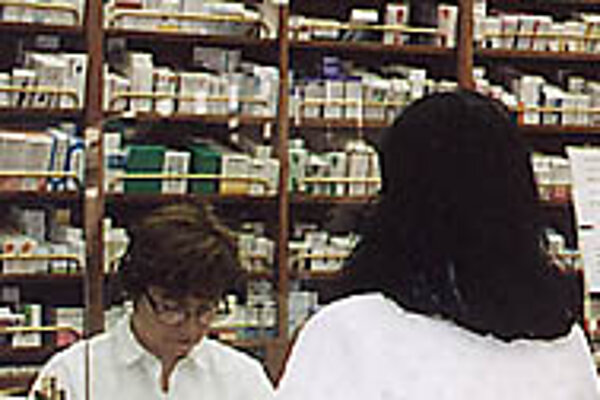 Font size:A-|A+  Comments disabled
Slovaks consume too many medical drugs, say officials of the Health Ministry. Some 8.5 million doctor-prescribed pills are swallowed daily by the Slovak population, an average of 1.6 per inhabitant, compared to 1.2 pills per day by the Czechs.

Drugs remain largely free in Slovakia, covered by state subsidies and health insurers. The ministry blames this fact for the nation's high drug consumption, saying that after 40 years of free health care, Slovaks have little idea of what medicaments really cost.

"Under Communism, everyone had free and easy access to medication," said Ján Šipeky, the head of the pharmaceuticals section at the Health Ministry. "This easy access still exists today, but now real prices are attached to all services and drugs, prices which the state can no longer cover. Many Slovaks still don't realise this."

Since the 1989 fall of Communism in Slovakia, the daily consumption of pills per Slovak has remained around 1.6 (except for an unexplained decrease in 1995, when the daily average dropped to 0.9 pills per person). But the ministry did not become concerned over Slovakia's drug intake until the mid-1990's, when prices for drugs tripled over what they were in 1990.

With the ministry now saying it can no longer foot the nation's drug bill, change is finally at hand to the country's cheap drug regime. A new plan set to take effect July 1 limits the number of prescriptions doctors can give out, and thus looks to cap Slovakia's prescription drug intake.

The Association of Private Doctors (ASL) recently agreed to a ministry-proposed 'limits system' which sets quotas for how many prescriptions a doctor can hand out to different age groups. The quotas have not yet been set, but under the plan senior citizens would be allowed more pills than younger patients.

The ASL and the ministry also agreed on a system of 'motivational benefits' which would reward doctors who stay within the limits by giving them more state money per patient they have on their books than doctors who exceed the limits.

The ministry's Šipeky said he was encouraged, but not entirely satisfied by the move. Calling the change "a basic, inevitable step towards the reform of drug prescription in Slovakia," he added that the measure was still faulty.

"Those doctors who keep to the agreement will be motivated in that the state will pay them more than those who exceed the limits," he said. "But for the latter, there's no proverbial whip, there's no consequences for not sticking to the quotas. This must be a part of the agreement too. Otherwise the 'bad guys' won't change and will continue to prescribe too many drugs."

A nation of hypochondriacs?

A long-standing financial crisis in the health care sector has left many Slovak hospitals without money to pay for cleaning supplies, repairs, blood tests, toilet paper, utility bills and state-approved pay hikes for staff. Given the strains on the system, some Slovaks are asking whether the nation has grown used to demanding frequent medical care.

"I don't think we're hypochondriacs. We're simply a nation that likes its doctors," quipped Health Minister Roman Kováč for the Slovak daily paper Národná obroda last week. "That's why every time we pass a doctor's office, we always pop in just to see how Mr. Doctor is doing."

Although Kováč' statement was made in jest, it contained an element of truth. Health Ministry statistics show that Slovaks visit their doctors on average 17 times a year - in comparison, Austrians visit the doctor's office six times a year, while the Poles go just five times.

Šipeky said Slovaks' dependency on doctors and drugs could be traced to three factors. The first, he argued, was that in Slovakia Communism had not been followed by a government advocating real prices for treatments and medicine, prolonging the illusion that the state could afford complete coverage.

"The Czech Republic, for example, had eight years of a right-oriented government [headed by the Civil Democratic Party of Václav Klaus - ed. note] which reformed communist-era practices," Šipeky said. "But in Slovakia, we didn't have such a government."

The second factor, according to Šipeky, was that doctors still prescribe drugs without first considering other possible treatments.

"And the third factor is the patients," he continued. "They demand drugs as if pills are the answer to all ailments. Some people want drugs for even the most minor of illnesses, like the common cold."

Eduard Kováč, the head of Slovakia's largest health insurer Všeobecná zdravotná poisťovňa (VšZP), agreed, saying it was common for his firm to cover patients consuming 30 to 40 different types of drugs at any given time.

"Last year we had a patient who had his doctor prescribe for him 78 different types of drugs," Kováč said.

Slight changes in national medical habits have been noted. Because Slovaks go for medical help so frequently, doctors say, personal visits are being cut shorter. According to ministry statistics, doctors spent an average of 11.5 minutes with each patient in 1995; last year, visits were down to 8.9 minutes.

However, doctor Richard Barán of western Slovakia's Galanta hospital said that some people still visited doctors for reasons other than medical. "They come in even though some of their ailments could easily be treated at home by drinking hot tea and taking an aspirin," he said.

"For some people, the waiting room is more a place of social interaction."