Foreign buyers? Come one, come all

Bucking the trend in other states aiming to join the European Union (EU), which are pushing for barriers to be erected to potential EU buyers of local real estate, Slovakia is actually looking for more foreigners to buy domestically-owned houses and apartments.
The reason, says the Foreign Ministry, is simple. Slovakia is banking on foreigners to raise local employment levels.
"Foreigners' investments into Slovak real estate can only help the country," said Miroslav Adamiš, head of the EU integration section at the Foreign Ministry. "We'd be happy if there were more [foreigners in Slovakia]. 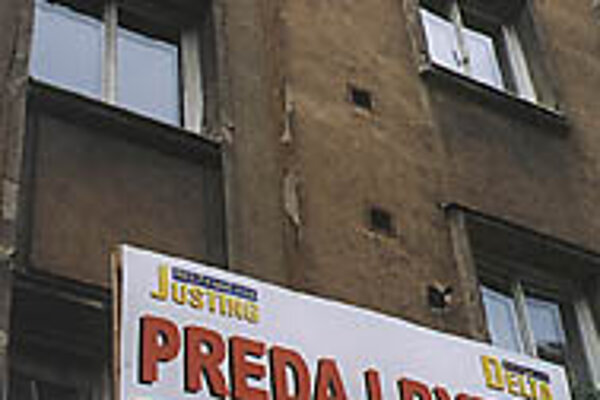 Font size:A-|A+  Comments disabled
Bucking the trend in other states aiming to join the European Union (EU), which are pushing for barriers to be erected to potential EU buyers of local real estate, Slovakia is actually looking for more foreigners to buy domestically-owned houses and apartments.

The reason, says the Foreign Ministry, is simple. Slovakia is banking on foreigners to raise local employment levels.

"Foreigners' investments into Slovak real estate can only help the country," said Miroslav Adamiš, head of the EU integration section at the Foreign Ministry. "We'd be happy if there were more [foreigners in Slovakia].

"These people [western citizens] are used to higher-quality services, better recreational opportunities and so on. They would naturally create a demand for these, and thus new employment opportunities would open up."

The government's attitude is in stark contrast to the stance of many other EU candidate countries.

Hungary, the Czech Republic and Poland, which like Slovakia are bidding to enter the Union in 2004, have asked for delays on adopting legislation that would give EU citizens the right to purchase property in new member states after they enter the 15-member bloc. Slovakia has not.

Bratislava dropped an original request for a delay in adopting EU legislation permitting such purchases six months ago, after a detailed study carried out by the National Association of Real Estate Agencies (NARKS).

Real estate firms argue that the authoritarian former political regime of Vladimír Mečiar between 1994 and 1998 created an uncertain business environment, prompting many foreigners to shy away from investing money into Slovak property. Rather than fork out large sums for houses, the agencies say, foreigners turned to renting offices and apartments.

"After an initial boom in the early 1990s, when demand for real estate was higher than supply, the majority of foreigners [through the 1990s] chose long-term rents over the purchase of real estate," the NARKS analysis stated.

It's a situation among foreigners that has to be reversed, he said. "In general there's never been particularly high interest in either rent or purchase of real estate here, and that's why we need to encourage people to come here," he added.

However, the process is not that simple. Today, foreigners can only buy real estate under certain conditions.

Non-Slovaks, as individuals, are permitted to acquire property only through inheritance, for diplomatic representation, by marriage with a Slovak citizen, or through any other relative who is a Slovak citizen. Non-Slovaks can also obtain real estate when they raise a new building on a plot of land they have previously bought, or if set out in special legislation, such as the Restitution Law. Otherwise, however, foreign individuals cannot buy real estate in the country.

Foreign companies, on the other hand, can buy property. Under the Forex Law, valid since January 1 2001, legal entities have been able to buy real estate in Slovakia. After opening a bank account and buying real estate, the property is then registered under ownership of the firm, not of the individual.

If Slovakia joins the EU, however, Slovak laws will have to be changed to match EU legislation. This means that any EU citizen will be able to buy real estate without registering a firm first, Boris Randa of real estate firm Spiller Farmer explained.

"The whole process will become simpler, and interest in doing so will likely rise as well," he said.

But with the rise in demand will come higher prices, says Randa - the reason for the original request for a delay in EU real estate rules taking force in Slovakia.

Some Slovaks believe that if there is nothing to stop more affluent westerners snapping up property in Slovakia that is relatively much cheaper than in EU countries, ordinary Slovaks may be priced out of the market. A four-room apartment in the centre of Bratislava costs upwards of $50,000, while a similar flat in London would be valued at ten times that sum.

"Just look at the living standards of western developed countries, of course they'll be able to pay for real estate more easily than Slovaks," Randa said. "We fear that Slovaks will be disadvantaged on the market simply because they don't have the kind of money to compete with offers made by foreigners," he added.

But other realty specialists dismiss Randa's fears. Kardoš said that after 11 years on the Slovak real estate market he could tell that "neither a massive increase in interest in real estate, nor a massive rise in prices of property is likely to happen".

"If somebody really wanted to buy houses, castles, or anything else," he said, "he would have easily done it long ago through a third person, or by simply starting a firm in Slovakia. Almost all you need for the latter is 200,000 [$4,000, the basic capital required to start a limited liability company].

"Also, there are many beautiful manor houses, cottages and so on, which nobody wants, and which are falling down because reconstruction is expensive for Slovaks. These people [foreigners] would be able to stop our historical buildings falling to pieces. There's no reason why we should prevent them from coming here."