New airline Sky Europe still trying to get off the ground

Sky Europe, a new airline expected to inject life into the flagging Slovak air industry, said June 21 that after protracted negotiations with the government the launch of the first regular scheduled flights from Bratislava to major European destinations has been delayed.
While at the beginning of 2001, the company counted on hitting the summer travel rush by becoming the first airline to run regular direct flights to Paris, London and Rome from Bratislava, five months later, its bosses are admitting they were overly optimistic in their original plans. 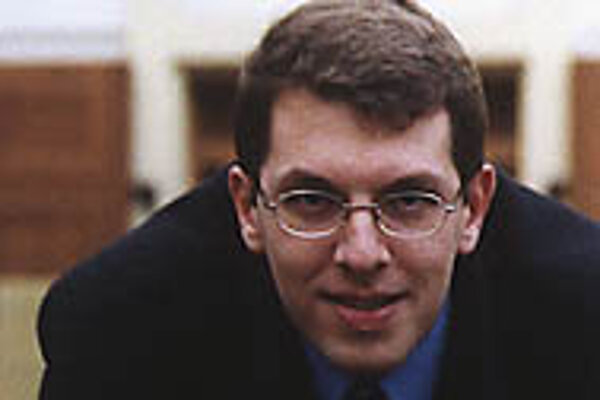 Font size:A-|A+0
Sky Europe, a new airline expected to inject life into the flagging Slovak air industry, said June 21 that after protracted negotiations with the government the launch of the first regular scheduled flights from Bratislava to major European destinations has been delayed.

While at the beginning of 2001, the company counted on hitting the summer travel rush by becoming the first airline to run regular direct flights to Paris, London and Rome from Bratislava, five months later, its bosses are admitting they were overly optimistic in their original plans.

"Our launching date will depend upon the signature of a memorandum of understanding with the government. Our target date would be to start in autumn," Sky Europe's CEO Christian Mandl told The Slovak Spectator.

Although boasting five international airports on its soil, no airline runs direct flights to major European hubs and only 16% of Bratislava airport's capacity is used. Many foreigners and Slovaks use Vienna's Schwechat airport, about 60 kilometres from Bratislava, much to the chagrin of current airlines operating out of the Slovak capital.

Sky Europe's plans, announced in January this year, were greeted warmly by both travellers, and the foreign business community in Slovakia. Mandl claimed then that his company could revolutionise the air industry in Slovakia, stop travellers from Slovakia flying out of Vienna, and help turn Bratislava airport into a more profitable business operation.

However, since then the plans have faltered. Sky Europe's wish to have withdrawn the 23% VAT which air carriers presently have to pay for importing aircrafts, and to facilitate the transit to the airport of passengers to neighbouring countries has been agreed to by the government; but it has yet to find a consensus with the state on obtaining a tax holiday, as well as guarantees in the case of the airport's privatisation, and the price of fuel, one of the highest in Europe.

The government has also as yet failed to sign a memorandum of understanding with the company ensuring that the promise to withdraw the taxes would be kept.

When contacted by The Slovak Spectator, government officials refused to confirm that any of the planned breaks it has proffered for the airline would be included in the final memorandum.

"We have been incorporating the results of individual talks which Sky Europe has had with different ministries into the memorandum, but it's not worth talking about it before all parts of the document are agreed on," said Alan Sitár, chairman of the board at government investment agency SARIO, which has been coordinating discussions on the new airline among different state bodies.

Mandl is anxious to see the government's promises put in official words. "We have been satisfied with the cooperation of Finance Minister [Brigita] Schmögnerová, but we need to have all this in the memorandum. We want to have a signed document. We won't start unless these barriers [to operation] disappear," Mandl said.

The demand for an airline running flights from Bratislava airport to major European hubs has grown with the arrival of a record foreign investment stock of $2 billion last year. With new incentives for investors recently approved by cabinet, and investors saying they have been encouraged by the progress Slovakia is making in joining NATO and the EU, even higher investment figures are expected over the next few years.

But businessmen have often complained about having to make the journey to Vienna to get to the rest of Europe, and some of them believe that more investors would be attracted to Slovakia if they knew there were direct flight links to the Slovak capital.

"This [direct flights] would put the country on the air map, which is very important bearing in mind it will join the European Union in a couple of years," said Onno Simons, counsellor of the EC delegation to Slovakia, adding that the new airline would greatly enhance Slovakia's tourism industry.

"I myself find it stressful to drive on a slow road [there is no highway connection between Vienna and Bratislava - ed. note] every time I need to fly. In Bratislava, I could just take a taxi and get to the airport in a few minutes," he added.

SARIO is aware that delays in finalising the Sky Europe deal, as with delays in any other deal, damage investors' views of Slovakia. "We realise that slow and often ineffective cooperation with state administration may change an investor's business plan and even reflect on their view of the investment climate in Slovakia and impair the trust they have had towards that climate so far," said Sitár.

However, Sky Europe's frustrations with the delays in getting its airline off the ground have not yet dampened the enthusiasm of Mandl and his team for the operation. He says that he remains "optimistic" about the project, and like many other foreign investors to Slovakia who run into state bureaucracy, he has decided to be patient.

"We are in rush, but we will also respect the government's timetable. We would prefer to solve all the issues before starting, and not to start and trz to solve problems afterwards.," said Mandl.