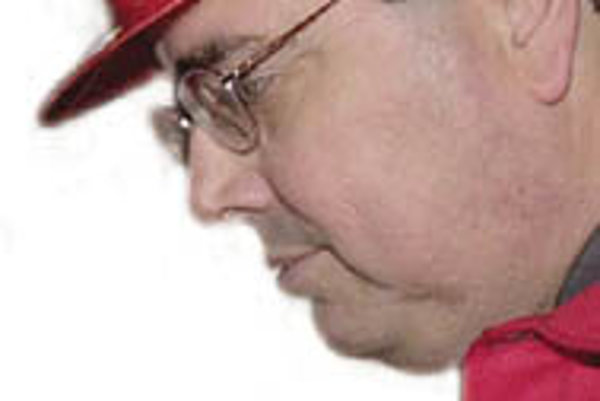 Font size:A-|A+  Comments disabled
When John Goodish finished speaking to 700 representatives of 360 US Steel Košice suppliers July 4, the head of the American steel giant had delivered a message loud and clear: There will be no bribery at US Steel Košice, and no bribery will be tolerated among its suppliers.

The president of US Steel Košice had called the suppliers together after it was uncovered that both they and US Steel Košice employees had been involved in offering and receiving bribes. Two contracted partners had allegedly told the American firm that it would have to pay 25-40 million crowns if it wanted to do business with them.

code Goodish stressed was drawn up in accordance with the national Labour Law, and one which does not tolerate bribery.

"And we won't hesitate to do it again if we find more [bribery cases]," the US Steel boss made clear to his audience.

Following its acquisition of the Slovak steel mill VSŽ last fall, the American steel company said that it wanted to be a good corporate citizen. It has since launched programmes to educate employees on the dangers of alcohol in the workplace and help workers with alcohol problems, sponsored local sports teams, organised charity events and made significant donations to charities and local hospitals.

Goodish's latest message to employees has taken US Steel's role of corporate citizen one step further, and left the firm leading a fight against private sector corruption. No other firm in Slovakia, Slovak or foreign, has made such a public statement on the need for all employees to abide by not just company law, but Slovak law.

"The code of ethics which we drew up conforms with the Slovak Labour Code, and therefore, violation of that code is a violation of the law. Our good reputation has been damaged by some workers who did not obey this law. We have already taken action against them, and against the suppliers and partners that were involved.

"We know that bribes continue in practice, but this must stop immediately. There is no surcharge for working with us," warned Goodish.

But his words didn't only reach the ears of US Steel's suppliers. Those involved in the fight against public sector corruption took notice, and said Goodish's resolve formed a striking comparison with the government's apparent inability to root out public sector graft.

"US Steel's actions can be an example to the public sector that when there is a real incentive, this type of thing can be done. It is also an indictment of the fact that there is no real shareholder in the public sector [forcing this kind of action]," said Emília Sičáková, head of corruption watchdog Transparency International Slovakia, and one of the architects of the government's own National Fight Against Corruption plan, announced in February 2000.

While the private sector is beginning to act on the need to "clean its table", the public sector appears not to be following this lead, according to Sičáková.

"If the private sector wants to keep itself clean, it understands it has to have its own fight against corruption. Shareholders of companies, in this case US Steel, know that it's best for them to keep their company clean," she explained, adding that the public sector did not face the same business imperatives.

"The public sector should know that it needs to keep itself clean as well, but the difference between the public and private sectors is that the shareholders in the private sector, those taking the decisions, are real owners of something. In the public sector the ownership isn't clear, and the people taking the decisions aren't real owners. In the public sector, the shareholders are the electorate, people who decide who makes decisions for them. And in society there is a wider tolerance of corruption [than among business shareholders], and the people making decisions know that the electorate bases decisions [at election time] on many different things, not just performance against corruption."

A series of scandals

A series of high-profile scandals involving separate government offices and ministries, one of which led to the sacking of a deputy prime minister, has left Sičáková and other members of the fight against corruption wondering if the government's electoral manifesto pledge three years ago to root out corruption at all levels of society is being actively fulfilled.

In April this year, the European Commission (EC) suspended PHARE funds to Slovakia because of suspicions of their misuse by a senior official at the Office of Government, Roland Tóth. The funding was reinstated after assurances from PM Mikuláš Dzurinda that the matter would be dealt with quickly.

However, then Deputy PM for Integration, Pavol Hamžík, was sacked when it emerged he had known about the suspension of funding because of the suspicions surrounding his deputy, Tóth, weeks beforehand, but had not told anyone. An EU investigation team is working in Slovakia and is expected to produce its findings in September.

This was followed by news in June that an audit of the Office for State Aid, carried out by the Finance Ministry, showed that four million crowns of state money had been misspent. The office had apparently spent large sums on items such as information brochures on the Sydney 2000 Olympics, incorrect use of service cars for employees, and the classification of certain employees into wage brackets to which they were not entitled. Other employees had racked up huge mobile phone bills, and some phones had even been lent to people unconnected to the office.

The Finance Ministry is pressing for the removal of the head of the office, Miroslav Hladík. However, Hladík has said he sees no reason to resign, and unless he steps down voluntarily, the matter will have to be resolved by MPs, the position being a parliamentary-appointed one. Finance Minister Brigita Schmognerová has suggested that she will press for government to propose his recall.

Then, on July 30, a tender for the supply of a 1.2 billion crown information system for the state treasury was suspended after the Finance Ministry said it had "good reason to suspect bribery in the tender process". Three firms had expressed an interest in the tender: Siemens Business Services Austria, IBM Slovakia and Hewlett-Packard Austria.

"We had suspicions that an attempt was being made to manipulate the process with bribes being given to tender commission members," Finance Ministry spokesman Peter Papanek told The Slovak Spectator August 2.

On August 7 it was reported that the ministry had given information to the Attorney General that Siemens offered 1.5 million crowns to a member of the commission, Daniel Ferianček, to vote for the firm in the tender, and 2.5 million crowns if he could persuade other commission members to do the same.

The ministry has said that it will cancel the tender completely if the Attorney General rules there had been corruption in the process.

The Finance Ministry is aware of the damage such scandals can cause Slovakia, both in terms of its image abroad and its ability to persuade investors that the Slovak market is safe, as well as to attract the financial and political backing of the European Union.

The European Parliament's annual report on the progress made by Slovakia towards EU accession (Slovakia hopes to join the EU in 2004) released on July 17 said that Slovakia still had "certain weaknesses in important areas like financial control" and that the government must "press ahead with the adoption of draft legislation for Public Internal Financial control as a matter of urgency..."

EC concerns about the handling of its funds were raised immediately after the Tóth affair came to light. The Union has also recently said it will not release 5.5 million euros of PHARE funds to the state investment agency SARIO until concerns over secure financing and possible conflicts of interest (see story page 6).

"We really regret the view that EU countries take of unresolved cases of corruption," said Papanek.

But the ministry's worst fears may not be realised. The EC delegation in Bratislava welcomed the government's action in dealing with the Roland Tóth case. It has also taken a firmly positive view of the Finance Ministry's actions in suspending the tender for the state treasury information system.

"Manipulation [of tenders] happens in all countries, not just Slovakia. Wherever there is public procurement there is a potential risk of manipulation. If there are suspicions of irregularities then it is obvious that the tender must be suspended, and we welcome it if the Finance Ministry is following this procedure," said Jochen Schult, counsellor at the EC delegation in Bratislava.

"This is an opportunity for Slovak state bodies to show that they are dealing with this in the correct fashion and that they can solve cases like this," added EC delegation spokesman Branislav Slyško.

But while the EC may be giving its vocal support to some of the state's efforts against corruption, others remain unhappy.

In a stinging letter written for the Slovak daily Sme August 4, Transparency International attacked the government's failure to put its promises into practice. The government, it said, has talked a lot about its plans to fight corruption and make more information public to increase levels of transparency, but has not moved those plans off paper and into practice.

In the private sector, said Sičáková, moves to root out corruption have already got out of the boardroom and into working practice with US Steel's uncompromising approach.

"We are very happy that US Steel has taken this step. A large company is really just like a small kind of [state] bureaucratic organ: the more people you have in a large company, the more chance there is for corruption."