Last month's passage of a law on regional reform, while meeting a key demand from the European Union, has plunged Slovakia into greater political turmoil than the Mikuláš Dzurinda government has faced since taking power in 1998.
During its July 4 vote on the regional reform law, parliament changed several government-approved paragraphs to the dismay of the Hungarian Coalition Party (SMK), which had wanted greater powers devolved from the central government to proposed regional parliaments. The day after the vote, SMK chief Béla Bugár called for the party's national council to meet August 25 and decide whether the SMK should leave the ruling coalition. He termed parliament's reform "a black day for democracy in Slovakia". 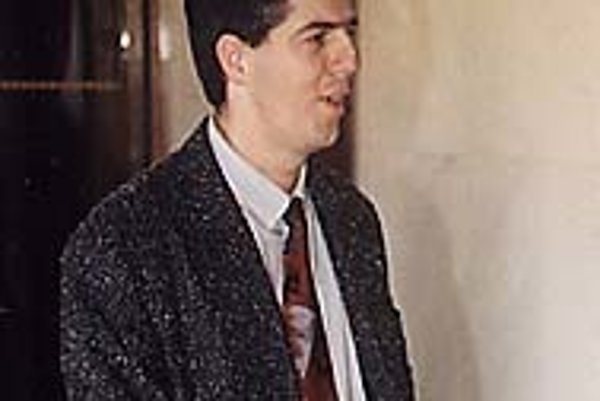 Font size:A-|A+0
Last month's passage of a law on regional reform, while meeting a key demand from the European Union, has plunged Slovakia into greater political turmoil than the Mikuláš Dzurinda government has faced since taking power in 1998.

During its July 4 vote on the regional reform law, parliament changed several government-approved paragraphs to the dismay of the Hungarian Coalition Party (SMK), which had wanted greater powers devolved from the central government to proposed regional parliaments. The day after the vote, SMK chief Béla Bugár called for the party's national council to meet August 25 and decide whether the SMK should leave the ruling coalition. He termed parliament's reform "a black day for democracy in Slovakia".

Since then, the SMK has become even more radical in its demands, while its four ruling coalition partners have become steadily more polarized over whether to placate the Hungarians.

A meeting of coalition leaders August 3 lasted barely one hour before the parties adjourned, accusing each other of not having come ready to find compromise. A four-hour sitting of the SMK's senior leaders August 6, on the other hand, produced a united outcome - a formal recommendation that the SMK national council take the party out of government. The SMK leadership was due to send all party members a latter outlining the reasons behind its decision to depart August 10.

While the precise impact of the SMK's departure cannot be forecast, analysts fear that it could seriously damage the government's domestic stability and international image, and could lead to early elections being called.

Grigorij Mesežnikov, president of the Institute for Public Affairs think tank, said the failure of the August 3 coalition meeting had exhausted "the last drop in the cup of the SMK's patience", and warned that were the Hungarians to exit the government, "it could hurt the country's image because it could lower the level of stability [in Slovakia] exactly at a time when Slovakia is in the negotiation process [to join the NATO military alliance and the EU]."

This view was echoed by Deputy Prime Minister for Integration Mária Kadlečíková, who said that "having started as a government coalition together, it would be good for us to finish together. It would be a very important sign of political stability for our integration partners." She added the EU would be particularly disturbed to see the SMK leave the government, as minority relations had in the past "been a weak point, a very sensitive issue for Slovakia."

This is not the first time the SMK has been at loggerheads with its coalition partners. Since the government came to power in October 1998, the SMK has feuded with the former communist Democratic Left Party (SDĽ) for control of a state land fund, as well as with the conservative Christian Democrats (KDH) over a statue in the ethnic Hungarian city of Komárno.

The SMK was also deeply unhappy with the final shape of the government's 1999 minority language law, and fought tooth and nail to have a Minority Languages Charter passed, a faculty for the education of Hungarian language teachers established, and the preamble of the Constitution changed. To date, its only success has been the charter, signed on February 20.

In regional reform, the SMK had hoped to have existing regional Slovak borders redrawn to give the ethnic minority a significant demographic weighting in at least one part of the country. However, parliament's July 4 version of the law, and an amendment giving the central government power to interfere in the decisions of regional assemblies, dashed the SMK's hopes of giving ethnic Hungarians greater say in how they are ruled.

Some SMK officials had said before the August 3 coalition summit that were the government to change the regional reform laws to suit Hungarian demands, they might remain in government. But with the SDĽ and leftist Civic Understanding Party (SOP) refusing such changes, the meeting adjourned. Analyst Mesežnikov explained that the two left-wing parties appeared to have dismissed the Hungarians as partners.

"The ways in which they are thinking of garnering support for the government, if it didn't have a majority in parliament, shows that they are no longer counting on the SMK as a coalition partner. In the end they don't even want the SMK as a silent partner of the governing coalition," he said.

The two left-wing government parties have said that were the Hungarians to leave government, they would have to withdraw all of their state nominees - including three government members, four deputy ministers, the vice-chair of the Slovak Land Fund, the directorship of pipelines firm Transpetrol, a seat on the supervisory board of utility Slovenské elektrárne (SE) and seven heads of state district offices. Keeping the non-government posts had been a compromise the SMK suggested for its silent support of the government were it to leave. "They can't have one foot out of the government coalition and leave the other foot in," responded SDĽ Vice-Chairman Ľubomír Andrassy.

The opposition HZDS party of former Prime Minister Vladimír Mečiar has also weighed into the debate, with HZDS shadow Culture Minister Dušan Jarjabek declaring August 7 that the party was willing to discuss supporting a minority government "on the condition that the groundless criminalisation of our party's members cease." Neither the SDĽ nor SOP have ruled such co-operation out, with SOP boss Pavol Hamžík declaring before the August 3 meeting that "the coalition should already have begun negotiating with the opposition as well."

For other members of the coalition, however, the hard line taken by the left wingers to Hungarian demands is regrettable. "I regard it [demands the Hungarians lose all state posts] as very incorrect," said František Šebej, an independent member of parliament. "A minority government could last with the support of the SMK until the end of its term [in September 2002]. Such support needs to be carefully pursued - we don't need muscle-bound words such as the SOP and SDĽ are using. And I can't even imagine a government supported by the HZDS. In that case it would not just be SMK members leaving the coalition."

A final decision on the party's government role is to be taken by the SMK national council at its August 25 meeting, following which the other ruling parties have said they will respond in kind.