Slovak pianist Elena Letňanová, a former communist dissident who fled Czechoslovakia in 1984, is in high demand on the international concert circuit. In early August she performed with American violinist Ernesto Farago in Austria and Germany. And after a Friedrich Nietzche recital in Munich, she was immediately asked to record a CD of the famous philosopher's work.
Success is not new for Letňanová, the first Slovak musician ever to play Carnegie Hall in New York. She has won accolades in Rome, London, Prague, Bordeaux, Vienna and San Francisco, and is listed in New York's Billboard International and Cambridge's Who's Who of International Authors. She has published a massive tome on music, and taught at prestigious institutions.
Yet one thing has eluded her since returning to Slovakia from political exile in 1992: recognition on her home soil. 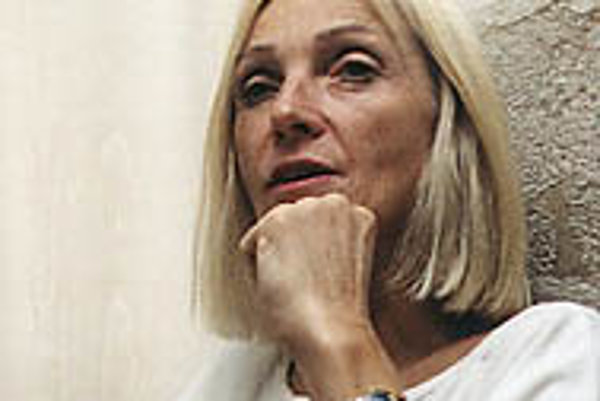 Font size:A-|A+  Comments disabled
Slovak pianist Elena Letňanová, a former communist dissident who fled Czechoslovakia in 1984, is in high demand on the international concert circuit. In early August she performed with American violinist Ernesto Farago in Austria and Germany. And after a Friedrich Nietzche recital in Munich, she was immediately asked to record a CD of the famous philosopher's work.

Success is not new for Letňanová, the first Slovak musician ever to play Carnegie Hall in New York. She has won accolades in Rome, London, Prague, Bordeaux, Vienna and San Francisco, and is listed in New York's Billboard International and Cambridge's Who's Who of International Authors. She has published a massive tome on music, and taught at prestigious institutions.

Yet one thing has eluded her since returning to Slovakia from political exile in 1992: recognition on her home soil.

The 58 year-old pianist expected the red carpet to be rolled out, grand concerts with packed audiences, eager publishers for her books on music. But in nine years she has played only five concerts in Slovakia (compared to more than 200 abroad between 1984 and 2001) and has yet to be published (compared to two books and myriad essays while in the US). She has gone, she says, from mingling with enthusiastic publishers and promoters to haggling with dismissive directors hiding behind their secretaries.

"I was very disappointed when I came back," she said. "My Slovak career was halted during Communism, and it remains at ground zero today. I feel my work can succeed everywhere but at home."

Letňanová attributes her difficulties to old enemies in high posts. "I can see it will take a long time for the structure of Communism to fall apart completely, for the people who remained in leading positions and aborted my career to depart," she said. "Only then will I be able to play here as before."

It's not a view shared by her musical peers. Jozef Tkáčik, director of the Slovak Philharmonic, said that Letňanová had not done enough herself to make it into the busy schedules of ensembles and performance halls, including his orchestra. "I admit the Philharmonic has rather forgotten about her," he said. "But when a person is not here for a long time, we don't have a good overview of her, and the first move must be made from her side."

Ida Černecká, head of the piano department at Bratislava's University of Fine Arts (VŠMU), added that Letňanová's disappointments were attributable not to lingering communists, but to the changes that have come since the demise of the totalitarian system.

"Elena shouldn't take this personally," she said. "She lived in the West and formed overly idealistic expectations. Slovak culture fell into private hands after the revolution and withered. Many good Slovak pianists lack opportunities to perform here at home."

Born, she points out, under the same zodiac sign as Nietzsche, Letňanová is known for championing new and under-appreciated music - she is one of only a few in the world who play Nietzsche, and she always performs Slovak composers, such as Roman Berger, when on stage abroad.

In person, as in concert, she seems deeply touched by the music around her, by sound in general. At our interview she closed her eyes while responding to questions, and as our photographer adjusted his camera, displayed an amazing ear for tone. "Shhhh," she whispered. "That note [the camera's click] was an F-sharp."

Ernesto Farago described her musical style as highly romantic, her skill comparable to that of the world's greatest pianists. "Her technique, of the German school, is fabulous," he said.

Černecká agrees, and believes that Letňanová should be more appreciated at home, as much for her repertoire as for her playing. "Elena always introduces new works to the public, rather than playing typical classical concerts of well-known works," she said. "And she never neglects to represent her country with Slovak composers."

But Černecká added that Letňanová's hectic schedule and multinational lifestyle are partially to blame for her inability to penetrate the Slovak music scene, and that she must be more willing to push for opportunities to play.

"Since Elena has travelled between here and America she doesn't know the Slovak music environment properly. Only those musicians constantly here can find places for displaying their work," she said. "Moreover, she adapted to the democratic American approach to performing. [In other words] she won't go begging to get concerts."

But Letňanová remains bitter at the indifference of Slovakia's musical elite to her abilities, recalling with obvious disappointment and resentment a letter she received in the 1990s inviting her to interview for a position at a university musical department. By the time the letter reached her, the post had already been filled. She thinks the delay was a deliberate mistake.

"It was too obvious to be coincidence," she said.

From music to dissidence

The daughter of a composer, Letňanová was studying to become an architect in the early 1960s when a broken leg landed her at home. During her convalescence, she immersed herself in her childhood love, the piano. She soon quit architecture school and enrolled in music school. And by the end of the 1960s, now in her late twenties, she was teaching music at Comenius University in Bratislava and performing throughout the Eastern Bloc.

But politics would soon throw her life into disarray. When Warsaw Pact troops invaded Czechoslovakia in 1968, ending the period of reform known as the Prague Spring, Czech student Ján Palach set himself on fire in protest on Václavské Square in Prague. With her husband, a philosopher, Letňanová organised the "Palach rally" in Bratislava soon thereafter. Protesters were dispersed by water cannons and later interrogated. Letňanová refused to inform on those at the rally, and was forced to leave her teaching post in 1970.

Letňanová remained unemployed for four years and was banned from performing. She started teaching again in 1974, and later translated the book The Message From Exile by Russian dissident Alexander Soljenitsyn for Slovakia's black publishing market. But she still couldn't set foot on the stage.

Then, in 1980, her husband divorced her and kidnapped their only child to Germany. After a year and two months of writing impassioned letters, Letňanová was granted permission personally by then-President Gustáv Husák to go abroad and get her child back, which she immediately did. But she lived in fear of the authorities discovering her publishing activities, and in anger from hearing her child cry for a father she was prevented by the Communists from visiting. Letňanová thus vowed to emigrate.

In 1984, on vacation with her child in Yugoslavia, she gave all the money she had to an Austrian couple in exchange for passage on their sailboat to Italy. They were stopped by police twice, but finally made it to the Italian shore, which they swam to once it was in sight. With their rucksacks still soaking, they received political asylum, spending eight months in a refugee camp before landing in Texas.

When Letňanová reached her new home, she painted a picture she named the Re-Erection of a Human Being, which symbolised her feeling that Czechoslovak Communism had made her go through life as though walking like a hunchback, and that now she was free to stand erect again, to realise her dreams.

"In America I restarted my career," she said. Starting as a draft artist at a construction firm, Letňanová gradually worked up to the head of the piano department at the University of Dayton, Ohio.

In the United States she played hundreds of concerts, published scores of articles, wrote a musical screenplay and penned the book Piano Interpretation in the 17th, 18th and 19th Centuries, which was published in 1992. It has since became a textbook at several American universities, and has been translated into several other languages, although not into Slovak.

Letňanová lives in a house in Bratislava that was returned to her as a part of post-communist restitution. She says that her main dreams in life have come true. Her daughter can freely see her father, and she (Letňanová) has become an international piano star. Though disappointed with the Slovakia she found on her return, she says she will continue to look for work here, so that the rest of her dreams can be realised - like playing with the Slovak Philharmonic on a tour through her homeland.