Head of the Slovak Airports Authority (SSL) Juraj Mitka was sacked August 13 by the Transport Ministry over what it said was "a clear case of conflict of interest".
Mitka, who had only days earlier resigned as a member of the supervisory board of air carrier SkyEurope, was delivered the news after being summoned to the ministry to explain his role in the firm.
"Apart from his position in the Airports Authority, Mr. Mitka also had a job with SkyEurope. This firm has asked for a licence to operate as an air carrier, and within that will have economic relationships [with the SSL]. It is a conflict of interest," a spokeswoman for the ministry told The Slovak Spectator August 15.
However, SkyEurope executives have questioned the sacking, pointing out that Mitka had been a member of the firm's supervisory board for almost a year before the matter was brought up. 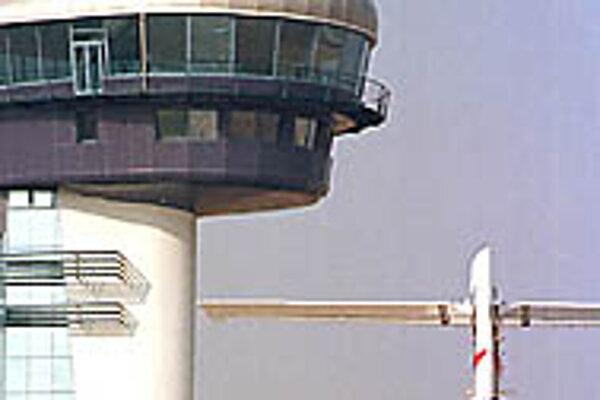 Font size:A-|A+0
Head of the Slovak Airports Authority (SSL) Juraj Mitka was sacked August 13 by the Transport Ministry over what it said was "a clear case of conflict of interest".

Mitka, who had only days earlier resigned as a member of the supervisory board of air carrier SkyEurope, was delivered the news after being summoned to the ministry to explain his role in the firm.

"Apart from his position in the Airports Authority, Mr. Mitka also had a job with SkyEurope. This firm has asked for a licence to operate as an air carrier, and within that will have economic relationships [with the SSL]. It is a conflict of interest," a spokeswoman for the ministry told The Slovak Spectator August 15.

However, SkyEurope executives have questioned the sacking, pointing out that Mitka had been a member of the firm's supervisory board for almost a year before the matter was brought up.

"This is absolutely unfair, because the only aim of Mr. Mitka is to develop civil aviation in Slovakia," said SkyEurope CEO Christian Mandl. "Before someone is accused, facts must be checked and proved. A decision has been made without facts being checked. Our supervisory board has no executive powers, and Mr. Mitka's function was therefore only to supervise and advise the company as an independent Slovak aviation expert. We were perfectly happy to provide proof that Mr. Mitka has no personal interest in the company and that he did not receive any financial compensation.

"He has been on our supervisory board for almost a year and the information has been available on the Internet business register; according to my information his superiors were informed of this. So why is this being brought up now?" Mandl continued. "It's widely known in the industry that Mr. Mitka was against immediate privatisation of the airport, because his strategy was to increase the value of the airport by bringing in more airlines and passengers."

The Transport Ministry responded that it had been unaware of Mitka's post in SkyEurope until media brought up the issue, and had never been informed of the position by the SSL head.

"It was Mr. Mitka's responsibility to inform us of his position, and he did not do so," the ministry spokeswoman said.

Coming to a head

Mitka's dismissal came after a swirl of media attention surrounding an apparent draft memorandum of understanding between the government and SkyEurope, which is planning a possible one billion crown entry into Slovak civil aviation.

SkyEurope is hoping to launch direct flights to a number of European hubs, as well as internal Slovak flights, sometime later this year, and has been in negotiations with the state since January 2001 on a number of issues related to its investment, including breaks on airport fees and taxes on the import of aircraft.

But on August 7, the private station Radio Twist reported that it had obtained a copy of the memorandum showing that SkyEurope would receive:

1. A licence for any internal link that it requested;

2. A state commitment to lowering airport fees for SkyEurope below those normally charged;

3. A state commitment to sell land near Slovak airports for a 'symbolic price' to SkyEurope;

4. Financial subsidies for the creation of jobs;

The story, which also drew attention to Mitka's role in the firm, was picked up by other domestic press, with the national daily Národná obroda running a headline claiming "the company will have many advantages but no responsibilities."

Mandl rejected all suggestions that his firm was being offered special treatment, and said that the memorandum which Radio Twist had obtained was merely a "first draft" of a working agreement between the firm and the state.

"The press are criticising something that doesn't yet exist" he said. "The memorandum at the moment is only a draft, a final one hasn't been worked out."

"There are certain things an investor is entitled to under laws here. What we want is to make clear what we are entitled to and receive those things. The criticism of the 10-year tax holidays and so on is wrong because these are things which an investor is given as incentives for making an investment. We are just working according to the laws."

The exact size of SkyEurope's investment is not yet known, but could be as much as one billion crowns ($20 million). New laws on investment incentives, approved by cabinet and expected to be rubber-stamped by parliament in September, offer investors putting more than nine million euros (about $7 million) into an investment in Slovakia, among other things, a 100% 10-year tax holiday, and subsidies for the creation of new jobs.

Members of Deputy Prime Minister for Economy Ivan Mikloš's office rejected the media claims that the firm was being offered incentives beyond legal norms for the investment as "scandal".

"This is nothing more than a media scandal. There is nothing wrong with [what we are offering] SkyEurope," said Vladimír Tvaroška, advisor to Mikloš.

However, some investment experts have pointed to a very clear conflict of interest, and said that the affair has raised questions over the government's approach to individual investors.

"There was a clear conflict of interest. Mr. Mitka would have been signing documents [for the airport and SkyEurope as a carrier] with both hands at the same time. No one in Slovakia is creating a transparent investment environment for investors in general. As for SkyEurope's calls for lowering airport fees - well, come on, we all know they're really high already, so why not lower them, as long as they are lowered for everybody," said Karol Balog of the Agency for Industrial Development and Revitalisation (AIDR).

"The government should listen to what investors want, not just one investor exclusively, but all of them. There's a huge space for a domestic air carrier, but why not have another one as well? Let them compete," he added.

No direct connections to any major European hubs from Slovak airports exist, and many Slovaks, including government officials and foreign businessmen resident in Slovakia as well as western tourists, are forced to use Vienna's Schwechat airport 60 kilometres away.

When SkyEurope announced plans earlier this year to fly direct routes from Bratislava to Paris, Amsterdam, Brussels, London and Rome, as well as to the eastern Slovak city of Košice, the move was praised as a much-needed shot in the arm for the Slovak air industry.

Investors and members of the European Commission in Slovakia welcomed the chance that they would soon be able to cut out the one and a half hour journey to the Austrian capital, and said that eliminating the need for the journey would boost tourism and investor interest in a Slovakia with a direct link to its capital.

The government is still keen to bring the new airline to Slovakia, but has assured that the benefits it can bring to the economy and potential investment into the country will not be placed above adherence to the law.

"SkyEurope would be a wonderful company for Slovakia, and I hope that they start flying their routes soon. Running these routes would be good for investors, for travel and for tourists. Slovakia needs these regular, direct flights [to European cities]," said Tvaroška.

In spite of the media attention, Mandl said that his company intended to go ahead with its investment.