ŠAMORÍN - While the leadership of the Hungarian Coalition Party (SMK) wrestled with the question of whether or not to abandon the government over a regional reform dispute, 60 year-old Bukor Géza offered some calm advice from a park bench in this predominantly ethnic-Hungarian town of 14,000 in southern Slovakia.
"[SMK Chairman Béla] Bugár and [Prime Minister Mikuláš] Dzurinda should just sit down and talk it all out," the retired Geza said with a gentle wave of his hand, as if brushing the political turmoil aside. "The parties can all come to an agreement - they just have to try." 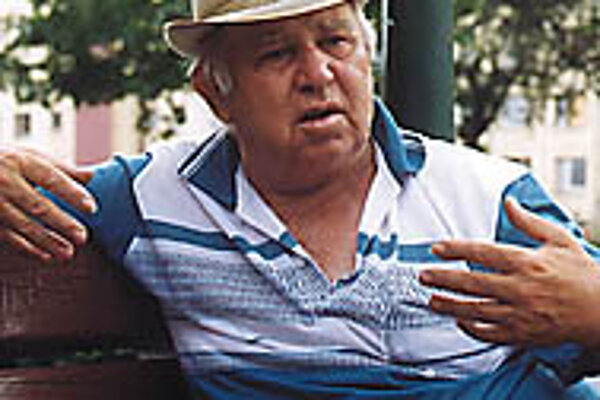 Font size:A-|A+0
ŠAMORÍN - While the leadership of the Hungarian Coalition Party (SMK) wrestled with the question of whether or not to abandon the government over a regional reform dispute, 60 year-old Bukor Géza offered some calm advice from a park bench in this predominantly ethnic-Hungarian town of 14,000 in southern Slovakia.

"[SMK Chairman Béla] Bugár and [Prime Minister Mikuláš] Dzurinda should just sit down and talk it all out," the retired Geza said with a gentle wave of his hand, as if brushing the political turmoil aside. "The parties can all come to an agreement - they just have to try."

Like many of his neighbours in Šamorín, where over 70% of inhabitants are Hungarian by ethnicity, Géza doesn't understand the fuss some 40 kilometres up the road in Bratislava.

There, the Hungarian party leadership is still stinging over Speaker of Parliament Jozef Migaš's decision to call regional elections for December 1, a move which effectively blocked further discussion on changing two contentious regional reform laws approved July 4. Changing those laws had been a condition set by the SMK for its remaining in government. The party's national council was scheduled to make a final decision to stay or go August 25.

Other Šamorín natives seemed poorly informed of some of the SMK's most insistent demands for the welfare of their Hungarian voters, such as the creation of a special 'Komárno County' in southern Slovakia where ethnic Hungarians would be in the majority.

"Komárno County?" repeated Jozef Horváth when he and his wife were asked for their thoughts on the defeated SMK proposal. "What is it? This is the first time we've heard anything about it."

The laconic attitudes expressed in Šamorín were growing among the Hungarian-Slovak electorate, said political analysts, meaning that whatever was said in Bratislava, the SMK on August 25 would come under pressure to show forbearance and patience.

Grigorij Mesežnikov, the head of the IVO think-tank in Bratislava, said that while SMK demands had been largely ignored by their coalition partners over the last three years, ethnic Hungarians still felt that even a subordinate role in the government was better than no role at all.

"I've spoken with Hungarian intellectuals also in [the southern Slovak town of] Šahy," Mesežnikov said. "At first [when the July 4 laws were adopted], people were strongly in favour of leaving the coalition. But now it's reversed, and I wouldn't be surprised if there was a delay in the [August 25] SMK decision. There is now a strong feeling that it's better to stay [in government] and compromise."

The same tolerance for compromise marked how Šamorín residents felt about what the SMK had achieved during its time in government.

"Bugár, I feel, is really trying," Géza said while calling out a greeting in Hungarian to his grandson crossing the square nearby. "The SMK should just hang in there, they shouldn't quit. If they can't solve anything after a few years, then maybe they should walk away."

Others were a bit harder on Bugár, but agreed that he was their best chance at being represented on a national level.

"I'm not satisfied with the SMK and their three years in government because I think they're only thinking of themselves," said unemployed 27 year-old Mário. "Still, the SMK should stay because they're the only chance for Hungarians. We understand that one small party cannot rise to the top and decide everything, that the only way they can be effective is if they work together with the other parties."

Alfréd Csáder, a 46 year-old computer programmer, agreed. "For me, I have no choice but to vote for the SMK," he said. "The only other party even worth giving a vote to is [Ján] Langoš' [right-wing] Democratic Party... but even he would never do anything for Hungarians."

A world of difference

That the concerns of politicians differ from those of the people they claim to represent is not surprising, said sociologist Ján Bunčák, especially in the smaller towns and cities of the agricultural south where ethnic Slovaks and Hungarians live together. In such towns, he said, there are generally few ethnic problems.

"As a rule, politics are followed more closely in cities than in villages," he said. "But in any town where there is a coherent ethnic mixture, the people's political orientation, even if nationalistic, is not manifested. They are living in a city in which Slovaks and Hungarians have good relations with each other, so why would they allow politics to interfere?

"On a local level, Slovaks and Hungarians have good face-to-face relations," he continued. "The problems between the minority and the majority arise on a national level when these groups are represented by politicians."

The relaxed Géza lent support to the sociologist's words: "I feel at home in Slovakia. Slovaks here don't care that I'm Hungarian. All we want to do is just get along and be satisfied with life."

Political scientist Soňa Szomolányi said that the air of indifference in Šamorín was understandable as little would change in town life if the SMK did eventually decide to abandon the coalition.

However, she warned, the effects of a Hungarian pullout could be felt later on.

"There will be little difference in the short-term if the SMK leaves the coalition," Szomolányi said. "But there could be long-term negative effects. If the lack of a Hungarian presence in the government hurts Slovakia's integration efforts and Hungary joins the European Union before Slovakia does, this would be very painful for the ethnic Hungarians in Slovakia."