Securities and stock traders have come out in force against a draft Act on Securities and Investment Services approved by the government August 15.
The Act, if passed in its present form by parliament in September, will send a historically illiquid and virtually inactive stock market to its grave, they say.
"We were anticipating this law with great hopes of bringing a change to the way the [Slovak] securities market works. But the wording and provisions of this law, while adopting European norms, have not taken into account local circumstances," said Michal Hornák, head of the Association of Securities Traders. 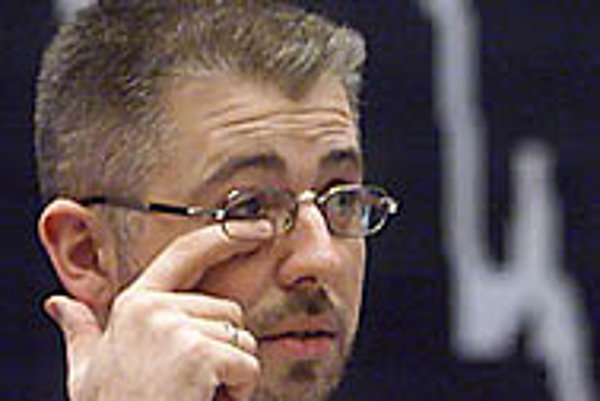 Font size:A-|A+0
Securities and stock traders have come out in force against a draft Act on Securities and Investment Services approved by the government August 15.

The Act, if passed in its present form by parliament in September, will send a historically illiquid and virtually inactive stock market to its grave, they say.

"We were anticipating this law with great hopes of bringing a change to the way the [Slovak] securities market works. But the wording and provisions of this law, while adopting European norms, have not taken into account local circumstances," said Michal Hornák, head of the Association of Securities Traders.

"The people who drew up this law don't understand the history of the local market. It's as if a 'one size fits all' approach has been taken and the history of the Slovak market has not been looked at. We don't want parliament to pass this as it is, and we'll be trying to gain political support to have it changed," he added.

The draft law, which the Finance Ministry says will bring domestic legislation in line with EU and Organisation for Economic Cooperation and Development (OECD) regulations, would replace the already much-amended 1992 Law on Securities as of January 1, 2002.

Among the draft law's most important changes are alterations to methods of registering securities and the work of the central depository, protection of stock brokers' clients, trading securities on the open market, and regulation of the activities of non-banking financial entities.

Experts say that the changes will take current rights away from minority shareholders guaranteeing them an offer of a fair price when majority stakes in a firm are sold; also more institutions will be able to clear trades, taking valuable business away from the Stock Exchange.

The bill sets a minimum capital adequacy for brokerages, with the Office for Financial Markets supervising the criterion on a consolidated basis. An Investor Guarantee Fund, to be created as part of the legislation, is designed also to increase client safety by reimbursing them if a broker is found to be incapable of meeting its obligations.

However, the draft act would remove the obligation placed upon entities buying majority stakes in issues to make a public offer to minority shareholders to buy their shares at a reasonable price; it would also allow more trades to be settled by new institutions acting as securities depositories rather than forcing brokers to go through the stock exchange as is the case in most instances now.

Both provisions would take even more trade away from a perilously inactive stock exchange, experts say. The already generally low levels of trade make it dangerous to take any trading activity away from the stock exchange, they argue.

What is more, the securities depositories provision could cause financial problems, and raises questions over liquidity and the transparency of trades, claimed Juraj Lazový, outgoing head of the Bratislava Stock Exchange (BCPB).

"OK, maybe it's easier for big banks to trade with government bonds outside the Stock Exchange. But if fewer entities are using the stock exchange then it could start to lose money," he said. "And taking trading off the stock market could reduce the liquidity and transparency of trades."

The Bratislava bourse is one of the smallest in Europe. With a market capitalisation of only $3 billion it pales in comparison with neighbouring stock markets such as Prague's. The Czech capital's exchange has a capitalisation of around $50 billion, that figure itself well short of much larger western European exchanges. The BCPB also has few 'blue chip' trades and only 10 listed trades; even domestic traders say that the market is barely alive.

Mooted government plans to kick-start the bourse by placing smaller packages of attractive state shares - such as holdings in gas distributor SPP and mobile phone company Globtel - have come to nothing.

A downward spiral of unattractive companies, low interest from investors and sluggish to non-existent trading, coupled with poor protection of minority shareholders' rights, has diverted investors to neighbouring exchanges and left the Bratislava bourse in a general torpor, dealers say.

Few of these problems will be solved if the law is allowed to go through as it is, they argue, and the issue of minority shareholders' rights, rather than being tackled, will become even more contentious.

"People will therefore be less interested in buying shares because they will feel they have less protection, and liquidity will drop. There's little liquidity now, and after this law is passed there'll be even less."

Under current legislation a public offer should be made even with freely tradable shares, he added.

The Finance Ministry has dismissed the criticism of the draft and pointed out that it will bring more supervision of institutions offering financial services.

"Whenever stricter legal regulations are introduced, anger is aroused among those subjects it touches. A low level of regulation is one of the reasons why the Slovak capital market is not developing as it should. Once there is more regulation, there will be more protection for clients, and more security for those acting on the capital market," said František Palko, head of the financial markets sector at the Finance Ministry.

Brokers admit that the imposition of stricter controls on the activities of non-banking financial institutions, such as the finance and trade group Drukos, will benefit the market.

"There are non-banking institutions offering, let's say, interest rates of 30-40% for citizens, so a holding value may go from 200,000 crowns to 230,000 crowns in a matter of months. But then the question is, 'is that money available immediately or is it credit on an account?' Being monitored by the Financial Markets Authority will be good," said Pavel Habšuda, dealer at Slávia Capital brokerage house.

The law is unlikely to go through in its present form, some experts believe. BCPB head Lazový is optimistic that some of the provisions in the draft will be reworked before the law is passed in parliament. The publicity given to the issue of public offers to minority shareholders should see that provision changed, he said.

Revisions or not, few dealers are holding out hope of a dramatic reversal in fortunes of the Bratislava bourse. Its illiquidity and lack of attractive shares are unlikely to change soon, they say.

"The law isn't of crucial importance to the equity market with the state that it's in. I can't see any particularly tremendous prospects for it over the next two to three years," said Ivan Chodák of CAIB Securities.