Enviro chapter could be closed by February

The 'environment chapter' - a list of environmental laws Slovakia must pass on its accelerated march to membership in the European Union - may be closed within half a year. The country's current environmental legislation is widely regarded as one of its greatest obstacles to EU entry.
The chapter is one of 29 in the acquis communautaire, a document laying out the legislative changes new members have to make before acceptance. Slovakia has already closed 19 chapters, and is currently negotiating with the EU on the remaining 10.
September and October will be key months for talks as the Slovak Environment Ministry begins a series of 'technical meetings' with the EU commission, during which concrete plans for the passage of EU environmental requirements will be drawn up. If all goes well, say ministry officials, the chapter could be closed by February. 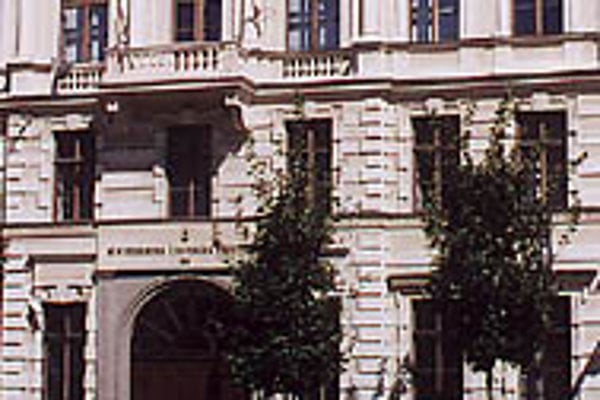 Font size:A-|A+0
The 'environment chapter' - a list of environmental laws Slovakia must pass on its accelerated march to membership in the European Union - may be closed within half a year. The country's current environmental legislation is widely regarded as one of its greatest obstacles to EU entry.

The chapter is one of 29 in the acquis communautaire, a document laying out the legislative changes new members have to make before acceptance. Slovakia has already closed 19 chapters, and is currently negotiating with the EU on the remaining 10.

September and October will be key months for talks as the Slovak Environment Ministry begins a series of 'technical meetings' with the EU commission, during which concrete plans for the passage of EU environmental requirements will be drawn up. If all goes well, say ministry officials, the chapter could be closed by February.

"Negotiations with the EU commission are going well," said Ivan Závadský, the director of the Environment Ministry's air, water and waste division and the main Slovak negotiator with the EU on the environment.

"The goal is to close the chapter as soon as possible, of course. But it's our wish - a realistic one based on our potential, our results so far and on the feedback we've got from the commission - to have this chapter closed by February. We see ourselves as equal to the other Visegrad Four countries; the Czechs have closed the chapter, the Hungarians have closed, and the Poles are ready to close," he said.

Závadský's optimism is tempered, however, by the realisation of how much work remains. EU and environmental analysts have long said that the environment chapter would be problematic for the Slovaks as it demands major new investment and expensive upgrades in technology.

Slovakia opened negotiations on the environment in December 2000 when it presented the EU with its 'negotiation position', a document summarising what Slovakia felt it had to do to make the required changes. The EU responded with its own 'EU common position' document, which asked for more detailed information about the proposed Slovak strategy, in March 2001. The ministry responded in July, and is now waiting for further EU feedback during meetings in September and October where concrete plans will be set and, it is hoped, accepted by both sides.

When the EU prepares a final version of its common position, said Závadský, the chapter will have been officially closed. But the negotiations promise to be difficult.

"The environment chapter will be a problem," conceded Mária Kadlečíková, Deputy Prime Minister for Integration. "It's not just a question of agreeing on laws, but also of implementing them. Municipalities need more money to meet directives for water [supply and treatment infrastructure] and it's hard for them to get the funding."

Michal Deraj of the Danish Environmental Protection Agency, which is working with the Environment Ministry on drawing up a strategy for meeting EU environmental requirements, predicted that the environment chapter would eventually prove the most difficult of the total 29 to close.

"It's the hardest chapter," he said in his office at the ministry July 28. "There are very specific measures that must be taken and it will take a lot of time, conceptual thinking and money."

Although calculating the total cost of implementing all necessary environmental changes remains guesswork, said Závadský, the most challenging directive of the chapter - the creation of urban waste water treatment plants in all municipalities with more than 2,000 residents - is alone expected to require investments of 220 billion Slovak crowns ($4.4 billion), about a quarter of the country's gross domestic product.

"And that's just investment costs," he added. "We're not even talking about operational costs."

To help ease the financial burden, Slovakia hopes to secure EU funds. But how much aid the country will receive has yet to be determined. Tom Owen, counsellor to the Deputy Environment Minister on EU issues, told The Slovak Spectator in a July interview that securing funds would be problematic.

"The EU thinks these countries will mainly finance these changes themselves, while the accession countries believe a lot of this will be financed by the EU," he said. "The problem is we're in a global economic down-turn, and there's not a lot of extra money around. I think money's going to be a key issue."

The EC delegation in Bratislava was unavailable for comment.

Another key will be Slovak politics, said the Danish agency's Deraj. Even if negotiations continue smoothly and the chapter is closed by February, the country's overall political orientation is still uncertain, with elections planned for September and the opposition Movement for a Democratic Slovakia (HZDS) party well ahead in the polls.

"The biggest problem Slovakia could have with the environment chapter is political stability," said Deraj. "Slovakia still doesn't have a very stable orientation, things are always changing and it has not yet been decided exactly how the country will be governed in the future. The overall orientation of the government [whether pro- or anti-EU] is still in question."

Slovakia was shunted off the fast-track group of EU accession candidates in 1997 because of western concerns over undemocratic behaviour by the 1994-1998 HZDS-led coalition government of former Prime Minister Vladimír Mečiar.

But Deraj and ministry officials agreed that the problems of the current government, which for all its internal disputes and overall instability has remained staunchly pro-integration, would not affect EU negotiations. Even if the ethnic-Hungarian SMK party pulls out of the coalition (see story, page 1) - which would likely result in the recall of Environment Minister and SMK member László Miklós - the political strife would not influence the ministry, they said.

"Politicians come and go," Deraj said. "It's the overall orientation of the government that is critical for EU negotiations."

The EU environmental chapter includes over 80 specific directives which, Zádavský said with a laugh, was presented to the ministry "in a 3,000 page document with very small type".

As Slovakia lacks the necessary resources and manpower to satisfy all requirements by the year 2004, when it hopes to enter the union, the ministry has asked the EU for 'transitional periods' for nine of the most challenging directives (see chart). Transitional periods would allow the country to carry out changes to legislation and technical infrastructure even after being admitted as EU members.

According to Andrea Hlavatá, the ministry's director of European integration and international cooperation, the EU is willing to compromise, but is unlikely to grant all nine transitional periods.

"We can't ask for too many or we could be dropped from consideration," she said. "The EU commission has said that our request for the transitional periods is reasonable, but they have also said that they want us to think about it and try to decrease the total. Personally, I think we will be given no more than five transitional periods. If you look at other countries, Slovenia was granted two, the Czechs got three, Hungary four - I don't think we'll get all nine."

Závadský said that only one directive would be impossible to satisfy without an extension - the waste water plant rule, for which Slovakia has requested a transitional period lasting to 2015.

"Over 2,000 municipalities require waste water plants," he said. "The existing sewage systems are old, not all municipalities even have them, and many that do have plants which are not up to EU standards. We need heavy investment and significant time to satisfy this directive."

Added Hlavatá: "Even a lot of EU member states have problems fulfilling the requirements, and these are western states with stronger economies than ours."

Environment chapter directives for which Slovakia has requested transitional periods

Air protection
1 - Directive on the control of emissions resulting from the storage of petrol and its distribution terminals to service stations; transition period to 2010.

Waste Management
2 - Directive on the incineration of hazardous waste; transition period to 2006.