Devín banka's forced administration brings an end to a saga of contention and suspicion surrounding the bank since its foundation in 1992.
Formed with a basic capital of just 444 million crowns ($8.8 million) by insurance firm Slovenská poisťovňa and the Slovak Union of Cooperative Producers, the bank ran into financial problems almost immediately, forcing it to look to new investors and beginning the finance house's connections to Russian groups. 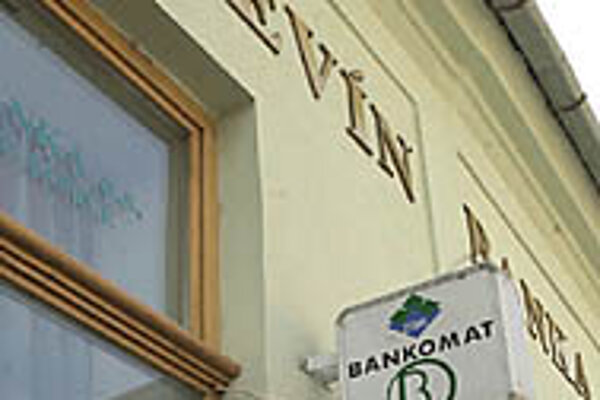 Font size:A-|A+  Comments disabled
Devín banka's forced administration brings an end to a saga of contention and suspicion surrounding the bank since its foundation in 1992.

Formed with a basic capital of just 444 million crowns ($8.8 million) by insurance firm Slovenská poisťovňa and the Slovak Union of Cooperative Producers, the bank ran into financial problems almost immediately, forcing it to look to new investors and beginning the finance house's connections to Russian groups.

Moscow financial group MFK took a 25% share in Devín in 1992, followed two years later by the entry of another Russian company - foreign trade firm VTF Energija Moskva. VTF, which operated under the auspices of the Russian Energy Ministry, had been brought into Devín banka by the firm Apis, headed by Ľubomír Kanis, later to become head of Devín, and Štefan Košovan, later to become head of Slovak power producer Slovenské elektrárne (SE). Both men were soon installed on Devín's management boards.

VTF's presence was essential to the continuation of the bank, as millions of crowns in classified loans had been built up and a new investor, and capital, was needed.

In 1995 the Russian presence at the bank helped it win the mandate to mediate repayment of Russia's Soviet-era debt to Slovakia. Tanks, planes and other military equipment started to roll in as debt was settled in the form of military hardware; questions were soon raised, and immediately rebutted by then-Prime Minister Vladimír Mečiar, as to why a private institution was being used to handle what was ostensibly state debt reclamation.

In 1999, under the Dzurinda administration, Devín was criticised by the government for failing to meet contract conditions on settling the debt. Devín hit back, claiming that it had not received a payment from the Finance Ministry for debt settlement, and that the ministry, under the terms of the contract, would have to pay a penalty. The state budget seemed to be suddenly 10 billion crowns ($200 million) worse off.

In the meantime, the Democratic Left Party (SDĽ) had proposed Košovan as the head of energy utility Slovenské elektrárne, a post which one of its nominees had title to under a coalition agreement made when the government was formed.

Košovan had long been an open supporter of the SDĽ and its continued advocacy of the completion of the last two reactor blocks at the Mochovce nuclear power station, despite opposition from other coalition parties to pressing ahead with the costly project. In February that year, SE, which operates Mochovce, signed an agreement with Devín allowing the bank to resume its role as mediator on Russian debt.

Finance Minister and SDĽ member Brigita Schmögnerová sent a letter to the Russian Energy Ministry, later leaked to the press, confirming that Devín would be involved in the debt settlement process. No tender had been called at that time.

Košovan was later removed from his post, leaving the SDĽ, which officially still denies any links to Devín banka, bristling with anger and determined to make life for its coalition partners in cabinet difficult.

But away from the political and Russian debt scandals, the bank's finances were becoming more and more perilous. Sector analysts now say that figures on the bank's financial performance have been unreliable for years. Its capital adequacy was believed to be in minus figures for some time. The NBS's own rules on banks' operations stipulate that it must be 8%. Devín had also been offering clients interest rates at a level at least twice the market average for many years.

In May 2000 the bank came to the brink of collapse, pulled back from the precipice only by a 2.5 billion crown loan from the state. "Sometimes we have to spend some money to make sure we don't end up losing more," Finance Minister Schmögnerová said when the credit was extended.

Following the forced administration and the cabinet's refusal to help the bank, more than 11 billion crowns in client deposits will have to be repaid. The government is also expected to start looking for a new mediator to settle the Russian debt.