A car with Italian plates pulls over to the curb in the Bratislava Old Town in front of Ján, a 25 year-old pedestrian. An Italian couple in their 40's leap from the car and ply the young man with questions, presumably in search of directions.
After fruitlessly attempting to communicate with the couple in Slovak, English - even Turkish - Ján gives up, and the animated couple jump back into their auto in a blur and speed off. Bemused by their boldness, Ján smiles as the car speeds away. "Italians are definitely not shy," he says. "They'll just drive into Bratislava, jump out of their cars and start speaking to anyone in Italian." 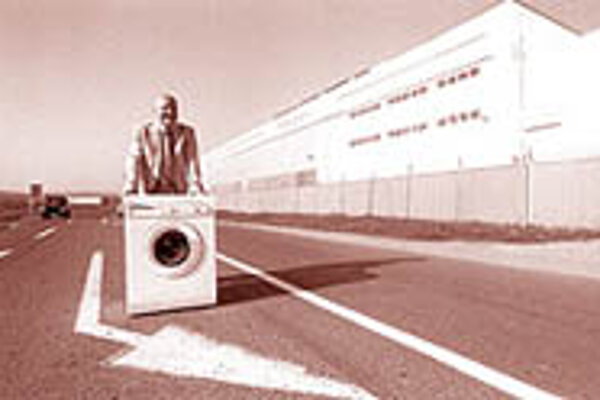 Font size:A-|A+
A car with Italian plates pulls over to the curb in the Bratislava Old Town in front of Ján, a 25 year-old pedestrian. An Italian couple in their 40's leap from the car and ply the young man with questions, presumably in search of directions.

After fruitlessly attempting to communicate with the couple in Slovak, English - even Turkish - Ján gives up, and the animated couple jump back into their auto in a blur and speed off. Bemused by their boldness, Ján smiles as the car speeds away. "Italians are definitely not shy," he says. "They'll just drive into Bratislava, jump out of their cars and start speaking to anyone in Italian."

Indeed, Italians are anything but shy. "Why would we be shy? We were not reared to be shy," explained Italian Ambassador to Slovakia Egone Ratzenberger. "Especially for those of us who travel or live abroad, you need the mettle to do so. We have more courage and energy."

The courage and energy Ratzenberger spoke of is embodied by the Italian expat community of around 400 currently living in Slovakia, the vast majority of whom work with small- to medium-sized enterprises.

The Italians, they say, bring to Slovakia a certain pizzazz, a flare which, when coupled with the dogged determination of the Slovak workforce, has produced several successful cooperative ventures.

"My biggest pleasant surprise in coming to Slovakia was the people, their discipline and ability to learn rapidly," said Antonello Lafranco, the head of the firm Embraco, a Brazilian daughter company of Whirlpool which runs its European operations out of Italy. "You know, we Italians are very creative, but we are also a bit anarchistic. Slovaks are maybe less creative, but certainly more disciplined."

Ratzenberger agreed: "Slovaks are more serious, more patient than we Italians are. Of course, they can also be merry and enjoy life like we do."

This cultural combination has seen the yearly turnover of Italian start-ups in Slovakia increase since 1990. Fabrizio Paoletti, the head of the Italian Chamber of Commerce in Slovakia, said that 1999 had marked the first time in Slovak history that exports to Italy had outnumbered imports from the Mediterranean state.

"Italian producers send materials to Slovakia, then export finished products back to the Italian market," he said. Italian businesses in Slovakia range from main sectors like shoe production and textiles to clothes and metalworking.

Antonio Parziale of the Italian consul in Bratislava estimated that over 80% of all Italians living in Slovakia were entrepreneurs, and that 95% were involved in small- to medium- sized enterprises. He explained that the Italian firms' finished goods were not sold on the Slovak market because "Slovakia has low purchasing power so there is no demand for the [relatively high-priced] products we produce."

While the Italian compatriots unanimously lauded the Slovak workforce, they were less approving of Slovak managers who, they said, often failed to realise the amount of work required to make a venture profitable.

"The workers here are very committed, but the management needs to be more aggressive," said Eriko Biondi, Whirlpool plant director in Poprad. "[To be non-aggressive] is the mentality of Slovaks. Sometimes it's easier to speak in life than to do."

Embraco's Lafranco said that Slovak managerial shortcomings could not only be attributed to a lack of aggressiveness, but also to a lack of experience.

"Our histories are totally different," he said. "There is a clear lack of business experience in terms of competition and customer care. Sometimes they are afraid of trying as a consequence of the past - the fear of punishment. But you have to try because sometimes you can only learn by mistakes. I have made mistakes as a businessman, and I've learned."

Bruno Mrak, the co-owner of Metal Fil metal manufacturer in Modra, agreed, and tried to illustrate the difference in managerial styles. "Slovak businessmen understand results, but not the process," he said. "They don't understand the hard work that is required, but Italians do because we were historically poor so we had to work very hard."

"For example, if a Slovak bought a bar, he would think 'I own a bar,' and then he'd buy himself a car," Mrak continued. "He has the status of bar-owner, but he would not likely ever work at his bar because he doesn't understand that he must work on it to make it successful. Slovaks want to achieve end results, but they don't know what it takes to achieve them."

But even while discussing drawbacks, the Italians shrug and laugh it off. If the Slovak managers here are not ready to take over yet, they reason, then the Italian expats will just have to stay in a country they love a bit longer than expected.

"I like Slovakia," Lafranco said. "You know, I am from the north of Italy in Torrino, so I am quite accustomed to the mountains, water sports and skiing, which are all here. It's also nice because this area has witnessed a lot of history. I've had a positive impression from the beginning."

As have the other Italians. Now, if they could only do something about the food... "I've been in Slovakia for six years, but I don't stay here for the food," Whirlpool's Biondi said with a laugh.

"Now, with Alvarez [an Italian restaurant in Bratislava owned by Parziale], it's getting better," said Ratzenberger. "They actually have an Italian cook. But before that, it was comme ci, comme ca."