As part of what it has described as 'a new set of tools' for attracting FDI, the government's agency for foreign investment, SARIO, has put a new focus on investment roadshows and conferences.
US Ambassador to Slovakia Carl Spielvogel announced earlier this month that a series of investment roadshows would be held across the US next year, aimed specifically at bringing potential American investors into close contact with Slovak government officials. To be held next February and attended by Deputy Prime Minister for the Economy Ivan Mikloš, the roadshows will, the ambassador believes, be a chance for investors to discuss and learn more about the business climate in Slovakia. 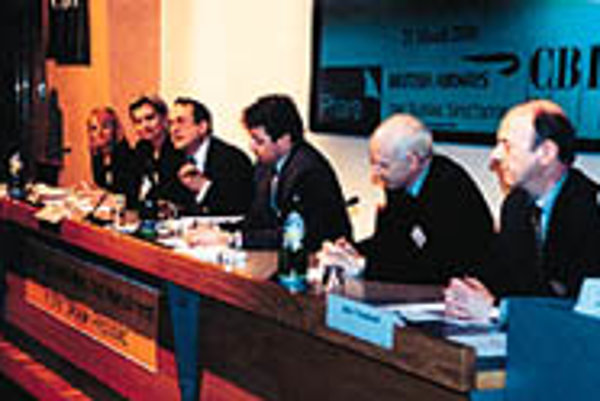 Font size:A-|A+  Comments disabled
As part of what it has described as 'a new set of tools' for attracting FDI, the government's agency for foreign investment, SARIO, has put a new focus on investment roadshows and conferences.

US Ambassador to Slovakia Carl Spielvogel announced earlier this month that a series of investment roadshows would be held across the US next year, aimed specifically at bringing potential American investors into close contact with Slovak government officials. To be held next February and attended by Deputy Prime Minister for the Economy Ivan Mikloš, the roadshows will, the ambassador believes, be a chance for investors to discuss and learn more about the business climate in Slovakia.

However, SARIO is hoping that they will be much more than just that.

"These roadshows are useful because investors get concentrated information from SARIO [and other government figures] on the spot. They are the foundation stone for future investment," chairman of the board of directors at SARIO, Alan Sitár, told The Slovak Spectator October 18.

"They are not the only way Slovakia can promote itself as an investment destination, but they are certainly one of the more important ways."

A soon-approaching event will put this theory to the test. A November 16 conference in The Hague, Inwest Forum, has been designed not just to allow potential investors to be put in touch with government officials, but also to give Slovak companies participating in the conference more formal contact with potential partners and investors, something criticised at the government's last investment roadshow in London in March.

"All Slovak companies at the Forum will have meetings with at least two potential partners or investors, arranged by the Dutch investment agency EVD. This was maybe something that was lacking in London," said a representative of B+ Inwest, Slovak organisers of the event.

The role that government/investor conferences have played in the past for Slovakia has, experts say, been limited. The government, and SARIO's predecessor SNAZIR in particular, has been criticised for not using the meetings as an opportunity to promote Slovakia as an investment destination, or a forum for listening to firms already putting money into the country.

Dag Ole Storrosten, managing director of the ISP Nextra and an attendee of the London conference, said that the government was not doing enough to promote Slovakia abroad. "Slovakia is a hidden asset," he said. "Look at FDI in Hungary or the Czech Republic and you'll find the figures in Slovakia a bit disappointing in comparison."

Dutch Ambassador to Slovakia Henk Soeters agreed. "If you want to attract investment and offer the positives of your country, you have to make an effort to get people to come to your country, and these types of conferences and roadshows are an excellent way of doing this.

"For Slovakia this is a perfect opportunity to put itself on the new map of Europe. Slovakia needs to promote itself [through things like this]," he said.

"We all know that it takes two to tango in business, and to attract an investment the interest of party number one has to be attracted by party number two. Slovakia has to sell itself abroad. Businesses and economies are international now, they have a much greater international dimension.

"I cannot say what is in the mind of every investor in making a decision, but these conferences will have a large influence on any investment choices. A businessman makes such a decision based on information which is gathered from many sources, and certainly one of those sources will be this."

Storrosten said that in his opinion the conferences could be used by the government to glean important information not just from inward investors but those already operating in Slovakia's business environment. "We didn't exactly get too much out of the [London] conference [in relation to investment], but we weren't looking for that much. What we did do and wanted to do was to talk to government representatives and try to tell them what we think about Slovakia.

"The conferences and roadshows are fine for someone contemplating a move into the region, but what is discussed there is fairly superficial, and not so good for companies that are already in Slovakia," he said. "These conferences should be used so that the government can hear from people who have already invested."

The role played in making first contact with investors may, however, be somewhat overestimated. The head of the American Chamber of Commerce in Slovakia, Leighton Klevana, suggested that investments usually take a different route.

"I've never heard anyone say to me that they thought about investing because of any roadshow or anything like that. It usually comes through word of mouth, recommendation. Someone tells someone else about Slovakia or a company recommends Slovakia to some other company," he said.

"I think there is also something like the US Steel deal [the American firm earlier this month paid $425 million in an acquisition of the Košice-based steel manufacturer VSŽ - ed. note]. An investor, whether they are in the process of considering Slovakia or even if they haven't yet at all, will look at that and say, 'Well, here's a big company that doesn't normally take any big risks and they're going into Slovakia'."

Slovakia is also hoping to secure another large investment deal for a plant for German auto collossus BMW (see story on page 1). However, Karol Balog of the Agency for Industrial Development and Revitalisation (AIDR) believes that BMW's potential interest in Slovakia was unlikely to have come from any investment roadshow.

"It's my bet that this [investment interest] would have come through word of mouth for BMW. They would have spoken to VW, which has a successful plant just outside Bratislava, got information from them and wanted to follow suit," he said.

"Of course it's good to get the attention of investors in roadshows and they do play some sort of a part [in getting FDI]," he added.

Economic analysts have also questioned the importance of country roadshows, saying that while face to face contact may be interesting, investors are often in search of something more concrete.

"Anytime a country interacts with investors it's a positive thing. Conversations with your market [investors] are good, but there has to be something said at the meeting, some kind of utterance or new information. If there isn't, then the meaning behind the event, its purpose, is lost. It becomes far less important," said one London-based analyst who asked not to be named.

Despite the criticism of its lack of promotional skill and question marks over the role of roadshows in securing investment, SARIO has said that it will push ahead with its plans for such meetings. "There are a set of tools that SARIO is now preparing, and in a short time we'll have our strategy for approaching investors - and the roadshows will certainly be a part of that strategy," said Sitár.