Slovakia's trade fairs: separating the sheep from the goats

Following a boom of trade fairs and exhibitions after the fall of communism in 1989, Slovakia, like many other former communist bloc countries, has experienced a gradual stabilisation in the range and number of fairs across the country and is now, experts and organisers have said, in a period of weeding out the best events from the worst.
While the number of fairs and exhibitions organised in Slovakia reached a peak in 1996 when the exhibition calendar had over 250 events, the number in 1999 dropped to 176 and fell again to 150 in 2000. 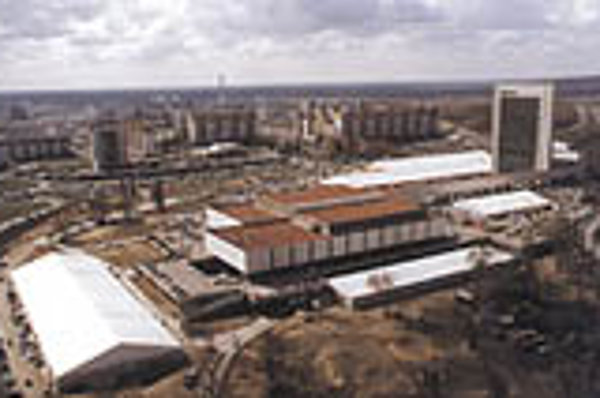 Font size:A-|A+  Comments disabled
Following a boom of trade fairs and exhibitions after the fall of communism in 1989, Slovakia, like many other former communist bloc countries, has experienced a gradual stabilisation in the range and number of fairs across the country and is now, experts and organisers have said, in a period of weeding out the best events from the worst.

While the number of fairs and exhibitions organised in Slovakia reached a peak in 1996 when the exhibition calendar had over 250 events, the number in 1999 dropped to 176 and fell again to 150 in 2000.

The initial boom of fairs was, experts say, somewhat misleading, coming after former communist bloc countries suddenly had access to and contact with developed western consumer societies. Vladislav Drgonec, head of the Slovak Chamber of Commerce and Industry's (SOPK) fairs and exhibition section, explained that at the beginning of the 1990s even a regional show was listed as an international fair because foreign companies participated.

And with a gradual development of business fairs and a significant drop in initial enthusiasm for such events, even exhibitors themselves have become particular in their selection of which shows and fairs to participate in.

According to Jaroslav Machala, organiser of the Autosalón Bartislava automotive trade fair, the exhibitors have changed their participant patterns because of the often prohibitive cost individual firms have to pay to be properly represented at a fair. "In the beginning firms would go to more fairs if they had the chance. But now companies think twice before they decide which fair they invest their money and effort into," Machala said.

Head of Tatratour travel agency Juraj Pivovarei, whose firm had regularly attended "almost all international tourism fairs at home and even abroad" until two years ago, agreed. "It's expensive if you want to exhibit your firm at a decent level," he said. "Our experience has been that it almost never paid back the money we had to invest in our presentation. That is why we are now more selective as to which fair we attend."

The new trend towards selectivity is a positive signal which, SOPK's Drgonec said, can contribute to an increase in the quality of the fairs themselves. "Fairs should become more complex specialised events, with exhibitors and visitors becoming more concentrated on expert presentation of a given company or industry," Drgonec said. He added that the organisers of Slovak fairs should also realise that charging as much as big international fairs in western countries with far greater economic potential was unrealistic.

Following is a list of Slovakia's top 5 fairs and exhibitions ranked by number of visitors.

Measured by annual attendance, Nitra Autosalón is by far the biggest international trade fair in the automotive business in Slovakia. With 178,000 visitors in 2000, the fair attracted twice the number of visitors as the year before and outstripped the second biggest international fair, Agrokomplex, by almost 50,000.

Out of the total 278 exhibitors, 43 were foreign, including the likes of BMW, Mercedes Benz, Chrysler, Alfa Romeo, Lancia, Mazda, Volvo, and Toyota.

Autosalón was first organised in 1992 and entered into direct competition with the Bratislava Autoservice Autosalon. While critics have maintained that two automotive trade fairs in one year are too much for a country of five million, the organisers of the Nitra Autosalón have said their fair has some significant advantages over its rival. "The Agrokomplex exhibition area [where Autosalón is held] has a better infrastructure [than the Bratislava show] and can thus provide better services to exhibitors," said Zuzana Vörösová, one of the co-organisers of the auto event.

"We offer everything [to do] with cars - personal cars, sports cars, trucks, car leasing, car accessories, car security systems, servicing and garage equipment, insurance, automotive software for car dealers, anything you can think of. Proof of the importance and recognition we get is that heads of international giants in the automotive industry visit the fair every year," Vörösová said.

Unlike many more modern trade fairs in Slovakia, Agrokomplex, which focuses on agriculture and consumer goods production, has a 27 year history. However, the former "exhibition of achievements of socialist agriculture in Slovakia" had to undergo a dramatic transformation after 1989. "Before [1989] there was almost no business done at Agrokomplex," said Ivan Tomka, head of the August fair.

"Right now, Agrokomplex is a commercial event which is seen by exhibitors as an effective way to present new products and do a little market research for themselves. We can't, however, provide any statistics confirming that business is made here because we consider it unethical to ask exhibitors for [those kind of] numbers," Tomka said.

Not a typical example of industry-focused trade fairs, Dni Vianoc Bratislava is best defined in two words - Christmas shopping - and proves that Slovakia's purchasing power is centred in Slovakia's capital. The show, held at the capital's Incheba exhibition centre and offering space for 483 exhibitors, drew 120,000 visitors between December 7 and 23 last year. Larger foreign firms seldom exhibit their products at the fair, but many small local firms are represented, claiming that their business is boosted by participation in the event.

4 Furniture and Living (Nábytok a bývanie)

Presenting a "wide spectrum of furniture and living accessories", the tenth annual trade fair organised in Nitra creates a forum for furniture businesses to meet with potential partners and sign contracts for future co-operation.

"While Slovakia's blocks of flats have remained almost the same from the outside, people are starting to renovate and re-furnish the interiors of their homes," said Jozef Jenis, organiser of the fair, which in 1999 recorded 115,000 visitors. "Such a fair was missing in Slovakia before 1991 and the number of exhibitors, as well as the number of visitors, is rising every year. The fair is so successful that the Agrokomplex exhibition area has had to be expanded by 2,000 square metres, specifically for the needs of our event," he added.

Of a total of 398 exhibitors in 1999, 46 were foreign firms, largely from the Czech Republic. Jenis added that many firms that apply for the fair do so because of guaranteed sales increases. "There are companies which within the one week of the fair can sign enough contracts to keep them afloat for the whole year."

Held every year in April, Autosalón's organisers claim their focus is more commercial than that of their rival, Autosalón Nitra.

"More than 50% of all cars sold in Slovakia are sold in the Bratislava region," said Jaroslav Machala, head organiser of the fair. "The difference between the Bratislava and Nitra automotive fairs is that here more contracts are made with individual customers because purchasing power is greater. That's why we are able to attract such high-profile exhibitors as Jaguar and Porsche."

Jenis continued that from the point of view of visitor structure, Bratislava regularly attracted younger visitors and the wealthier part of the population. Because the Nitra automotive fair was more a matter of "the masses" coming to look at the exhibited cars, he said, exhibitors often left without many concluded contracts.

However, as in Nitra, the Bratislava organisers have included a veteran cars exhibition in their programme. "This exhibition has traditionally been among the most visited parts of the fair. The oldest cars exhibited last year were produced in the 19th century and were a real attraction for many visitors," Machala said.

Not as complex as the Nitra Autosalón, the Bratislava fair focuses on personal cars, motorcycles and servicing equipment. To make the fair even more appealing for the public the fair next year will "be made a real Auto show by bringing things like car-stunt shows to the exhibition area," Machala said.