SPIŠSKÁ NOVÁ VES - Kvetoslava Kucharovieová is back where she started, editing the tiny independent Spišské hlasy (Spiš Voices) weekly newspaper after a failed 1999 cooperation with a foreign publishing house. She has three full-time employees, prints around 5,000 copies of her paper a week, secures precious few revenue-generating ads, and is forced to cover her annual losses from her other business activities.
"The paper is not profitable and I have to run other businesses to keep it going, such as the flower stand I have in town," she said in her office September 3 in this sleepy eastern Slovak town of 40,000. "But it's a tradition, and I have to keep it going."
Slovakia's economically downtrodden east has known many struggling papers, but few current titles that are not put out by the powerful Petit Press publishers. One of two publishing houses created after the 1999 merger of what were then two most influential publishing groups in the country, the Slovak VMV and the German Verlagsgruppe Passauer Presse, Petit Press enjoys a virtual monopoly of print media in eastern Slovakia, with daily papers in Košice, Prešov, Spišská Nová Ves, Rožoava, Poprad and Michalovce. 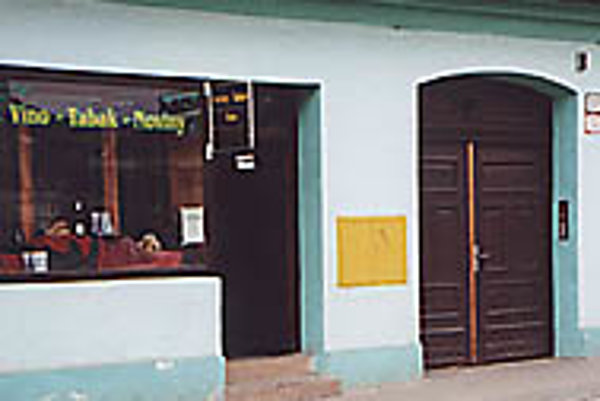 Font size:A-|A+0
SPIŠSKÁ NOVÁ VES - Kvetoslava Kucharovieová is back where she started, editing the tiny independent Spišské hlasy (Spiš Voices) weekly newspaper after a failed 1999 cooperation with a foreign publishing house. She has three full-time employees, prints around 5,000 copies of her paper a week, secures precious few revenue-generating ads, and is forced to cover her annual losses from her other business activities.

Slovakia's economically downtrodden east has known many struggling papers, but few current titles that are not put out by the powerful Petit Press publishers. One of two publishing houses created after the 1999 merger of what were then two most influential publishing groups in the country, the Slovak VMV and the German Verlagsgruppe Passauer Presse, Petit Press enjoys a virtual monopoly of print media in eastern Slovakia, with daily papers in Košice, Prešov, Spišská Nová Ves, Rožoava, Poprad and Michalovce.

The trials of Kucharovieová's small private paper are therefore undertandable, given that even the major dailies backed by Petit Press are struggling in the east. Alexej Fulmek, the head of Petit Press, admits that not a single eastern Slovak print title in the Petit Press fold is currently making a profit.

"The economic situation in eastern Slovakia is really quite bad," he said September 4. "The advertising market is very weak. Up to 50% of the advertising revenues for our regional papers come from clients in Bratislava which have an interest in advertising in those regions. Not a single daily in the east is profitable - they're all in the red."

But while Petit Press has enough finances from its Bratislava operations to stay afloat, Kucharovieová says that only tradition and hard work have prevented Spišské hlasy from sinking.

The original Spišské hlasy was founded in 1934 to bring locals of the geographic region of Spiš - including the eastern Slovak towns of Spišská Nová Ves, Levoea and Gelnica - word of local happenings. Under communism, the paper was financed by the regional government and continued in this way until 1991, two years after the Velvet Revolution brought down the socialist state, at which time the new local government decided that it could no longer finance the paper.

Kucharovieová then stepped in and continued the weekly under the name Nové (New) Spišské hlasy; she added the nové because she wasn't sure if the original title had been copyrighted. Angry at the local government for discontinuing the financing of the paper, she included the words 'súkromné noviny' (private newspaper) at the top of the front page banner.

Her defiant nature served her well during the paper's next struggle for survival, this time against the German publishing house Verlagsgruppe Passau which in 1999 began a bid to buy up the network of eastern Slovakia media outlets.

Verlagsgruppe purchased a 79% stake in the Lúe daily centred in Košice, changing its name to Košický denník (Košice Daily) on April 6, 1999. The German house also began to buy up other regional weeklies.

Kucharovieová recalled that representatives of the German publisher approached her with an offer to turn the weekly Spišské hlasy into a daily. Verlagsgruppe's plan, she said, was to create a daily paper for each region in the east, including Spiš, Gemer, the High Tatras, Prešov and Košice. Each daily would also carry content from other cities' papers.

She agreed to the plan, and both sides signed a trial contract stating that at the end of three months the deal could be dropped if either were dissatisfied, for any reason.

It didn't take long for Kucharovieová to become dissatisfied. She had insisted that the banner for Nové Spišské hlasy appear somewhere on the front page: "Otherwise, how would our regular readers know that they were still buying us?" she explained. Instead, the banner was placed several pages inside.

The new ownership also discontinued sports coverage, which Kucharovieová said was the main reason most local villagers bought a paper in the first place. "It's the only chance they have of seeing themselves in the paper," she said. "I've been working as a journalist here since 1991, so I know what the readers want."

Complaints to her bosses in Košice initially went unanswered. They were not silent, though, when Kucharovieová prepared to publish a letter to the editor on September 3, 1999 in which a reader was critical of the new format. The reader wrote that he was dissatisfied with the new daily version, which covered all of the east but carried little news from Spiš, and he called for a return to the old Nové Spišské hlasy. In the end, her bosses pulled the letter before it was printed in Košice.

"They were not happy in Košice," Kucharovieová says, barely hiding a smile. "The editor in chief at that time [Eva Malešová] wrote me a letter saying that I had tarnished the name of the paper, and that what I had done was inexcusable." That set the stage for September 29, the day before the three month trial period was to expire. Malešová came to Spišská Nová Ves and fired Kucharovieová, putting an end to the latter's eight years on the job.

But Kucharovieová was not ready to quit. Two days later, she secured the copyright to the name Spišské hlasy (it had not, after all, been taken) and two and half months later published the first new issue, again as a weekly and again with the large print at the top of the front page reading 'private paper'.

What Kucharovieová had become mixed up in was a process of consolidation on the Slovak media market, as big publishers fought for ways to make regional papers profitable.

While German Verlagsgruppe was expanding, the Slovak publisher VMV was also following a national growth strategy.

Besides owning the national daily paper Sme, the weekly opinion paper Domino fórum, a sports paper and regional papers in Trnava and Banská Bystrica, VMV built up a regional daily published in Košice known as Korzár. The latter was turned into the nation's newest national daily after it started publishing in all eight Slovak regions, with a section of each issue dedicated to the various regions. VMV in April 2000 also bought a 51% share in The Rock (the firm which founded and owned The Slovak Spectator).

The two publishing titans eventually decided to pool their resources rather than lock horns, knowing the Slovak market could not support two large players. As a result, on May 26, 2000, VMV and Verlagsgruppe Passau merged under a deal which called for the creation of two publishing houses.

The second house, Petit Press, specialised in regional media. The titles they bought up, say analysts and former employees, were immediately faced with dramatic and sweeping changes.

"I was so happy that Spiš had a daily paper," said Tomáš Repeiak, a reporter from Spišská Nová Ves who worked at the paper when it became a weekly, but left Petit Press's Spišský Denník last month. "In Gelnica, for example, there is a big problem with communication because the area is heavily forested and they only have two back-roads leading in. But we started to solve this problem by every day presenting the news of the 'small' people."

While Repeiak was thrilled with the chance to better inform the region's inhabitants, he said he was disappointed with the actions of Petit Press once they took over.

"They sat in Košice and said to the regional papers, 'you have to make money'," he said. "But how? All the advertising revenues come from Košice. And then our staff was gradually cut. When I left the paper they had just eliminated the post of photographer. Now every reporter has to take his or her own pictures, which is terrible for quality."

Ján Füle, the head of the Slovak Syndicate of Journalists, added that Petit Press had used unfair pressure tactics to reduce its regional staffs.

"Editorial staffs at all [Petit Press regional] publications were reduced, and about one third, maybe more by now, of their journalists lost their jobs. Those who remained had to sign new and disadvantageous contracts under the pressure of time, for example receiving them on Friday morning and having to sign them by Friday evening, which violated the Labour Code," said Füle.

"The employers were abusing the fact that there was a surplus of journalists and a shortage of jobs in the regions."

"In the end, I think their plan [to fuse VMV and Passau] didn't really work out, and while it has neither hurt nor helped the media market, I think they've been disappointed," Füle added.

Fulmek confirmed that significant staff turnover had occured, but explained that it had been a direct result of the poor eastern Slovak economy. The Spiš region alone has an unemployment rate in the upper 20s, while cities such as Krompachy have near 40% unemployment. Many regional papers have simply not made money, he said, making staff reductions a necessity.

"Petit Press took over the regional papers in the east on July 1, 2000. It's true that over the first year we let go of more than 33% of the employees. Why? Because of the bad economic situation for newspapers.

"The best hope for positive economic results lies with the daily Prešovský Korzár which has minimal losses and nearly breaks even," Fulmek continued, adding that he believed the poor economy of the area would soon recover. "In the future, local advertising revenues will increase, and at the same time I believe that more and more local and national clients will begin to consider advertising in regional papers."

Kucharovieová, for her part, agrees that journalism in the east will not become a profitable endeavour until the overall economic picture improves. For her, it is a disturbing obstacle in her battle to survive alongside bigger papers with more resources.

"The situation here is terrible," she said. "But we'll continue. I've invested a lot into this paper, and it's been worth it. I saw after the revolution that people wanted the paper to carry on. And the paper will carry on."