The government's apparent inability to put important Mečiar-era criminals behind bars, despite its 1998 promises, may weaken voter confidence and lead to a backlash the next time Slovaks go to the polls, a prominent political analyst said this week.
"A big part of the population voted for the ruling coalition because of issues unrelated to the economy like democracy, European Union accession and fighting crime," said Grigorij Mesežnikov, head of the Bratislava-based think tank Institute for Public Affairs (IVO). "Therefore it is important for the government to solve crime, one of the hottest problems in society. If they don't, people will perceive the government as weak." 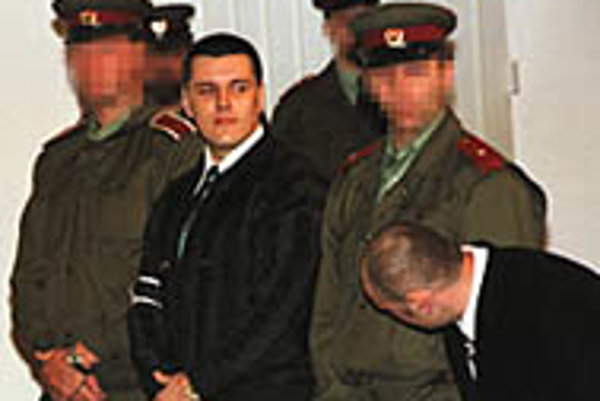 Font size:A-|A+  Comments disabled
The government's apparent inability to put important Mečiar-era criminals behind bars, despite its 1998 promises, may weaken voter confidence and lead to a backlash the next time Slovaks go to the polls, a prominent political analyst said this week.

"A big part of the population voted for the ruling coalition because of issues unrelated to the economy like democracy, European Union accession and fighting crime," said Grigorij Mesežnikov, head of the Bratislava-based think tank Institute for Public Affairs (IVO). "Therefore it is important for the government to solve crime, one of the hottest problems in society. If they don't, people will perceive the government as weak."

Despite initial promises to the contrary, over two years after the Dzurinda coalition took power in 1998 nearly all high-profile criminal cases remain unresolved. Former spy boss Ivan Lexa fled the country after being charged with abuse of power as director of the secret service; former Interior Minister Gustav Krajči has yet to face charges for marring a 1997 national referendum; former Transport Minister Alexander Rezeš has not been formally charged for allegedly stripping assets from eastern Slovak steel-maker VSŽ.

The one feather in the government's cap has been the trial and conviction of notorious mob boss Mikuláš Černák, who in January this year was sentenced to 15 years in prison for the 1996 murder of Polish businessman Grzegorz Szymanek, as well as for extorting businessmen in the Banská Bystricá region.

But now even that conviction could soon be quashed. Thanks to two complications in the case against the underworld figure - a key witness potentially changing his testimony and Slovakia's three year statute of limitations - the conviction is in danger of being reversed by the Supreme Court.

As a result, Černák may be set free by the end of the year, a development that both the government and its critics say would be a damaging indictment of the state's record in putting criminals behind bars.

"If Černák is set free, it would be very bad for Slovakia," said Interior Ministry spokesman Jozef Sitár. "We simply cannot allow that to happen. The police and the investigators finished their jobs successfully and got a conviction. Now the case is a matter for the courts."

Added politcal analyst Iveta Radičová of Bratislava's Comenius University: "It is very important for Slovak society that a precedence is set and justice is served to criminals. Slovakia is not yet a legal state [a country where the respect for the law is universal], and it is very important to the citizens [for the government] to address these problems."

According to analyst Mesežnikov, securing convictions of high-profile criminals like Černák could be a key factor in the government's gaining more support from the nation's voters, who have abandoned it in droves after two years of worsening living standards.

"Černák is a symbol of past criminology," he said. "If the government can't put criminals behind bars, it will create a frustration among voters. Crime is perceived by society as one of the most important social problems."

Voter patience may soon be put to the test once again. Alexander H., the main witness in the Černák case, has reportedly attempted to change his testimony. Slovak dailies have recently reported that the eyewitness to the 1996 murder committed by Černák had sent a letter to the Supreme Court recanting his testimony.

Alexander H. is currently in hiding in Slovakia's witness protection programme. Interior Minister Ladislav Pittner reported last year before the January trial that the Slovak mafia had put out a contract on the witness's head for 25 million crowns [then $580,000].

Interior Ministry Chief Investigator Jaroslav Ivor downplayed the development, saying at a late September press conference that witnesses could only change testimony by appearing before an investigative body, which Alexander H. had not done.

Furthermore, were Alexander H. to follow the proper legal procedures in changing his testimony, he could be charged with perjury. Ivor's spokesperson Magda Krasulová said that the testimony would stand until the witness contacted an investigative body.

"If a witnesss is interrogated and then wants to change his testimony, he must give an adequate explanation or face perjury charges," she said. "As of today, we do not know about the content of the letter and we are acting only according to his testimony."

Krasulová said that witnesses often had second thoughts about delivering incriminating evidence against mafia members because they feared for their personal safety. "Witnesses are often afraid to testify," she said. "They fear for their lives, health and family. This hinders the efforts of investigators because people don't want to talk."

Alexander H. may have good reason to fear for his life: Two other witnesses to the Černak killing, mobsters Róbert Holub and Marian Karcel, were murdered in 1997, Krasulová said.

She added, however, that even if Alexander H.'s testimony were changed, the case against Černák may still stand. "There was other evidence, the whole case was not built only on his testimony," she said.

When contacted by The Slovak Spectator, the Slovak Supreme Court would not discuss the letter, saying that all information on current cases was confidential.

The second complication in the case involves Slovakia's three year statute of limitations for murder cases.

Upon being convicted on January 28, Černák appealed the decision, sending his case to the Supreme Court. But if the court fails to issue a final verdict by December 20, Černák will have spent three years in prison without a final decision, meaning that according to Slovak law, he would then have to be set free.

Supreme Court Deputy Chief Justice Juraj Majchrák said that he and his colleagues understood the pressing nature of the case and would deliver a final verdict before the deadline.

"We consider the case a major priority since the time limit is rapidly approaching," he told The Slovak Spectator October 11. "It's complicated. The head of the court is studying the case's thick file [some 7,000 pages long] day and night as it is necessary to investigate everything completely."

"But I firmly believe that the final ruling will be reached before December 20," he said, adding that the court was scheduled to begin officially considering the case on October 24. A final ruling is scheduled for November 3.