Any foreigner that has ever rented a flat in Bratislava knows that it's a seller's market. With a shortage of places, and information on availability most often spread through word of mouth, a stranger in Bratislava is often at the mercy of the first offer he or she can find.
"The market in Bratislava is absolute chaos," agreed Laurie Farmer, head of Spiller Farmer real estate firm, who says his real estate company gave up finding apartments for clients. "Everything here works on chance, on who you know." 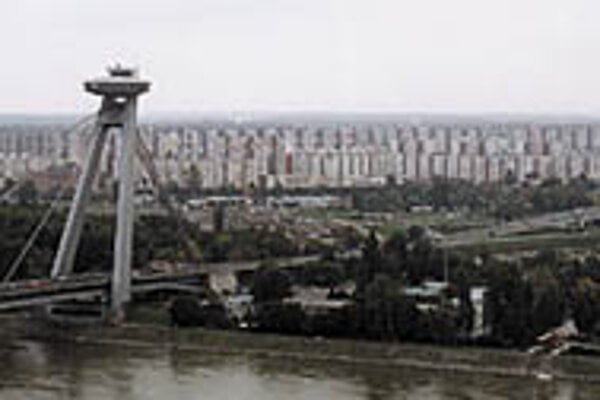 Font size:A-|A+  Comments disabled
Any foreigner that has ever rented a flat in Bratislava knows that it's a seller's market. With a shortage of places, and information on availability most often spread through word of mouth, a stranger in Bratislava is often at the mercy of the first offer he or she can find.

"The market in Bratislava is absolute chaos," agreed Laurie Farmer, head of Spiller Farmer real estate firm, who says his real estate company gave up finding apartments for clients. "Everything here works on chance, on who you know."

According to real estate experts, renters and landlords, everything also works on the sly. With loose regulation and even laxer enforcement of those laws that exist, most flats are rented in Slovakia 'na ciernou', literally, 'on the black', or without a contract. According to experts, the absence of lease contracts allows unscrupulous owners to skirt the law and also to get away without paying taxes, thereby costing the state millions of crowns in lost revenue.

In an interview with The Slovak Spectator in February, Interior Minister Ladislav Pittner confirmed that this practice was a problem and expressed his personal disapproval of black market renting. He said that in Bratislava there were many flats occupied by people paying enormous sums of money to others still officially registered at those addresses. "The amount these flat-owners or lessors are asking is disgusting, it's hyenism," he said. "I think that given the amount these people are earning, they should be able to pay the required taxes on rent, and still make a good profit."

But with few new apartment blocks having been constructed since 1989, available apartments remain largely in the hands of individuals, and experts say that until companies become the main suppliers of flats in Bratislava, it is likely that most rental agreements will continue to be handshake deals.

"I rented my flat to someone a few years ago for a while and I never had a contract," said Katarína M., a young woman who inherited two-room flat in Bratislava. "It never even occurred to me to have a contract. I never even knew that I was breaking the law."

Katarína actually wasn't breaking the law in renting her apartment to a friend without a contract; but she was later that year when she filed her taxes, but did not declare her income from renting the flat. According to Daniela Kľučková of the Bratislava Tax Office, the only requirement the law places on a person renting a flat is that they report the rent as income if it exceeds 10,000 crowns in a single calendar year.

"It seems as if the law is written in such a way that it is almost voluntary to report income on rent," admitted Kľučková, who confirmed that black-market renting was a serious problem, although she had no statistics on how widespread it might be. "Right now there is little cooperation between our office and the police to curb the abuse."

Kľučková added that usually such cases were brought to the tax office's attention by the renters themselves (sometimes unsatisfied with the landlord for whatever reason), or neighbours. Both lessors and lessees feel the effects.

"We had some sort of a contract, but it didn't do us any good. We got told we had four days to leave our flat," said Eduard Moravčík, who lived in the Bratislava district of Petržalka until March this year. "We had no protection of any sort against this, and we were living in our flat with essentially no rights because our landlords felt they could own one place and take the money for that while living nicely in an entirely different place. Someone informed on them and that was that."

In the future, Kľučkova said, she would like to see legislation requiring that all rent relationships have a contract registered at a government office.

Until that happens, however, it is likely that Slovaks will continue to make agreements unofficially.

Christian Mandl, CEO and President of Danube Consulting, a company that helps clients find apartments in the city, said that black market dealing caused problems for foreigners wanting to obtain residency and work permits in Slovakia. In order for a foreigner to work legally in Slovakia, they must provide official documents confirming their residence - precisely the documents illegal renters want to withhold. However, he added that the problem was not serious and landlords were willing to arrange things officially once the situation was explained to them.

"They may lose a little money in taxes, but most of them see the advantage of having a foreigner," said Mandl. "Foreigners almost always pay on time, and often they make investments into the apartment."

It is not, however, only illegal deals that are a problem with property in the Slovak rental market. The supply of vacant flats in Bratislava is so tight that prices have risen to almost par with some western European cities.

"There is a general lack of supply in Bratislava," said Mandl. "The presence of a foreign community in Bratislava drives prices higher, but students, for example, also have a difficult time finding and affording places, often living three or four to a one-room apartment."

Although Mandl said he had been surprised to find that apartments in the centre of Bratislava were almost as expensive as in cities such as Vienna and Brussels, he said that this was logical considering how relatively new the market is in Slovakia.

"Before 1989, the state was in control of building and distributing flats. After the revolution, the state sold most of its flats to individual persons. There still aren't many private firms that rent [and build] large numbers of flats," he said, adding that until this is the case, prices will remain sky high.