Bankruptcy legislation passed in June not only brings Slovak company bankruptcy proceedings closer to that of more developed economies, but may also have greatly widened a business niche for financial consulting firms - restructuring troubled firms with viable assets.
Lauded as one of the most important economic laws passed in Slovakia since its independence in 1993, the changes to the bankruptcy laws, including wholesale revisions to the Commercial Code, Civic Code, Tax and Customs Laws, have, firms say, allowed companies to be made far more viable targets for buyers even after bankruptcy has been filed for. 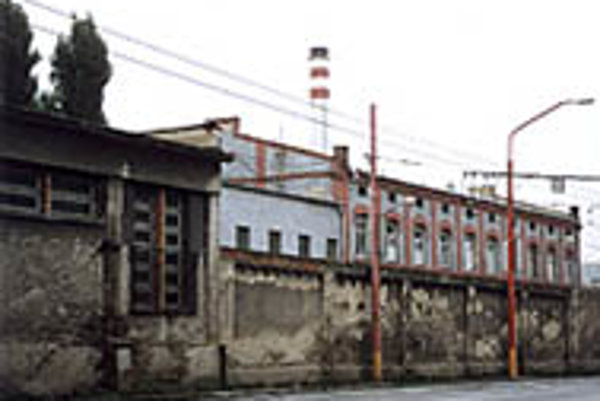 Lauded as one of the most important economic laws passed in Slovakia since its independence in 1993, the changes to the bankruptcy laws, including wholesale revisions to the Commercial Code, Civic Code, Tax and Customs Laws, have, firms say, allowed companies to be made far more viable targets for buyers even after bankruptcy has been filed for.

The main aim of the new law, the government said when it was passed, was to give more rights to creditors and allow them to play a major role in determining the future path of a bankrupt company - to decide, in effect, whether to bail it out or whether to kill it.

"This may lead to a process in which a company's assets are transferred from one owner to another as soon as possible, so the company doesn't die," explained Juraj Renčko, advisor to Finance Minister Brigita Schmögnerová, adding that the new regulations strengthen the position of creditors in bankruptcy cases and allow for a firm to continue functioning for a limited time during the bankruptcy process.

It is this 'breathing space' which has created a new opportunty for consultancies and company recovery firms to play a wider role in saving bankrupt firms' viable assets, and to move in quickly to pull a company back from the point of no return.

"We see a future for consulting and financial advisory groups like ourselves to move into the restructuring of companies. It's the most logical step," said Paul Greeman of the financial advisory and consultancy firm Navigator. "If a company owns up to the fact of bankruptcy and can carry on in some limited fashion, it [through consulting firms] can get some of the viable assets to an investor - it [the bankrupt firm] can retain something of a market position, workers' skills and the workforce itself. An investor or buyer then doesn't come in to something like an empty shell of a factory," said Greeman.

The improved position of banks and creditors in bankruptcy cases on the back of the new legislation will, added Richard Satin of the company restructuring firm The Recovery Group, persuade more firms to offer some kind of consultancy service.

"Before these legal changes the position of banks and creditors in the [bankruptcy] progress was very poor," he says. "But now the positions have been strengthened and they have the power to influence the path of bankruptcy. They are more willing to come to firms like ours now."

With firms already having experience of financial streamlining and restructuring in a company by placing a value on it for a buyer, should, Greeman says, allow them to easily start offering a new service.

"A firm like ours will evaluate a company and set a price for it. But that is always a snapshot of a company, and when there is daily business done and balance sheets changing and revenues coming in and money going out, the company is a much more animate, growing animal. With a firm in bankruptcy it's a lot easier to isolate and evaluate that company's state," he said.

"What is needed then is to recreate the value of a company [that is now bankrupt]. To do this you need to get cashflow margins up, increase asset productivity and boost investment for product growth. Once that value has been recreated, a firm such as ourselves would look to sell that company on to a strategic investor," said Greeman.

Consultancy or a fuller role?

The presence of new firms playing a beneficial role in bankruptcy situations will, analysts say, be an added boost in helping turn around the Slovak corporate sector, especially if the firms concentrate on offering 'turnaround' strategies to bankrupt firms.

However, several views exist as to which form of help - pure consultancy or a more hands-on approach such as putting management teams into companies facing or in bankruptcy - will prosper most in the Slovak market.

Ivan Chodák, an analyst with CAIB Securities in Bratislava, said that more active forms of help would probably become the norm as advisors actually became almost temporary custodians. "This kind of consultancy exists now, but it is all about streamlining companies in trouble, not in bankruptcy," he said. "It won't be profitable for [advisory] companies to make themselves available to bankrupt firms, because there will be no one to pay them unless creditors put some money forward for the consultancy, so they will have to focus on offering consultancy on turning a company around and then selling it on."

TRG's Satin agreed that while the role of bankruptcy consultancy could grow, firms would do better to offer what he called "a more full approach" to bringing companies back from the brink in the light of the bankruptcy law changes.

Satin explained that companies in bankruptcy proceedings often needed not just advice but also a management team to haul them out of their financial crisis. "We are convinced that a kind of service where we put in a full interim management team not just to draw up but actually to implement all plans is better [than offering purely restructuring consultancy]. Even if shareholders are willing to take a [bankrupt] company and find an investor for it, that company has to be prepared to such a state that it has at least some value," he said.

"The legal framework has changed now and we can see a basis for very healthy industry restructuring. We would like to be part of that, to be not just the creators of a [recovery] plan but also its implementors. Simple commercial consultancy is not so attractive," Satin added.

The Big Five auditing and advisory firms, who have played a limited role in corporate restructuring in Slovakia, have also said that they will now be looking to reverse that policy following the new legislation. However, they have so far concentrated on consultancy rather than implementing full management teams.

"This is one of our key areas [corporate restructuring consultancy] but in Slovakia we haven't been involved in it very much so far. You'll see a market for this type of consultancy to develop because of the change in the bankruptcy laws," said Peter Feith, managing partner at Ernst & Young in Slovakia. "There is certainly room for this market here and a growing need for it. At some point in the future we'd like to be part of that market."

However, the head of the auditing division at Arthur Andersen, Santiago Padro, cast some doubt on how willing companies might be to enter an untried market on the back of laws which he said were also still untested.

"Arthur Andersen won't be moving into this sector. We don't feel comfortable with this in this country right now. There is still too much untransparency. With the changes in the bankruptcy legislation, we'd like to wait and see. Will it be workable? That's the question," he said, adding, "you may see some smaller firms moving into this area of consultancy but for the bigger firms I don't think so".

While experts admit that the full benefits of the bankruptcy law will not be seen for some months yet, they are already predicting strong competition between companies ready to offer advice on restructuring.

"This law specifically may facilitate a growth of consultancy firms in restructuring. I'm all for restructuring myself, and while we've not felt any immediate effects of the law changes in the work we're doing, we hope that with the new laws there will be more work for us because of the better opportunities for restructuring through this law," said Alan Eames, advisor for the Agency for Industrial Development and Revitalisation (AIDR).

TRG's Satin added: "This new law is very young, but even now we can see that banks and creditors are taking a different approach. They suddenly have the power to do something and they are interested in our services."

Stoking the cautious optimism, analysts say the work of new companies in rescuing firms from bankruptcy and making those that are in bankruptcy proceedings viable enough to be sold on is vital.

"It's a bit too early to say what the potential will be for this new part of the consultancy market in terms of a wider contribution to the economy as a whole. But those companies that can survive will, and those that can't won't and will fall away. That is a clean-up for the economy, and while it may be painful for a short while in some regions of Slovakia [with resulting unemployment], it is a necessary part of cleaning up the corporate sector," Chodak said.