Last week, the Slovak national media reported that swimmer Martina Moravcová was the country's first ever Olympic multi-medal winner. Apparently, the media had forgotten about 19 year-old Richard Kráľovič, winner of three medals in 1999 - at the International Informatics Olympiad in Turkey.
Lifted by Kráľovič's performance, the Slovak team finished seventh in the competition's medal table, continuing a long tradition of Slovak success at IT competitions. Indeed, the performance of Kráľovič and others before him is in some ways an unlikely tale, one in which IT education seems to be triumphing over financial and technological adversity in Slovakia. 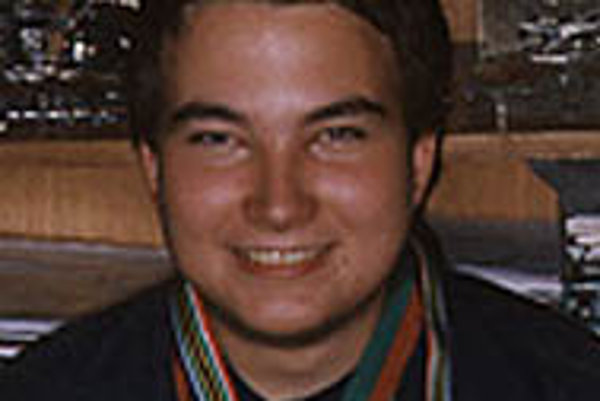 Lifted by Kráľovič's performance, the Slovak team finished seventh in the competition's medal table, continuing a long tradition of Slovak success at IT competitions. Indeed, the performance of Kráľovič and others before him is in some ways an unlikely tale, one in which IT education seems to be triumphing over financial and technological adversity in Slovakia.

Despite outdated equipment in schools, few families being able to afford home computers and limited domestic demand for home-grown IT specialists, Slovakia's youth have managed to cultivate IT skills comparable with those possessed by their Western counterparts, promising a solid foundation for growth in the country's IT sector.

However, the Slovak IT success tale may not have a happy end. Because domestic companies at the moment cannot find room for the IT experts the country is producing, many of them are being lured abroad to better-paying and higher-profile positions in IT. Young talents such as Kráľovič, in the end, may end up wearing the colours of a foreign company, despite the fact they got their start in Slovakia.

For now, however, analysts are bullish on Slovakia's IT strengths. "If you look at the way countries like America and the West are developing, there is a big shift going on in the economy towards being IT based. Slovakia has traditionally been very good with computer technology, and with that in mind, it's fair to say that the IT situation here is very positive," said Ján Tóth, senior analyst at ING Bank in Bratislava.

"Looking 10-15 years down the road, a workforce with solid IT skills will be very important," he added.

HR analysts agreed that for now, the country was sitting pretty as far as IT talent went. "Slovak workers in their twenties, thirties, and sometimes forties have no problems with computers," said Stanislav Fančovič, of the Human Resource firm Take-It. "Besides the rapidly-growing highly-skilled portion of the workforce, the remainder is on the whole computer literate. Everyone needs computer skills for work. Not everyone needs to be a computer programmer and have really advanced skills, but it's essential to have some skills, even at a a fairly basic level."

The HR expert added: "There are Internet cafés around these days and young people have the opportunity to use computers. There are no young people who don't know how to use a computer now, and it's great for the workforce, not just for the IT sector, but for all sectors."

Educators say this current positive situation is in part the result of a tradition in Slovak schooling that stretches back almost 40 years. "[Computer] programming started to be taught here in the early 1960's. For a long time, Czechoslovakia was among the world leaders, alongside China, Russia and Poland," said Viera Blahová, educational research scientist at the Slovak National Institute for Education. "And since 1986, two hours a week of informatics has been required curriculum at every Slovak high school."

The strength of Slovak IT education has been reflected in the recent results at the Informatics Olympiads. Slovakia topped the medals table in 1993 and 1998, and came third in 1996 and 1997. This year's event in China, it is hoped, will produce similar results.

Despite the academic success of people like Kráľovič, however, keeping up with Western innovation has proved financially difficult for Slovak schools, causing concern over whether the school system can keep producing enough talent to fuel development of the country's IT sector.

According to Blahová, current Slovak students are increasingly disadvantaged by the dire financial situation of the school system, which has been unable to finance a comprehensive programme to update IT technology. "In 1986, when Slovakia produced its own computers rather than importing them, we put a computer in every school. But after that, problems with finances started. We got behind the West and have never been able to catch up."

Blahová is also the Slovak coordinator for the international study SITES, which in 1999 compared levels of technology in primary and secondary shools around the world. The study found that Slovaks have approximately 24 students per computer at the secondary school level. For Western countries such as France and Canada, that ratio is around nine to one.

"And that doesn't even tell the whole story," said Blahová. "Many of our computers are old and outdated. For example, only 12% have Pentium processors, compared to over 50 for most Western countries."

Slovak Minister of Education Milan Ftáčnik has said that information technology is a top priority for the government. In order to close the gap, his ministry has thrown its support behind the private initiative Infovek, which aims to connect all Slovak high schools to the Internet by 2002. Currently, only about 10% of Slovak high schools have Internet connections.

In spring this year Infovek received 80 million Slovak crowns ($1.8 million) from the ministry for their 2000 budget. Minister Ftáčnik said at the time that in five years he expected the Internet connection rate in schools to be much higher.

Blahová, however, believes the country will have to do more to solve the IT gap in education. "Infovek is great, but it only guarantees one computer per school connected to the Internet," she said. "If Slovakia doesn't institute a more ambitious plan, the ratio of students to computers will only get worse."

Blahová went on to say that the poor student/computer ratio has held Slovakia back in using computers in general education. "Slovak programming classes are excellent, but very few other subjects in Slovakia are taught in concert with the Internet or computers in general," said Blahová. "In England they are already working with the Internet in kindergarten. In Slovakia, it's still an exception to use computers at any level."

But despite the numbers, young Slovaks seem to be making up for the shortcomings of their education. Renata Králiková, chairperson of the Slovak University Student Council, says she was never taught how to use modern software at school, but that she has no problem using a computer to administer her organization's activities, activities that require working knowledge of word processing software, e-mail and the Internet.

"I learned everything I needed to know through experience," said Králiková. "They taught us some things in school, but nothing I use now. The computers were very old. Most Slovaks I know don't necessarily try to become experts with computers, but they learn what they need to know to be able to be successful in whatever field they are interested in," she added.

"I happened to learn at work, and everyone I know does the same. They just don't teach this at school, you have to learn at whatever work organisation you have a connection to."

Fančovič said that the scramble by young Slovaks to achieve western norms in IT skills after 1989 was comparable to the same generation's push to learn English, both of which skills play an increasingly important part in finding good jobs. "Nowadays people realise that it's a must to speak English and to be able to use computers," he said. "Slovaks realised this, and have worked to reach a level comparable with that of the West."

Perhaps the largest incentive to learn computer skills, much as in learning English, is the opportunity those same skills can offer to work abroad. The supply of young people with advanced computer skills in this country is now far greater than domestic demand, while the situation is the opposite in Western countries, leading to a drain in IT talent that analysts only expect to intensify.

Although statisitics on the number of IT workers leaving the country are unavailable, Fančovič said that he was personally aware of a Swiss firm that had recently hired 15 Slovak programmers. "I wouldn't say that our workers are more skilled, but demand is so high there [abroad] that supply can't keep up," Fančovič said. "There are German and Swiss firms that need hundreds of IT employees."

According to him, not only are there more opportunities abroad, but the nature of IT employment is also different. "In Slovakia we have mainly operating centres [where existing computer knowledge is used]. In the West they have centres researching and developing new technology," explained Fančovič. "So not only are salaries sometimes 5-6 times more, but Slovaks that leave may have the opportunity to be part of the latest technology."

The money spent, say IT specialists, is creating a technology and opportunity lag that may lure some of Slovakia's best talent away from home - a warning borne out in the plans of 16 year-old Peter Bella, Kralovič's heir apparent at Gymnázium Juraj Hronec in Bratislava. Although Bella rates the quality of education he has received in Slovakia as "excellent", he admits he eventually plans to leave for the West.

"I want to study first in Bratislava, but after that I want to get my PhD in America," he told The Slovak Spectator. "The equipment and opportunities in education there are so much better."