Representatives at Deutsche Telecom have dismissed an attempt to block their purchase of a 51% share in the Slovak telecoms firm Slovenské telekomunikácie (ST) as "nonsense".
On September 16 Ivan Matušík, a representative of the firm Herold Tele Media, said that a Bratislava district court had blocked the sale to the German telecoms giant based on an earlier claim filed by Matušík for ownership of ST. The court later denied Matušík's statement.
Matušík's earlier suit had sprung out of a 1998 contract dispute between ST and Herold over the production of a Slovak 'yellow pages'. 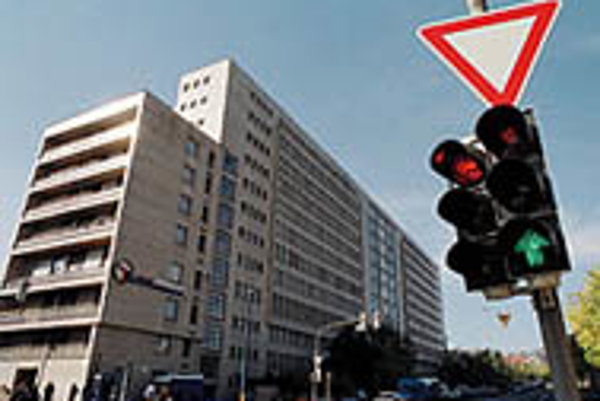 Font size:A-|A+  Comments disabled
Representatives at Deutsche Telecom have dismissed an attempt to block their purchase of a 51% share in the Slovak telecoms firm Slovenské telekomunikácie (ST) as "nonsense".

On September 16 Ivan Matušík, a representative of the firm Herold Tele Media, said that a Bratislava district court had blocked the sale to the German telecoms giant based on an earlier claim filed by Matušík for ownership of ST. The court later denied Matušík's statement.

Matušík's earlier suit had sprung out of a 1998 contract dispute between ST and Herold over the production of a Slovak 'yellow pages'.

Speaking to The Slovak Spectator September 19, a spokesman for Deutsche said: "It's nonsense, utter and complete nonsense. The deal is closed, we have paid for our stake in ST, and it is ours."

Gabriela Nemkyová, a spokeswoman for ST, backed up the German telecoms giant's response. "They [Herold Tele Media] just lied, their claims about the court injunction are untrue. This Matušik has now changed his statements and he is just telling lies to the media. There are no problems with the sale to Deutsche Telecom," she said.

Nemkyová dismissed Herold's claims as "a negative media campaign against Slovenské telekomunikácie designed to influence the decisions of independent courts".

The comments came after the privatisation of ST, hailed by the government as a massive success, looked as if it was in danger of being derailed.

In a letter published in local media, Matušík said that the Bratislava 1 District Court in a resolution from August 2 had blocked the registration of changes passed at a special shareholder meeting of Slovak Telecom after the sale of a 51% stake to Deutsche Telekom in July. Matušík said that the recording of the changes had been blocked because Herold had filed a claim for ownership of ST dating back to an April 8, 1988 contract.

Matušík claimed that registration of the new company management could not be completed prior to conclusion of a trial to resolve the claim. However, the district court said September 18 that while it had issued a ruling on August 2, this ruling had actually ordered no further court proceedings, since the claim had been filed by an unauthorized individual. Matušík has since admitted that his original statements about the district court's rulings were incorrect, but has appealed the August 2 ruling to the Bratislava regional court, which has yet to issue a decision.

The government has also countered the validity of Matušík's claim. "We have fundamental doubts over Herold's claims," said Deputy Telecoms Minister Dušan Faktor, adding that the management changes initiated by Deutsche Telecom had already been registered in the business register and that they could not now be blocked.

Memories of past fiascos

The recent row has reopened the debate on the level of safety enjoyed by potential strategic investors into state firms, with comparisons being drawn to the current government's handling of state stakes that were sold under dubious circumstances prior to its term.

In 1999, the newly-elected coalition became embroiled in a damaging fiasco over the retaking of a 45.9% stake in the gas storage firm Nafta Gbely. The government moved to take back the stake from entrepreneur Vladimír Poór, a man who in the past had had close links with the former Movement for a Democratic Slovakia (HZDS) government, and who had bought the stake at one sixth of its market value.

In February that same year, Poór offered to sell his Nafta stake back to the National Property Fund (FNM), which initially accepted his offer but later stalled over the amount the businessman was demanding for the stake. Finance Minister Brigita Schmögnerová explained that the government's intention was to sell Nafta directly from the FNM to a foreign investor. but in May then-Economy Minister Ľudovít Černák announced that some cabinet members had agreed to create a joint stock company between the FNM and the state gas utility, Slovenský plynárenský priemysel (SPP), to concentrate Nafta ownership under this new firm and then sell off a minority share to a foreign investor after Nafta had been restructured. Investors grew impatient with the delays, and questions began to be asked about the government's commitment to transparent privatisation.

Similar delays with putting a final seal on the ST sale are, analysts have said, only a very remote possibility, but government claims that the privatisation has been a complete success will come under close scrutiny nevertheless.

An energy sector source close to the previous Nafta deal told The Slovak Spectator: "Have you ever seen a government in this region that has learnt from its lessons? I think that with this ST case the Herold issue was publicised a long time ago and the blame, if any, lies on both sides. Deutsche Telecom has carried out a due diligence, and there are advisors appointed by the government. All this really should have been cleared up or discovered before any sale was made."

In its recent sale of ST, the government watched two of its three final bidders, Telekom Austria and Dutch firm KPN, pull out of the tender, KPN at the last minute citing what representatives said were "too many uncertainties surrounding the sale." The company is known to have been unhappy with the government's handling of the tender process, and all bidders involved have privately said that they were often informed of key details of developments in ST, such as transfers of ST shares in Slovak bank Poštová banka, only through the media.