The Telecoms Ministry has been plunged into a row over the planned granting of a licence for third-generation mobile phones without a tender - a move analysts believe would open the door to possible corruption.
Deputy Transport and Communications Minister Dušan Faktor told the SITA news agency September 7 that two third-generation UMTS telephone licences the government plans to issue in late 2001 would go to current mobile phone operators EuroTel and Globtel, while a third would be offered for a low price without a tender.
The statement raised eyebrows among economic analysts, and perhaps more importantly, drew concern from a government anti-corruption body. 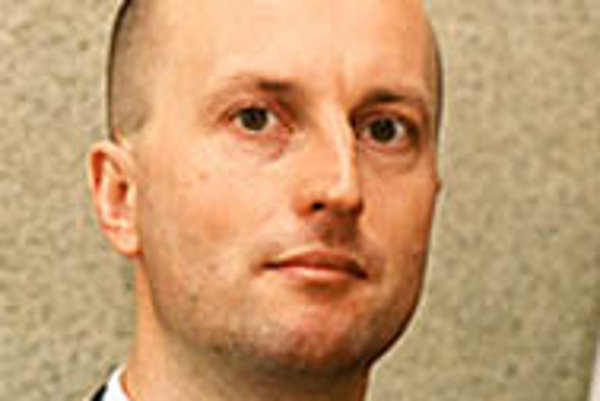 Font size:A-|A+  Comments disabled
The Telecoms Ministry has been plunged into a row over the planned granting of a licence for third-generation mobile phones without a tender - a move analysts believe would open the door to possible corruption.

Deputy Transport and Communications Minister Dušan Faktor told the SITA news agency September 7 that two third-generation UMTS telephone licences the government plans to issue in late 2001 would go to current mobile phone operators EuroTel and Globtel, while a third would be offered for a low price without a tender.

"The sale of any licence should be carried out in a transparent environment," said Mário Virčík, secretary of the managing committee for the government's anti-corruption fight. "There has to be a degree of clarity in the granting of any licence, and the presence of a body not linked to the government has to be guaranteed during the sale process."

Deputy Telecom Minister Faktor, the head of an mixed government commission which managed the recent sale by tender of state telecoms firm ST, is also head of the ST Supervisory Board.

"It's weird," said Martin Barto, head of strategy at state-owned bank Slovenská sporiteľňa. "An auction would be the most transparent way of offering the licences. But they [the Telecom Ministry] want to do it cheaply because they are afraid of high fees."

Faktor has said that the high prices paid for licences in recent UMTS auctions in Britain and Germany, [bidding in the UK auctions in April reached $35 billion - ed. Note] could be repeated in Slovakia, and cause the company which won the licence to pass the costs of this bidding on to customers in the form of higher fees for UMTS services.

However, Barto rejected this suggestion. "The competition would not allow them [poten tial successful bidders] to keep their consumer prices high, and a sale without a tender is far more vulnerable to corrupt practices. If firms were able to buy the licence very cheaply, there would be more competition between interested firms, and they would not hesitate to use corrupt methods [in getting the licence]," he said.

Faktor, when contacted by The Slovak Spectator September 11, denied that the third licence would be offered exclusively in this way, saying that no final decision had been taken on how the licence would be granted. "Tthe way the licence was sold in Germany, for a high price, is not close to our thinking on the way we would like to grant the licence," he said.

"Only economically strong countries, those with a developed infrastructure, can sell the licence in an auction," he added. "But here in Slovakia we have to consider other factors, such as the long-term development of the telecoms market and the eventual benefits of this development for this country's citizens. From an auction you get only the immediate benefit of a one-off revenue, and developing economies have to focus more on building their markets than taking immediate revenues," he added.

Despite confusion over Faktor's statement, and predictions it could foster rather than eliminate corruption, the managing committee for the government's anti-corruption campaign claims to be making good progress with its programme to root out corruption, a claim backed up by timely submissions of individual proposals to deal with corruption from ministries and government offices.

Of the 28 ministries and government offices which were required to submit their anti-corruption blueprints on September 4, only one office, the newly-established Office for State Help, has yet to turn in its plans.

"We are happy with the submissions process. The overall co-operation was very good," said the committee's Virčík. "Some of the ministries really surprised us with what they submitted. They didn't only cover plans for [combatting corruption in] their own spheres, but also helped to advise in fighting corruption in areas beyond their own competence," he added.

Virčík cited the example of the Interior Ministry, which had proposed an overview of corruption in particular areas within the competence of the Health Ministry and Education Ministry. According to a June World Bank survey, the latter two ministries preside over sectors which have the highest levels of corruption in Slovakia.

The government's campaign against corruption was officially launched on February 27, with the ministry proposals scheduled to be submitted in June. The delay to the September date was criticised by the World Bank in its report, and raised questions over the government's committment to fighting corruption - a blight, analysts say, on both attracting investors and creating a stable business environment in Slovakia's corporate sector.

However, the recent progress made by the committee has gone some way to reassuring investors that the govenrment has stepped up its efforts to deal with corruption.

"The government's fight against corruption is vital here. It will create trust among foreign investors towards Slovakia. If the government's plan is transparent itself and effective enough, it will be a big plus for Slovakia and the economy's international image [as stable and non-corrupt] would be strengthened," said Ivan Chodak, analyst at CAIB Securities.

Figures within the committee have stressed the importance they say the government is placing on its campaign. "Fighting corruption should be the government's major priority this year," said Michal Ivantyšyn, coordinator for the managing committee.

"Corruption creates a significant handicap for Slovakia. It reduces investment inflows, with clear and immediate effects on the business sector from this. Fighting corruption will increase the health of the economy," he added. "The will to do this comes from the very top - the prime minister is leading this fight. This is an excellent opportunity to push the whole system of state management to the forefront of discussion and begin to limit the state's involvement and control in companies which it really should no longer be so heavily involved with, especially those where the state has either full or majority stakes."

He added: "I consider this as almost a personal fight myself."