The campaign to remove Supreme Court Chief Justice Štefan Harabin from his post heated up on August 16 when the cabinet proposed his recall. Harabin, critics say, has damaged the reputation of the Slovak judiciary through his controversial behaviour and his decisions since his appointment in February 1998.
Harabin, on the other hand, says that he is being persecuted by the current coalition because he was appointed to his post by the opposition far-right Slovak National Party (SNS) during the last government of former Prime Minister Vladimír Mečiar. He added that the forces which oppose him prefer a Supreme Court chief who is at the beck and call of politicians, the type of judge he maintains he is not. 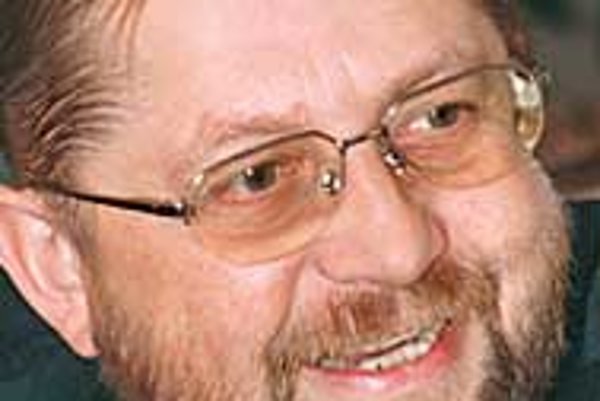 Font size:A-|A+
The campaign to remove Supreme Court Chief Justice Štefan Harabin from his post heated up on August 16 when the cabinet proposed his recall. Harabin, critics say, has damaged the reputation of the Slovak judiciary through his controversial behaviour and his decisions since his appointment in February 1998.

Harabin, on the other hand, says that he is being persecuted by the current coalition because he was appointed to his post by the opposition far-right Slovak National Party (SNS) during the last government of former Prime Minister Vladimír Mečiar. He added that the forces which oppose him prefer a Supreme Court chief who is at the beck and call of politicians, the type of judge he maintains he is not.

"Executive and political powers are grossly interfering with the independence of the judiciary," Harabin told The Slovak Spectator on August 15. "[This interference occurs] only because the courts, and especially the Supreme Court, carry out their verdicts based on laws, and not based on the wishes of the various political parties and lobby groups of the ruling coalition."

But the government is adamant. Justice Minister Ján Čarnogurský, who has led the attack against Harabin, responded: "Harabin has proven by his acts and comments that he is neither a moral authority nor a legal expert capable of leading the Supreme Court."

Independent judicial bodies have also weighed in against Harabin, whose appointment they had opposed in early 1998. Pavol Rohárik, head of the independent Association of Slovak Judges (ZSS), said that the judge's charges that the government was trying to politicise the judiciary were unfounded. "Harabin himself was a political nominee," he said. "If judges weren't nominated to the Supreme Court by parties, Harabin would probably not have received the post in the first place."

The most recent controversy Harabin has sparked was his treatment of Supreme Court judge Jozef Štefanko, who reportedly underwent treatment in the Sliač spa without being properly billed for the services. Štefanko has been accused of accepting a bribe, as he sits on a Supreme Court panel of judges which will decide a case involving the Sliač spa director, Viliam Soboňa, who was Health Minister in the previous Mečiar government.

On August 3, Harabin refused to launch an investigation into his subordinate's actions. But after intense public pressure and allegations of corruption, he changed his mind and gave the go-ahead for the investigation.

Harabin said that he was currently studying the Štefanko case, "but it takes some time. We are not under martial law, and I'm not obliged to deliver a judgement within 24 hours, am I?"

Legal title to the building on Župné námestie in Bratislava which houses both the Supreme Court and the Justice Ministry offices has also been a source of conflict. Both sides claim to be the true owners of the building, and each claims to possess a photocopy of an original document proving its title.

But while the Supreme Court has insisted that its copy is the real one, the Justice Ministry's Daniel Lipšic said that the Ministry's version matches the original document held in the archives of the Bratislava District Court.

"If it's shown that Harabin knew that somebody created a false copy, I wouldn't hesitate a second to vote for his sacking from the post," said Peter Kresák, an MP and a legal expert for the ruling coalition Party of Civic Reconciliation (SOP).

Harabin has also been attacked for misrepresenting the mood of the judiciary, after the ZSS and the Association of Female Judges of Slovakia said Harabin had traduced their views to European bodies. Harabin reportedly wrote a letter to Dirk Meganck of the European Commission, saying that the majority of Slovak judges disagreed with a recently proposed amendment to the Slovak constitution affecting the judiciary.

"This [that judges disagree with the proposed amendment] is not true," Rohárik said. "We are critical of the state of the Slovak judiciary, which allows executive and legislative powers to influence legal matters. But we do support the amendment because we think it would change some of our major concerns."

In the face of his detractors, Harabin maintained that he was being unfairly accused of wrongdoing, and that furthermore, his forced removal would be unconstitutional. "No judge can be recalled from his post," he said. "My term is to last five years [until February, 2003] as a safeguard against political harassment [the election term of the parliament spans only four years]."

Kresák and Čarnogurský countered by saying that the Supreme Court head was mistaken in his interpretation of the law. "The constitution says that parliament has a right to nominate and recall even the highest court judges," Kresák said.

Čarnogurský added: "This mechanism exists and was already used when judge Štefanko was recalled from his post of Supreme Court vice-chair."

Political analysts agreed with Kresák and the Justice Minister. "Harabin was not telling the truth when he said that his recall would be unconstitutional," said Grigorij Mesežnikov, a political scientist and the head of the Bratislava-based think tank Institute for Public Affairs. "The Chief Justice of the Supreme Court is a political candidate who can be recalled by parliament."

He added that the proposal to recall Harabin was "absolutely correct", and expected that it would not be a problem for coalition partners to unite behind a vote for Harabin's ouster. Parliament is expected to vote on the case after its summer break ends in September.

Opposition party representatives reacted angrily to the attacks against Harabin, saying that his potential recall proved that the current government was trying to control independent judiciary organs, and adding that European institutions, hitherto silent on the matter, were being hypocritical by not taking a stand.

"The fact that the Coalition Council [a senior government body] discussed this matter with the cabinet testifies clearly that the government is attempting to politicise the judicial system," said SNS boss Anna Malíková.

"Where are the European institutions now?" she asked. "If this type of thing happened during the Mečiar government, we would have long ago received a warning from them."