Every country has one: a diplomatic community. A unique lot, they spend the majority of their professional lives as expats away from their native land serving their country by learning about and becoming involved in other countries.
But apart from their diplomatic duties, not much is known about this peculiar group of people. After speaking with three foreign ambassadors living in Bratislava, The Slovak Spectator has discovered that they are, as a rule, outspoken people with decisive voices, an air of dignity and an apparent affinity for golf and tennis. At least one names a Slovak jazz-man named 'Dodo' as his favourite musician. 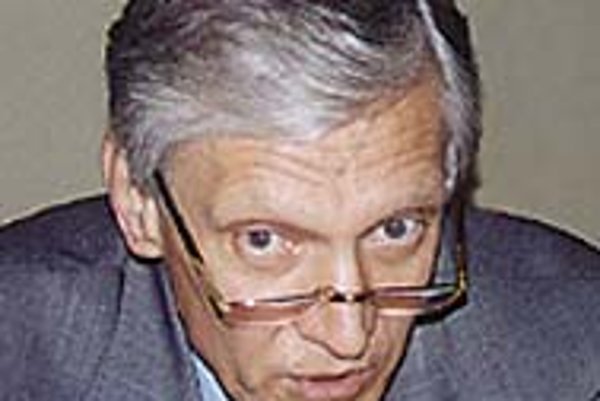 Font size:A-|A+  Comments disabled
Every country has one: a diplomatic community. A unique lot, they spend the majority of their professional lives as expats away from their native land serving their country by learning about and becoming involved in other countries.

But apart from their diplomatic duties, not much is known about this peculiar group of people. After speaking with three foreign ambassadors living in Bratislava, The Slovak Spectator has discovered that they are, as a rule, outspoken people with decisive voices, an air of dignity and an apparent affinity for golf and tennis. At least one names a Slovak jazz-man named 'Dodo' as his favourite musician.

With Slovakia inching ever closer to NATO and European Union membership, diplomatic relationships with these foreign representatives are viewed as crucial by the government. Unfortunately, only a fraction of the ambassadors accredited to this country have headquarters in Slovakia - according to the Foreign Ministry, only 31 foreign embassies and 19 consulates operate on Slovak soil while the rest of the total 82 accredited ambassadors to Slovakia sit in major cities of nearby countries, such as Vienna, Prague, Moscow and Bonn.

"We can't influence the decision of a sovereign country to launch an embassy in our country," said Slovak Foreign Minister Eduard Kukan. "But if we get into the EU, all member countries would open embassies here, which would be a considerable increase. It's now up to us to bring Slovakia to its proper place on the international level and to become an equal player on the international scene."

Local ambassadors have already applauded the Slovak government of Prime Minister Mikuláš Dzurinda for bringing Slovakia back into the fold of potential EU countries. But while their work these days may consist less of handing harsh notes to their host government and more of opening doors to potential investment, they say the political aspect of their work is even more important now that Slovakia has become a realistic candidate for western integration.

"We were not happy with how things were developing during the Mečiar government," agreed British ambassador David Lyscom, who took his post in Slovakia in October 1998. "Now [with the change in government] our job is different but equally important. We are urging reforms in the Slovak economy and we analyse political developments in the country so that we can advise our governments properly on their stance towards Slovakia's integration efforts."

For many foreign diplomats, a posting in the often tumultuous and controversial Slovakia represents an exciting experience. "I decided to come to Slovakia because of the challenge it meant to me," said German ambassador Frank Lambach, who started his diplomatic career back in 1965. "Slovakia is lagging behind its neighbours in its integration and reform efforts, and this makes my work here more interesting."

Kukan said he understood the diplomats' eagerness. "As far as I know, a posting in Slovakia is quite interesting for diplomats at the moment. Slovakia is now a very dynamic, changing country which makes it a desired destination for diplomatic professionals."

That foreign diplomats take Slovak politics and business matters seriously is illustrated by one of Lambach's passions: watching political debates on Slovak television. "Although I don't speak much Slovak, I like watching political discussions like Sito [a talk show on the private Markíza TV station], and I can understand as much as 50% of these talk shows," he said.

He added that because his term was slated for just two years, it wouldn't make much sense for him to learn Slovak. "It's quite difficult [not speaking the language] but luckily people here speak foreign languages very well."

From the Slovak point of view, the ambassadors present in Slovakia are generally seen as experts on central European issues for their native countries, and are praised for their openness in communicating with domestic political analysts.

"I often work with the German embassy as well as the British one and my experience has been very positive," said Ivo Samson, head of the research centre at the Slovak Foreign Policy Association. "They are very outgoing in terms of providing us with information we need for our work."

Kukan agreed, saying that both Lambach and Lyscom, as well as Russian ambassador Alexander Aksenionok, were all dedicated to excellence. "They are very efficient representatives of the interests of their countries in Slovakia," said Kukan. "All of them are experienced diplomats who know their work well. None of the three is a routine type of diplomat. They take their missions here very seriously and are excited about their work."

On a personal level, the ambassadors say that they often know each other from previous postings, and that friendships among them are normal. They add, however, that by the nature of their trade these relationships differ from those of 'normal folk'.

"A very good friend of mine is the French ambassador to Slovakia, George Vaugier," Lambach said. "We have known each other for a long time, and now we've met again in Slovakia. But the friendships among us diplomats have a different quality... we are constantly moving, we have to prepare to say goodbye at any time, and just hope to see each other again someday."

Aksenionok said that for his part, he preferred to socialise with his Slavic brethren, the Slovaks. "I have plenty of Slovak friends. I like Slovaks very much because they are quiet people, not troublesome, and they know how to enjoy their pleasures without overburdening themselves with problems."

Lyscom added that while diplomats saw "an awful lof of each other", they didn't let international rivalries between their countries stand between friendships. "We are similar people doing similar jobs, we help each other as any other group would."

With their busy schedules, though, the ambassadors say they still find time for leisure and culture. "I play a little squash and tennis, travel around Slovakia with my family, go to the mountains or cycle," said Lyscom. "As far as we can be normal, we do normal things, really."

Aksenionok, too, admited a passion for tennis as well as downhill skiing, and added that another of his passions - jazz - can be richly gratified in Slovakia. "I like jazz and often go to concerts. In fact, my favourite musician is [Slovak jazz artist] Jozef Dodo Šošoka."