Recent developments on the Slovak television scene have raised new accusations of political influence behind certain stations, and promise to be as entertaining as the on-air content itself.
TV Mark'za, by far the nation's most watched station, finally settled out of court its operating license dispute with the Gamatex firm, thereby solidifying its spot atop the nation's ratings. The tiny late-1999 start-up TV Luna, formerly financed by the controversial Slovak-Russian financial house Dev'n banka, has found a new foreign investor after the bank nearly collapsed last month. Meanwhile, Martin Lengyel, a former advisor to Prime Minister Mikuláš Dzurinda, has announced his own plans to enter the TV fray by launching his own station. 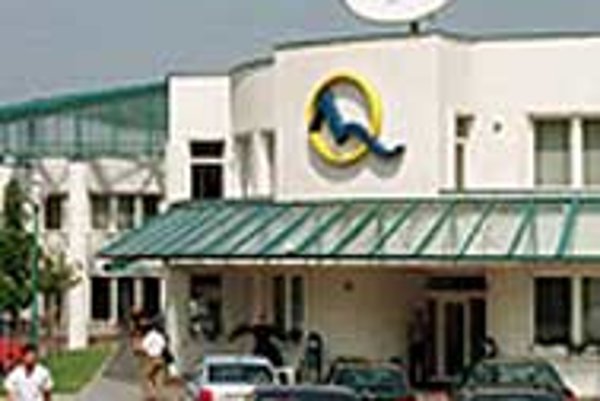 Font size:A-|A+  Comments disabled
Recent developments on the Slovak television scene have raised new accusations of political influence behind certain stations, and promise to be as entertaining as the on-air content itself.

TV Mark'za, by far the nation's most watched station, finally settled out of court its operating license dispute with the Gamatex firm, thereby solidifying its spot atop the nation's ratings. The tiny late-1999 start-up TV Luna, formerly financed by the controversial Slovak-Russian financial house Dev'n banka, has found a new foreign investor after the bank nearly collapsed last month. Meanwhile, Martin Lengyel, a former advisor to Prime Minister Mikuláš Dzurinda, has announced his own plans to enter the TV fray by launching his own station.

Political analysts say that the recent dramatic moves in TV market financing are rooted in the changes that political parties - and their backers - have recently undergone in the run-up to 2002 national elections. "New parties, and new fractions of existing ones, are trying to increase their media exposure," said Grigorij Mesežnikov, head of the Bratislava-based think tank Institute for Public Affairs. "It's a normal process."

Television stations in Slovakia have been hotly contested by political parties since the nation's founding in 1993. As the state-run Slovak Television (STV) became a mouthpiece for the former HZDS government, so Luna TV has become a platform for the views of the reformed communist SDĽ party of government, and Mark'za for the troubled ruling coaltion SOP party.

Critics of Lengyel's proposed station, to be called TA3 (a play on the pronunciation of Slovakia's Tatry mountains), have dismissed the project as nothing more than a political mouthpiece for Prime Minister Mikuláš Dzurinda's newly formed Slovak Democratic Christian Union (SDKÚ) party as it prepares for the 2002 elections.

"Mr. Lengyel is starting the station under an agreement with Dzurinda," said Mark'za owner Pavol Rusko. "All of this was planned in advance; that he would ask for a licence and even that he would be granted the licence."

But Rusko's charges were strictly denied by the 26 year-old Lengyel. "I have experience in the media," he said, alluding to his time as reporter and news director at the private Rádio Twist. "I deny that TA3 will be influenced by any political party. I know that if we tried to be politically biased, we would lose viewers - our goal is to attract viewers so as to do good business and make money."

Lengyel said that TA3 would be a news-oriented station, with 16 hours of airtime per day. "News is the feature desired most by Slovak TV viewers," he said. "And as we plan to be a politically unbiased station, we believe we can succeed with this project."

Lengyel applied for a license with the state-run Council for Radio and Television Broadcasting (RRTV) on June 23, and said that he would like to hit the air sometime around September 2001.

Not much else is yet known about TA3, as the braintrust of the project has been tight-lipped with specifics. For example, Lengyel refused to disclose how the project would be financed, saying only: "We managed to get financial sources for the project. Capital knows no borders."

While she also refused to guess what viewership Lengyel would attain, Jarmila Grujbárová, head of the state Radio and Television Broadcast Council, said that she felt TA3 would be able to achieve a rating of 10%.

Analysts, however, doubted that even 10% was possible. "I don't think he has a chance to achieve those ratings," said Ján Füle, head of the independent Slovak Syndicate of Journalists. "There are about 330,000 cable connections in Slovakia. If you multiply this number by three [for the number of viewers per cable connection] you'll get close to one million potential viewers. But it's very unrealistic for a new television to achieve such a following."

Analyst Mesežnikov added that politically-backed television stations were simply not popular among the Slovak viewing public. "The best example was Slovak Television under the former government [of Vladim'r Mečiar]. And now look at Luna TV - their main stories, especially recently [during the SDĽ's party congress in Košice from July 8-9], have been very politically biased not just towards the SDĽ, but specifically to the [party chair Jozef] Migaš fraction within the party."

When contacted by The Slovak Spectator, Luna director Peter Sedlák refused to comment on allegations his station had a political master, or was courting a new one. Luna spokeswoman Lenka Veselá said that because Luna is currently in negotiations with a new foreign investor, the firm would not answer questions until talks had closed.

Meanwhile, Rusko's Mark'za, which enjoys ratings of 76% compared to STV's 31%, consolidated his station by finally settling the 'Gamatex affair'. Rusko bought out Gamatex for an undisclosed amount of money on July 3, in effect paying off a debt that he had owed (and contested) to the firm. In 1998, Gamatex had bought a debt Rusko owed to Siloš Pohanka, head of Espe Studio, who helped Rusko start Mark'za. When Rusko refused to pay, Gamatex demanded the station's operating license as compensation, and invaded Mark'za in August 1998 with armed men to enforce its claims. The dispute then dissolved into a heated court battle.

Although Rusko maintained his innocence throughout the ordeal, he said that he had decided to buy out Gamatex "to end the state of uncertainty for Mark'za employees, partners and producers who cooperate with us. There are many people who enjoyed seeing Mark'za in trouble, and who had an interest in the TV station," he said cryptically.

Both Rusko and Gamatex refused to release the figures of the buy-out, but the Slovak media reported that the price had been about 300 million Slovak crowns ($ 6.8 million). Rusko called the figure inaccurate, saying it had been less than 200 million.

Adding to the quagmire has been the rumoured firing of one of Mark'zaşs most popular anchors Andrea Vadkerti, who is also Lengyel's live-in girlfriend and a possible TA3 stalwart. Vadkerti had been "temporarily taken off the screen," Rusko said, denying that the move was related to the proposed TA3 station. "There is a 50-50 chance that she will stay with Mark'za, but it has nothing to do with Lengyel."

Lengyel, for his part, said he would consider himself lucky were he to land Vadkerti as his anchor. "I would be honoured if I managed to have such a quality anchor as Andrea at TA3," he said. "But if Mr. Rusko kicked her off the screen because we live together, I'd say that's very sad."