Slovakia's picturesque national parks and nature reserves are among Europe's most impressive; indeed, with forests covering over 40% of the nation's total area, Slovakia is the fourth most wooded country in Europe.
But the country's trees are a prime example that strength does not necessarily come in numbers. Maintaining a healthy forest is an uphill battle, as environmentalists say that economic interests outwiegh environmental concerns, while irresponsible Slovak firms and citizens further the molestation of the land.
"There is currently an intense exploitation of Slovakia's forests occurring," said Mikuláš Huba, president of the environmental non-government organisation Society for Sustainable Living. "The forests are now consequently suffering from poor health." 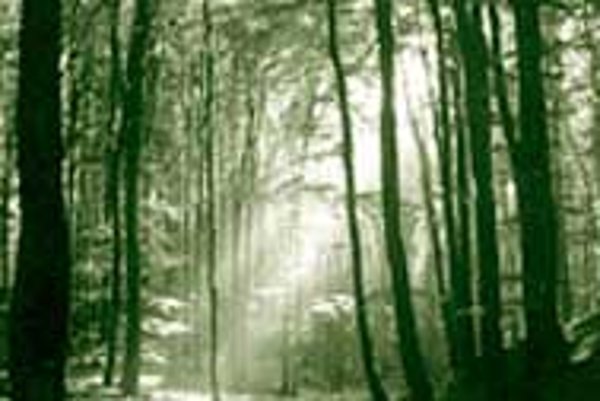 Font size:A-|A+  Comments disabled
Slovakia's picturesque national parks and nature reserves are among Europe's most impressive; indeed, with forests covering over 40% of the nation's total area, Slovakia is the fourth most wooded country in Europe.

But the country's trees are a prime example that strength does not necessarily come in numbers. Maintaining a healthy forest is an uphill battle, as environmentalists say that economic interests outwiegh environmental concerns, while irresponsible Slovak firms and citizens further the molestation of the land.

"There is currently an intense exploitation of Slovakia's forests occurring," said Mikuláš Huba, president of the environmental non-government organisation Society for Sustainable Living. "The forests are now consequently suffering from poor health."

Peter Straka, the head of the Environment Ministry's Nature Protection Division, explained that an altered climate - including acid rain and global warming - bore a large share of the blame for the trees' poor health. But he agreed that exploitation from 'undisciplined' logging companies and private citizens was a major problem. "We have a big problem with this [lack of] discipline. The problem comes from all fronts, including industrial firms and loggers, as well as gypsies and other citizens."

On top of using environmentally unfriendly practices such as clear-cutting, Straka said, logging firms often caused extra damage to the forests through acts of carelessness such as changing the oil of bulldozers and other heavy machinery in the middle of the woods and dumping the old oil on the spot.

Controlling the situation has proven difficult because the land is owned by both the state and private firms or citizens; although all forest owners are required by law to abide by the Forest Management Plan (which sets rules on which plots of land are protected and which can be harvested) issued by the Environment and Agriculture Ministries, checks are only carried out every five years, while the existing laws do not effectively discourage damaging practices.

Juraj Balkovič from the Agriculture Ministry's Forest Management Section said that while penalties were stiff - first-time offenders face fines of up to one million Slovak crowns ($22,700), with the amount doubled for repeat offenders - many loggers found it more profitable to ignore environmental ethics, often within the boundaries of the law.

Concerning the construction of roads leading deep into forests which allow firms to move the lumber out, Balkovič said: "They could use helicopters and that would certainly be better for the environment, but it would be very expensive. Also, the law does not prohibit these roads, nor does it prohibit the practice of clear-cutting."

But such practices should be banned, said Maria Hudaková of the eastern Slovak forest-conservation NGO Vlk (Wolf). According to Vlk, the overriding emphasis on profit over sustainability is killing the natural ecosystems found in Slovakia's natural reserves.

"Forest ecosystems are composed of more than 4,000 elements and 1,013 system interactions which, having been built over a period of 350 million years, keep the forests stable and allow them to resist extreme disturbances, such as changes in temperatures, humidity, pollution, wind and pests," she said. "Foresters view the forest as a place where there are trees, but ignore whether it has a healthy ecosystem."

Adding to the problem, the Environment Ministry's Straka said, were the many citizens who dump their garbage in protected woods rather than pay for its removal. Plus, the nation's significant Roma population, particularly in the eastern Spiš region, was also a headache as the poverty-stricken gypsies cut down countless trees every year to burn for heat and cooking.

"It's a terrible situation," he said. "No matter what we tell them [gypsies] - that these are our [Slovakia's] forests, that they are protected and should not be harmed - they continue to cut down the trees. They just won't listen."

In addition to direct human devastation to the forests, environmental and climate changes have also contributed to the problem. According to activist Huba, emissions polluting the air have caused significant harm to the trees.

"Toxic emissions mainly from Poland, the Czech Republic and Germany drift into the Slovak forests," he said. "This has been especially harmful in regions like Spiš, Orava, Liptov and Košice."

The Agriculture Ministry's Balkovič agreed that foreign emissions were a concern, but added that the offending countries were reluctant to mend their ways. "Only 30% of all damaging emissions come from domestic firms," he explained. "We have no cooperation with the polluting foreign firms; they won't change anything."

Compounding the situation has been the apparent effects of global warming, which observers say has resulted in escalating summertime temperatures the last several years. This year's drought has intensified the situation as trees are sorely dehydrated and thus more susceptible to disease and bugs, such as the non-native podkornik beetle problematic in the eastern Tatras, which slowly infest the tree populations and kill them off.

Miroslav Saniga, a researcher for the Slovak Academy of Science's research centre in the Fatra mountain range, said that the slow decline in the trees' health went hand-in-hand with the gradual extinction of vital plant, insect, and animal populations.

"These emissions, the acid rain, and the hot temperatures... these conditions attack the trees and this in turn affects the other communities," he said. "When a forest is healthy it supports other forms of wildlife, but when the forest is unhealthy, the other systems like animals and plants all die."

Vlk's Hudaková said that the solution in helping the forest's regain their health could be found through a more pro-active approach by the state with the help of NGO's such as hers. "We would like to initiate official checking of logging practices in selected areas," she said. "The checks would be executed by commissions which would include NGO representatives."

But Hudaková and Vlk are not likely to have their proposals taken seriously. The Agriculture Ministry's Balkovič, for one, said that environmental groups such as Vlk were simply unrealistic.

"Some of their [Vlk's] ideas are good, but they are very pushy with their tactics," he said. "They think they can save all the forests, but they have to find a balance between ecological interests and economic interests."