While there may be as many as 600 Canadians living and working in Slovakia, according to official estimates, one would quite simply never know it. And that, according to many Canadian expats, is just as it should be.
"For me, the worst thing would be sitting in a café and having someone point and say 'look, there's a bunch of Canadians'," said Daniel Soska, an account manager for Toronto-based telecom firm Nortel Networks. "I don't feel the need to assert myself with my own [national] group."
Soska, 32, was born in Bratislava but emigrated to Canada in 1968; he has visited Slovakia almost every year since 1987, and moved here full time last September. Like many Canadian expats, he has blended in with the Slovak environment and makes no effort to seek out the company of his compatriots. 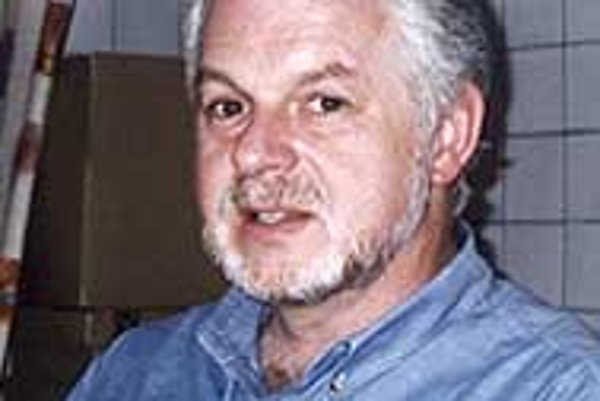 Font size:A-|A+  Comments disabled
While there may be as many as 600 Canadians living and working in Slovakia, according to official estimates, one would quite simply never know it. And that, according to many Canadian expats, is just as it should be.

"For me, the worst thing would be sitting in a café and having someone point and say 'look, there's a bunch of Canadians'," said Daniel Soska, an account manager for Toronto-based telecom firm Nortel Networks. "I don't feel the need to assert myself with my own [national] group."

Soska, 32, was born in Bratislava but emigrated to Canada in 1968; he has visited Slovakia almost every year since 1987, and moved here full time last September. Like many Canadian expats, he has blended in with the Slovak environment and makes no effort to seek out the company of his compatriots.

Across town in a conference room overlooking Hlavné námestie, Canadian lawyer Jason Mogg expresses similar reserve about flaunting his national roots. "My feeling of 'Canadian-ness' has declined significantly since I've been here," he says. "In Canada, although we may not realise it, we are really taught to be quite nationalistic. But the older I get and the more nationalism I see, the more I'm repulsed by it. Unlike the Americans, I don't think it [my Canadian origin] is an important part of who I am, and I don't feel a personal need to bond."

For all the low-key profile of individual Canadians in Slovakia, on the diplomatic and business fronts the country enjoys a growing if not major influence.

While Canada has no embassy in Slovakia, and handles most of its diplomatic business with Bratislava from the Canadian embassy in Prague, Ottawa has a small office for 'technical cooperation' in the Slovak capital to which it attached a Commercial, Political and Public Affairs officer in November 1999.

Alain Latulippe, the First Secretary at the Canadian Embassy in Prague, called the creation of the position "a breakthrough in our efforts to be better represented in Slovakia," and said that the officer - Milan Haruštiak - would handle Canadian trade promotion as well as political and PR matters in Slovakia for the Prague embassy. "We're adding rather than cutting positions, and for the first time we're expanding beyond technical cooperation," Latulippe added.

The Bratislava office of the Canadian embassy will be given the task of promoting one of Ottawa's most cherished exports - ethnic tolerance. "We are very proud of the fact that in November 1998, we were the first country to have a minister [Women's Affairs and Multiculturalism Minister Hedy Fry] visit the new government. That's a pretty good example of our agenda here, because she's the minister responsible for multiculturalism, an important component of our bilateral agenda," said Latulippe.

But while the Bratislava Canadian embassy office will be helping to promote the slate of cultural events Canada helps to organise in Slovakia - from a contemporary dance festival in May to the annual French Film Festival - it will also be breaking ground for wider cooperation between the two countries, beginning with scheduled visits by the Canadian Defence Minister, Foreign Minister and Trade Minister.

Indeed, although two-way trade between Slovakia and Canada was only about $15 million last year, Latulippe said that "some recent and very positive developments" among Canadian businesses in Slovakia might be starting to reverse the situation.

The most notable recent Canadian investment in Slovakia was the TrizecHahn Corporation's joint venture with the Hungarian-based Polus Investment Company, known as the TriGranit Development Corporation. Armed with a loan from the European Bank for Reconstruction and Development (EBRD), TriGranit last year began construction of the Polus Centre, a massive Bratislava shopping mall sprawling over 93,000 square meters and housing an eight-screen cineplex. The first phase of the project, to be completed in November 2000, should cost $75 million.

Another JV, Insemas Ltd, was founded by bull semen exporter Semex Alliance of Guelph, Ontario in the central Slovak town of Zvolen in August 1999. Insemas Marketing Manager Marcela Lauková said her firm had 40-45% of the Slovak artificial inesmination market, and exported 10% of its product last year to Germany and Hungary. "Semex has 80 branches worldwide, so it was natural after their partnerships in Poland and the Czech Republic they would want to expand here," she said.

As promising as recent business developments are, however, the Canadian penchant for self-effacement remains close to the surface. Latulippe said of the TriGranit joint venture that "we can see here a kind of discretion - [TrizecHahn is] not flying the flag 24 hours a day, not taking an aggressive national approach towards promoting the ownership of the company."

Other expats said they too had noticed a certain modesty in the Canadian presence, particularly in those organisations which had some form of government funding. Allan Bussard, development director of the Integra Foundation NGO, said he had noticed a "niche approach when working with CIDA [the Canadian International Development Agency] - an approach which says 'let's engage in projects that are too small for the Americans'."

Bussard's Integra is involved in what he calls 'micro-enterprise development' - financial and consulting assistance to firms too small to qualify for larger programmes offered, for example, by the Slovak American Enterprise Fund. Integra also administers a CIDA-funded programme providing loans and counselling to 'women at risk' - essentially, any woman in Slovakia who finds herself caring for children on her own.

"I have almost no idea what other Canadians do in this country," Bussard added, explaining that the cosmopolitan character of many Canadians made it easier - and more likely - for them to blend into the local population. "I've lived in Europe since 1975, and I would say that Canada is closer to England than the United States in its view of the world," he said.

Mogg, too, noted how much easier it was for Canadian lawyers trained in Montreal or Ottawa to understand Europeans. "Canada has both a civil law system and a common law system," he said. "Common law, practiced in England and the United States, is based mainly on case law and precedent, while civil law, practiced in Europe, is a codified system, basically one in which all legal principles are written down and gathered together in a book." Given that Canadians had experience of both, he said, they could understand the approaches of both Slovak and New York lawyers. "Almost everything we do involves people on either side of that divide, such as the recent US Steel-VSŽ deal."

But while the many affinities between Canadian and Slovak culture make 'going Slovak' easy for many expats, it is perhaps their reasons for leaving their homeland - often involving some form of rejection of life in Canada - that explain the relative invisibility of the Canadian community in Slovakia.

"With those Canadians who just get up and come to Slovakia, there is often an emotional tie," said Latulippe. "No one is in Drummondville [Quebec] and decides one day that they're going to discover the world and start with Slovakia. There has to be a connection of some kind."

But while for Latulippe the connection was often family or a love interest in Slovakia, other expats said the very regularity of life in one of the world's most prosperous countries was what had driven them away.

"Things in Canada are very stable and predictable," said Soska. "I found life over there too easy at a very early age."

"No work I could be doing in North America would have such an impact on the country as what we're doing here," agreed Mogg, who is from the small town of Georgetown, Ontario. "Back home, when I meet another lawyer over a deal, we both know what the other is going to say, we follow a sort of script. But in legal practice here, things fly off, you lose a wheel here or there, and it makes everything more real and alive."