Waste Law to clean up Slovakia

When Environment Minister Lázsló Miklós recently confessed that his country faced a tall order in fulfilling the chapter on environment in the acquis communautaire, Slovakia's national programme for adopting European Union legislation, few environmental observers were surprised. Slovakia, the minister said, lacked the resources and the know-how to raise its national environmental standards to those of its western European counterparts.
Garbage, and what to do with it, is a typical problem confronting the Environment Ministry: Slovakia generates too much waste, and does not recycle enough by Western standards. According to ministry statistics, the average Slovak in 1998 produced 322.6 kilograms of garbage, of which only 7.8 kilograms (2.4%) was recycled. 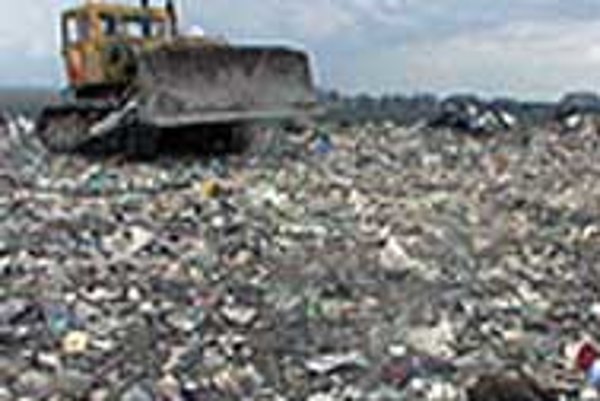 Font size:A-|A+  Comments disabled
When Environment Minister Lázsló Miklós recently confessed that his country faced a tall order in fulfilling the chapter on environment in the acquis communautaire, Slovakia's national programme for adopting European Union legislation, few environmental observers were surprised. Slovakia, the minister said, lacked the resources and the know-how to raise its national environmental standards to those of its western European counterparts.

Garbage, and what to do with it, is a typical problem confronting the Environment Ministry: Slovakia generates too much waste, and does not recycle enough by Western standards. According to ministry statistics, the average Slovak in 1998 produced 322.6 kilograms of garbage, of which only 7.8 kilograms (2.4%) was recycled.

"Slovaks and the country as a whole are extremely inefficient when it comes to recycling," said Ladislav Hegyi, the head of the eastern Slovak environmental NGO Spolok Priateľov Zeme (Friends of the Earth - SPZ). "Right now, Slovak communities recycle only 1.5% to 2% of their waste, while western European countries are at 50% or higher. The more developed a country is, the more it recycles."

Elemír Galovič, director of the Environment Ministry's Waste Management Department, said that making Slovak society recycling-friendly was an expensive and difficult proposition, given the costs involved and the absence of market mechanisms that would support the process. Nevertheless, he added, the ministry was currently in the final stages of drafting a Law on Waste which would dramatically improve the country's environmental record and go a long way towards satisfying EU demands.

Galovič said that the law would be 90% based on EU regulations, with the remaining 10% to be implemented over the following few years. The bill was based on two pillars, he explained: limiting the production of waste, and recycling as much as possible of what remained. In achieving these objectives, the ministry would follow the EU principle of 'subsidiarity' by giving as much power over recycling to municipalities, companies and citizens themselves.

One of the bill's main innovations is the establishment of an independent national Recycling Fund, which would be supported by levies on firms producing, importing and selling eight different types of goods: oil, batteries and accumulators, tires, cars, paper and glass, plastic, multi-layer packaging. Firms which paid levies would then be eligible for subsidies for recycling their used products; the money would be disbursed by the Recycling Fund's board, composed of municipal, state and private industry representatives.

To achieve these goals, Galovič said, it was vital that power over recycling be restored to grassroot levels. Until now, he explained, citizens had paid private companies to haul away their garbage; under the new law, municipal governments would be empowered to collect fees from their citizens, and to use the money to manage their garbage as they saw fit. Local governments could hold a tender for their recycling contracts, and then lower the fees paid by citizens who separated their garbage for recycling - in effect rewarding 'green' behaviour and punishing polluters financially.

To encourage community participation, Galovič said that publicity campaigns using radio adverts, posters and other propaganda devices would be spread throughout towns three to four months before programmes were launched as a means of drumming up support for recycling.

"We had a high level of recycling under communism which has since dropped off," he said, explaining that the country's young market economy had not yet developed a recycling infrastructure or ethos. "But I think our citizens will quickly understand the importance of recycling."

As bold as it is, the ministry's proposed programme has not escaped criticism. The Friends of the Earth's Hegyi, for example, has vocally disaproved the law, finding faults in several areas. In order to better finance recycling initiatives, he said, stiffer fines should be imposed and strictly enforced on firms which generate excessive waste, while the price of dumping refuse in the nation's landfill sites should be significantly increased.

"Today it costs only 20 crowns to dump one ton of waste in our landfill sites," he said. "This should be raised eight to tenfold as a means of raising more funds and convincing firms to cut down on waste."

However, the ministry's director of environmental law, Božena Gašparíková, said that it was not feasable to fine companies more than they already were. "Fines and penalties already exist," she said. "If we set up bigger fines and demand their immediate payment, many Slovak companies would be ruined." Instead, she said, the ministry has proposed that firms contribute a lower annual fee towards various recycling programmes.

Another sticking point for Hegyi has been the ministry's plan to thrust responsibility for recycling onto municipal shoulders. The scheme would be more efficient, he said, were the state to take a more active role.

But Galovič countered that communities held responsible for their own planning would inevitably be more successful. He cited towns across the country such as eastern Slovakia's Trebišov where recycling had become a normal part of local residents' lives, thanks in large part to the efforts of TEEP, a local environmental NGO.

TEEP coordinator Milan Lukáč explained that his organisation had provided each family in various municipalities with different sacks in which glass, plastic, metal, and compost could be deposited. Recycling companies then took the full sacks at scheduled pick-up times for recycling. The dramatic decrease in the weight of the garbage produced by citizens, he said, spelled much lower costs for garbage removal.

"We provide the possibility for recycling, but it's up to the average citizen to do it," Lukáč said. "So far, it has been a success, the people are for the most part separating their recyclables from their waste."

But Hegyi again attacked the scenario: "Although TEEP may be one of the few organisations that actually promotes waste management, they don't provide solutions. They start but don't finish projects, and instead leave it on the shoulders of the community to finish it themselves. You're telling me that they're a good example?"

But while ministry officials admit they will be unable to please everyone with their proposed law, they insist that the programme offers the best possible solution for Slovakia today. The bill will be submitted to cabinet by the end of June, and the ministry hopes it will be passed by parliament in time to take effect by January 1, 2001.