While large foreign companies continue their influx into Slovakia, the concept of western management styles and business practices - characterised by a customer- and service-oriented philosophy - often remains foreign to a domestic workforce schooled in the supply-driven communist era.
The challenge for foreign investors since 1989 has thus been to bring native employees up to speed with practices developed in the highly competitive western business environment, all the while keeping a domestic flavour to business - tasks that involve bridging many cultural differences. This objective has often been accomplished by appointing experienced expatriate managers that are eventually phased out to leave the company in local hands. 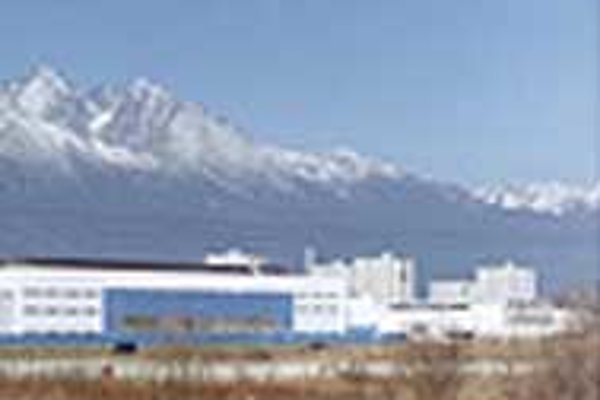 Font size:A-|A+  Comments disabled
While large foreign companies continue their influx into Slovakia, the concept of western management styles and business practices - characterised by a customer- and service-oriented philosophy - often remains foreign to a domestic workforce schooled in the supply-driven communist era.

The challenge for foreign investors since 1989 has thus been to bring native employees up to speed with practices developed in the highly competitive western business environment, all the while keeping a domestic flavour to business - tasks that involve bridging many cultural differences. This objective has often been accomplished by appointing experienced expatriate managers that are eventually phased out to leave the company in local hands.

American electric and electromechanical appliance manufacturers Emerson Electric is an example of many of the challenges western firms have faced in setting up in Slovakia. The firm has taken two different approaches to bridging the cultural business gap, one of which can be seen in its recently established Slovak branch, Emerson Electric Slovakia, and the other in its acquisition, Vuma, a former state-run research facility.

When Emerson Electric Slovakia began regional operations from scratch in 1993, only one westerner was on staff and the rest of the 35 employees were Slovak. Martin Staples, managing director for Emerson Electric Slovakia, said that because his branch was essentially built from the ground up, they were able to emphasise what was important as the company developed. The only westerners outside the top position at the time of its founding were used for technical training.

For the research facility Vuma, however, which when purchased in the mid 1990s already had 500 Slovak employees, the strategy was quite different. Native Italian Giordano Albertazzi is the current director of Vuma's Liebert Hiross branch, which focuses on the manufacturing of air-conditioning units. Albertazzi explained that expatriates dominated the management team soon after Emerson bought out the company. The firm then used an additional foreign team designed to oversee changes and develop local management through training and recruiting.

Emerson Electric's Staples reflected that merging cultures was far easier at start-up operations than acquisitions. "What worked very well is that we were able to start and create our own culture here. It was not a case of trying to change a culture, which requires a lot of effort and a lot of input," he said. "Even today, if you go between our two companies, you see a big difference in the cultures. Here, people are very reactive, while at Vuma people are still catching up."

Staples is the third westerner at the helm since his company's arrival in Slovakia, and said that his position will eventually be phased out in the longer term.

Liebert Hiross is also looking to wean off its western management altogether and leave only a skeleton expatriate team which will serve as intermediaries between regional branches and headquarters.

In addition to the bridging of cultural barriers by a local management team, gradually cutting costs is another major reason behind the phasing out of western management at many firms.

Information technology company Unisys established itself in Slovakia in 1993, starting a subsidiary branch of its location in the Czech Republic months after the two countries split. One of the biggest barriers the firm was forced to overcome when it first arrived was trying to convince the local workforce to take control of their positions and make decisions on their own within the boundaries of the company's rules.

"What has been important is to get people to understand that they are empowered to do things. And the more you compress that at all levels of the workforce, the more important it becomes in defining the [work] culture. It's important to see that they will make the decision that they believe is right for the company and right for the customer," said Bob Kendall, general manager for the Slovak branch.

Kendall remains the only western expat on staff, following an integration programme that had a westerner leading each of the company's initial projects in the country. The business now employs 80 people, and Kendall expects his position to be filled by a Slovak in the near future.

Resistance to taking responsibility and to the western customer-oriented approach to business were just a few of the troubles Albertazzi encountered with one particular employee whose mindset was stuck in the traditional methods of doing business in communist Slovakia.

"We made the mistake of relying on somebody who was not so young, who was over 35. It was a complete waste of time," he said of the problem worker, adding that the firm hadn't been able to change the employee's bureaucratic mentality because he was stuck in a hierarchical mode of thinking in which interpersonal relationships meant very little.

Viktor Bernat, country director of US-based restructuring initiative The Recovery Group, said that one of the main emphases of his organisation when revamping businesses established prior to the 1989 revolution was ensuring a balanced mix of western and local management. In doing this, he said, a company could draw on industry experience and overcome language and cultural barriers.

The main management workforce strategy The Recovery Group uses in its operations involves using foreign interim managers for between six and 18 months. The objectives of these managers are to implement a pre-determined restructuring plan and to find local people who will carry on after they leave.

"Many times, there is a strong language barrier. This is an important point because during interim management, these people [managers] need to negotiate with banks, with creditors, with suppliers, with customers, with trade unions, with a lot of people. And it's really necessary for the managers to understand everything. The local presence is really important," Bernat said.

Another crucial reason cited by companies for putting locals into key management posts was their more sensitive approach to local culture, something that expats could learn from their local counterparts and staff.

"If you are foreigner in this country, you have to realise that people don't love you because you are a foreigner - you tend to earn a different amount of money. You have to add value to the environment," Kendall said. "You also have to have a belief that what you are doing in the country is right. And we're not trying to cream the country, we're in it for the long term, and therefore you try and understand what is right for the country."