In praise of the younger generation

Despite the fact that the term 'head-hunting' was relatively unknown in Slovakia a few years ago, the increasing presence of foreign firms in the country has created a fast-growing demand for head-hunters' services: finding educated and skilled staff with strong personalities for key management positions.
The Slovak Spectator spoke to Paul Binder of Target Exexutive Search about the Slovak labour force, the future of human resource agencies in Slovakia, and just what a head-hunter has to do to get the right person for the job. 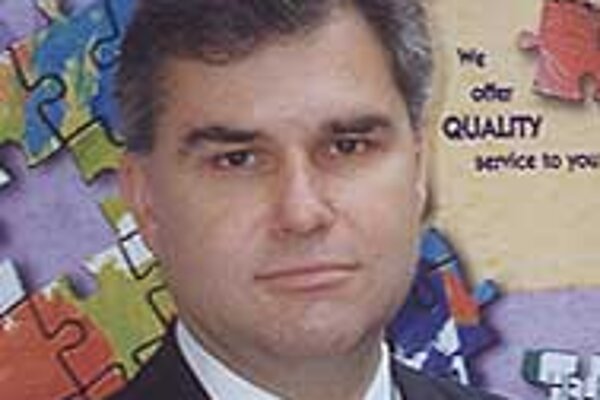 Font size:A-|A+  Comments disabled
Despite the fact that the term 'head-hunting' was relatively unknown in Slovakia a few years ago, the increasing presence of foreign firms in the country has created a fast-growing demand for head-hunters' services: finding educated and skilled staff with strong personalities for key management positions.

The Slovak Spectator spoke to Paul Binder of Target Exexutive Search about the Slovak labour force, the future of human resource agencies in Slovakia, and just what a head-hunter has to do to get the right person for the job.

The Slovak Spectator (TSS): What problems do you face in finding people here in Slovakia?

Paul Binder (PB): Slovakia is a country that changed its political system 10 years ago and has a short history of people who can work for international companies, who speak at least one foreign language, the most demanded of which is English. Another problem that we face is that in comparison with its neighbours, Slovakia hasn't been so successful in attracting foreign investors, so there are less opportunities for people to work for international companies than in say, Hungary or the Czech Republic.

TSS: What are the strong points of the Slovak labour force?

PB: I would make some differentation in terms of the managerial and non-managerial level, and also from the point of view of geography.

There is Bratislava and then there is the rest of the country. When we talk about Bratislava in terms of a managerial labour force, we have to say that the economy here is almost overheated because it is very close to Vienna and to the European Union, so suitable people for managerial positions can be found here. But when we look further away from Bratislava to the countryside, it becomes more and more difficult to find managers that can work for international companies.

When we look at a non-managerial labour force, here as in many central European countries technical education has been quite high, and it also has a tradition dating far back. Also, when we look at a map of central Europe, Slovakia is probably the country with the cheapest labour force because, due to the political situation, foreign investors haven't tended to invest in Slovakia as much as in other countries in the region. Moreover, it means that wages and salaries are below [those in] Hungary and the Czech Republic, which means that when companies go for a cheap labour force then it is the most western of all central Europen countries where they [companies] can find such a cheap labour force. From the point of view of logistics, it is relatively easy to connect Slovakia with the European Union. So I would say the labour force is certainly a big advantage in the counryside, but on the other hand when a firm sets up a company in the Slovak countryside, there might be a problem finding good managers.

Sometimes it is even more challenging when foreign investors come for example to an area with a Hungarian minority and want to find a Slovak manager who also speaks Hungarian and English. It happened to us recently. An international company wanted a manager with these abilities, so it was quite a challenge to find a person with experience working in an international company who is either living there or has to relocate there.

TSS: Can you think about any qualities of the Slovak labour force that make it different from the labour force in other countries of central Europe?

PB: I think Slovaks are quite moderate compared to other nationalities in the region. They don't ask for things that are unrealistic. They seem to be quite co-operative. I can imagine that especially for German investors, the mentality of Slovaks is closer to the German mentality than that of Bulgarians and Romanians. This is a big advantage for Slovakia. Slovaks are also eager to learn, which is another positive thing.

TSS: What are the bad points of the Slovak labour force?

PB: In a country where the system has changed, and where the views of the old system still exist in society, the labour market can be divided also by differences between generations. The market we would like to focus on, generally, is that of people up to their forties. This is because our clients would like to work with people who had little involvement in the old system, in the system of state-owned companies where everything belonged to everybody.

I am quite pleased with the younger generation, the way they approach things, their professional attitudes. When young people go abroad and then come back, they are full of enthusiasm but when they actually go back to their families again they fall back into the old system and begin to question the experiences they gained abroad.

For foreign investors, you have to show them completely that the labour force is strong, has a really quite strong corporate culture, so people are [seen as] benefits to a company.

TSS: Could you say that young people tend to adapt better to the new corporate culture than do older people?

PB: I think that younger people have learnt little else, so for them it is like a lecture or a chance to learn about a new way of working. However, I assume that in 20 years the system will have changed, and these generations might face the same problem as do people now who are in their forties.

TSS: If we compare a young Slovak labour force with the labour force in the rest of Central Europe, is there anything that makes it different? Any special qualities or any negatives?

PB: In general, I can say that I am very pleased with the labour force in central European countries, and I am not talking now only about Slovakia but also the Czech Republic, Hungary and Romania. When we look at the younger generation, it is so eager to learn new things and foreign languages. They mostly study business or some technical subjects, they attend extra curricular courses during their studies. I think that after 1991 the young labour force in central Europe became more dedicated and ambitious than in many European Union countries, because the young generation knows that they have to achieve something in order to win.

I can foresee that with the ability of the younger generation, countries like Slovakia and Hungary will play an important role in the expansion of their companies further east. One example of this can be seen in Hungary. The wages of Hungarian citizens have increased significantly over the last few years, and we can already see some Hungarian companies transfering their production to Romania or Ukraine, bringing [the benefits of] a cheaper labour force to their country. If this scenario of globalisation keeps on like this, the market will move further to the east.

Considering Slovakia, its companies may in the future move further to the former Soviet Union because of the similarities in culture and language. In my opinion, this might start five years from now, if the process of integrating Slovakia into the European economy keeps going as it has been.

TSS: Why do you think that the labour force in Slovakia will be cheaper in five years than the one in Hungary or the Czech Republic?

PB: In 10 years those countries will probably be the same in terms of cost of labour force, but over the next five years there will definitely be a difference in terms of attracting foreign investors, running the political system of the country, what the government's perception of the EU will be. Since Slovakia missed a few years in its development because of its past political situation, I think it will take around five years to get it to the same level as Hungary.

TSS: Looking at all human resource agencies, do they get requests mostly from foreign firms or also from domestic ones?

PB: Business comes mainly from foreign firms, around 90 to 95%. But in all the countries where we are active we have observed a trend connected with the attitude towards service. In central Europe there is a tendency to go to established contact channels, so traditionally local companies tend to ask among themselves whether they know someone who would fit a certain job. And then, if that's not the case, they would consider putting out an advertisement. And if even that doesn't work, then they go to external search firms. And then of course fees for an executive search company are not low.

As far as international firms go, they are used to working with head-hunters and they have a position in their budgets for them. Also, foreign companies are managerially driven, whereas local companies are usually owner-managed, and if somebody is an owner he cares about every crown.