Finance Minister Brigita Schmögnerová will be awarded 'Best Finance Minister in Europe' by the prestigous British newspaper Euromoney during the up-coming September meeting of the International Monetary Fund and World Bank in Prague. But the award may be premature - judging from her ministry's recently presented draft proposal for next year's Slovak state budget, Schmögnerová has a lot of work to do if she is to rescue the draft from the huge deficit projections it entails for 2001. 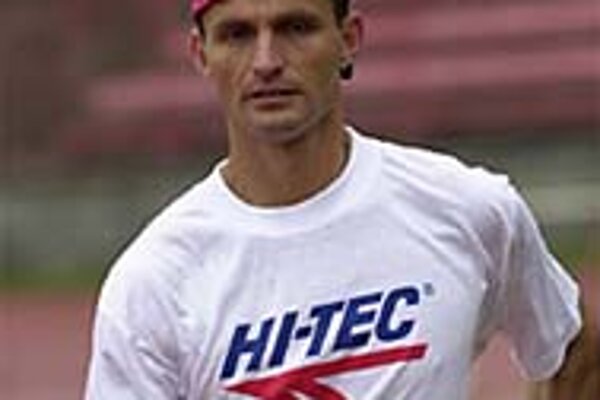 Font size:A-|A+  Comments disabled
Finance Minister Brigita Schmögnerová will be awarded 'Best Finance Minister in Europe' by the prestigous British newspaper Euromoney during the up-coming September meeting of the International Monetary Fund and World Bank in Prague. But the award may be premature - judging from her ministry's recently presented draft proposal for next year's Slovak state budget, Schmögnerová has a lot of work to do if she is to rescue the draft from the huge deficit projections it entails for 2001.

Upon presentation of the budget proposal, the Finance Minister made it plain that harsh times awaited Slovakia if the draft state fiscal sector budget deficit - a record 50 billion crowns - were not cut substantially. "Let's not paint reality rosier than it is," she warned. "The year 2001 will be critical. The only possible [deficit] figure that we can permit ourselves is last year's [1999] fiscal deficit [29.2 billion Slovak crowns, or 3.58% of GDP]."

But after receiving budget demands from each of the respective Slovak ministries, the current budget proposal projects a deficit in public finances of 5.4% to 6.2% of GDP, far above the 4% projected in April this year, and amounting to a whopping 50 billion Slovak crowns ($1.06 billion).

Economic analysts and central bank officials said that keeping the deficit at 4% of GDP in 2001may be an unrealistic goal. "Taking into consideration that 2001 will be a special year, when many expenses will occur at the same time, we would be really happy if the public finance deficit was under 4% of GDP," said central bank governor Marián Jusko.

Added Róbert Prega, an analyst with Tatra Banka: "I think that the Finance Minister can only hope that the 2001 fiscal deficit will be equal to the one from 1999."

Cuts to income tax and the import surcharge have been blamed by analysts and government officials for creating an expected shortage in state bufget revenues, while extra-budgetary expenses needed to finance several reforms planned for 2001 are expected to add billions of crowns to the expenditure side.

"These [expenditures] include banking sector reforms and reforms connected with Slovakia's effort to join the European Union and NATO," said Vladimír Tvarožka, an advisor to Deputy Prime Minister for Economy Ivan Mikloš. "These reforms are money-consuming, plus we have to hire people to do the job."

Tvarožka added that budgetary revenues would be lower in 2001 as the import surcharge, currently at 3%, is phased out. Finances coming into state coffers will also decline as a result of the drop in the corporate income tax from 40% to 29%, a move approved by parliament at the end of last year.

At the end of 1999, both analysts and government officials agreed that state budget revenues could not be increased further, and that the key for the year would be to limit public sector expenditures through reform of the state administration, pension and health insurance reform, and improvements to the system of funding for schools and agriculture.

However, eight months later, government and central bank officials say that the 2001 fiscal deficit can meet the 4% of GDP target only if further increases are made on the revenue side and expenditures are cut. "If we make some moves in both revenues and expenditures, we can be successful in reaching a figure under 4% of GDP," Jusko said.

Tvarožka suggested that one possible way to increase budget revenues would be to demand higher contributions from citizens to social funds. "This is something which has to be further discussed," he said.

But although ministers have agreed to explore possible cuts in expenditures for their sectors in order to decrease the projected fiscal deficit, they have been criticised by analysts for their apparent lack of effort and willingness to help reach budgetary goals.

"I think that ministers still have difficulties in realising how important it is to cut expenditures," Tatra Banka's Prega said. "They have to realise that the current budget system has little space for maneuvering. Under the current system of financing, the Finance Ministry has little room to influence ministers to cut their budgets, which is not good."

Keeping the deficit at a suitable level, according to ČSOB bank analyst Ľudovít Ódor, should be one of the main priorities for this government. "If worse comes to worst, the government can still use privatisation revenues to improve deficit figures," he said, explaining that even though the country had been urged to use the revenues to repay the national debt, the budget might be an even higher priority. "The [budget] figures are key for the evaluation of Slovakia abroad," he said.

"But on the other hand," he continued, "with several important money-consuming, but temporary, reforms planned for 2001, we might simply find that the 2001 budget figures will be worse than we are used to. That's just the way it is - everything cannot be solved in one or two years."