August began with the Slovak crown in a strong position thanks to Slovakia's July invitation to join the OECD. Supported by crown purchasing, the key EUR-SKK rate floated between 42.270 - 42.500. But with EUR falling to below 0.900 against USD, the USD-SKK rate climbed to 46.920 in the first week of August.
The pro-crown mood on the market sent the message that the EUR-SKK rate during August might even put pressure on the 42.000 border, but these expectations were dashed by foreign currency buying in the second August period and the effects of political instability caused by the delivery of petition sheets for a refendum on early elections to President Rudolf Schuster. 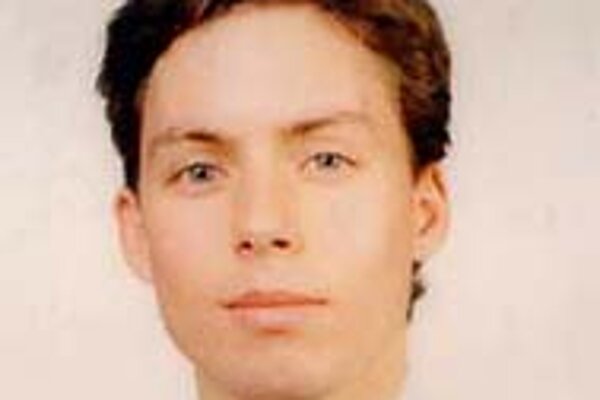 Font size:A-|A+  Comments disabled
August began with the Slovak crown in a strong position thanks to Slovakia's July invitation to join the OECD. Supported by crown purchasing, the key EUR-SKK rate floated between 42.270 - 42.500. But with EUR falling to below 0.900 against USD, the USD-SKK rate climbed to 46.920 in the first week of August.

The pro-crown mood on the market sent the message that the EUR-SKK rate during August might even put pressure on the 42.000 border, but these expectations were dashed by foreign currency buying in the second August period and the effects of political instability caused by the delivery of petition sheets for a refendum on early elections to President Rudolf Schuster.

The EUR-SKK rate instead attacked the 43.000 level, while the continuing negative EUR-USD trend brought the crown over 47.000 to the dollar. Further weakening of the crown was brought to a halt on August 15 with an auction of 10-year T-bonds on the domestic market. Thanks to currency buying mostly by foreign banks, the crown strengthened against EUR to 42.390.

The level of 42.300 against EUR seems to have become a strong support level, meaning that any movement of the crown below it will be seen as determining the future development of the currency. Foreign players will come in with buy orders if the crown sinks slightly below this level, especially those with long positions who want to reduce their exposure before the fall referendum on early elections.

The month ended with the crown fairly weak at 42.750 against EUR. The USD experienced late-month volatility in connection with expectations that the European Central Bank would raise rates, and even began to attack the 48.000 level against the crown.

The reference EUR-SKK rate has not budged from the 42.200 - 43.000 range since June. In spite of positive macroeconomic results and the OECD invitation, our currency has not strengthened. The reasons are not only domestic (political instability and the slow pace of privatisation), but also global - the strength of the dollar in combination with record oil prices means that our imports of energy sector raw materials are damaging our economic results. I don't rule out a small correction in the strength of the dollar, but a reversal of the nagative EUR-USD trend and a return to parity is more or less out of the question this year.

Thus, the Slovak crown will continue to suffer mostly in relation to the dollar, a trend which can only be reversed if the speed and process of privatisation of state monopolies improves dramatically.

The first August period on the interbank money market was marked by a large excess of liquidity which banks were able to drain off through two auctions of state T-bills and T-bonds, as well as three sterilisation repo tenders.

In the first auction of 364-day T-bills, the market was forewarned that a limit of 1.3 billion Slovak crowns would be accepted at an average yield of 7.17%; total demand, however, reached 2.89 billion. The second auction was not as successful, as the high yields that the banks were demanding were not accepted by the MoF, and nothing was sold even though demand reached 1.5 billion crowns.

The Ministry of Finance revolved its formerly four-year T-bonds with a 10 year issue, and at the same time for the first time ever set a minimum (four billion crowns) and maximum (eight billion) revenue the issue should generate. The coupon was set at 8.5%. Thus, the first ever emission of state bonds with such a long maturity ended in success, as investor demand reached 7.12 billion crowns at an average yield of 8.42%.

In its regular biweekly sterilisation repo tender, the central bank drew 39.94 billion crowns off the market at an average yield of 8.37%.

The market was strongly affected by an important event, the release of July inflation figures. Given that year-on-year inflation in July turned out to be 9.2%, which was within the target band set by the central bank, the likelihood that key interest rates would be lowered at the following sitting of the NBS Bank Council at the end of August increased. This expectation was fulfilled when the Bank Council on August 30 cut rates by .5%, meaning that the new rate for one-day sterilisation operations fell from 7.0 to 6.5%, and that of refinancing operations from 10.0 to 9.5%. The repo rate was reduced from 8.5% to 8.25%.

After five ten-day banking periods in which the sector as a whole had not fulfilled the minimum required reserve target (6.5% as of July 1), banks succeeded in meeting the target on the nail at 100%. In view of the fact that some banks held slight excess liquidity on their accounts, it is likely that one bank again did not fulfill the MRR.

In the second August period, the banks suffered a lack of liquidity caused by the T-bond emission. One day deposit rates as a result climbed over 8.5%.

Three auctions of 364-day T-bills were held, of which one was unsuccessful. After this experience the Finance Ministry decided to set a maximum yield in the following two auctions at 7.3%. At an average yield of 7.24% in the two auctions, the MoF was able to attract its target maximum of 1.2 billion crowns in each auction.

In its two regular bi-weekly repo tenders, the central bank drained 15.2 billion and 12,8 billion crowns at 8.33%. All deposit maturities at banks remained at their levels of the first period, although one-day rates fell on the last day of the month to between 6.5 and 6.9%.

In September, four auctions of T-bills and one auction of seven-year T-bonds should take place. Deposits of more than one month should fluctuate between 7.5 and 7.9%.

Peter Kríž is a money markets analyst at Ľudová banka in Bratislava. Questions and comments can be sent to him at Peter_Kriz@luba.sk