Deputy Prime Minister for Economy Ivan Mikloš has been discouraged by Slovakia's latest round of ruling coalition bickering, mainly because he feels it is damaging the country's fragile image of political stability (see lead story, page 1). As the recognised architect of many of Slovakia's recent economic reforms, Mikloš himself has become the target of the socialist SDĽ party, which feels his free-market ideas have cost it both popular support and influence within the government.
The Slovak Spectator spoke to Mikloš on May 2 to learn his reaction to the SDĽ's recent idea that his cabinet post be cancelled.
The Slovak Spectator (TSS): You have said in the press that recent bickering in the coalition could be harmful for Slovakia's foreign image. Could you explain what you meant by that? 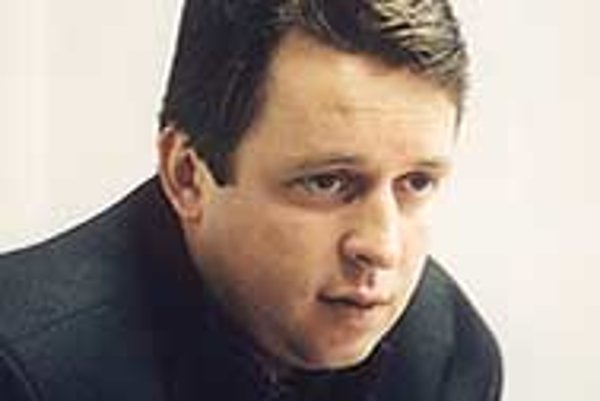 Font size:A-|A+  Comments disabled
Deputy Prime Minister for Economy Ivan Mikloš has been discouraged by Slovakia's latest round of ruling coalition bickering, mainly because he feels it is damaging the country's fragile image of political stability (see lead story, page 1). As the recognised architect of many of Slovakia's recent economic reforms, Mikloš himself has become the target of the socialist SDĽ party, which feels his free-market ideas have cost it both popular support and influence within the government.

The Slovak Spectator spoke to Mikloš on May 2 to learn his reaction to the SDĽ's recent idea that his cabinet post be cancelled.

The Slovak Spectator (TSS): You have said in the press that recent bickering in the coalition could be harmful for Slovakia's foreign image. Could you explain what you meant by that?

Ivan Mikloš (IM): Basically, I meant that it is important for Slovakia to continue with reforms, in terms of its qualification for successful integration [into the European Union, OECD and NATO - Ed note]. What is also key is political will and stability, which have a clear and interdependent relationship. From this viewpoint, since Slovakia is not yet part of any Western economic or political organisation, it is obvious that every significant sign of political unstability is harmful from the point of view of the success and speed of integration. So far, the instability and conflicts we have seen are just unpleasant signals, but the way they were initiated and the arguments that are being discussed now are counter productive because they slow down reforms and make them softer.

TSS: Do you really think that the government's recent problems, particularly Parliamentary Speaker Jozef Migaš's vote of non-confidence in Prime Minister Mikuláš Dzurinda, are no more than tempests in a tea pot?

IM: We will see. It is too soon now to judge. We will see if the political will to continue reforms and to do what is neccessary remains. I do not want to misjudge it in any case. Political turbulence exists in every country, in developed ones as well as in transitional ones. What is important is the reality, the real reform steps being taken.

TSS: We have Mr. Migaš openly criticising Mr. Dzurinda, and Labour Minister Peter Magvaši suggesting that Foreign Minister Eduard Kukan might be a suitable replacement for Mr. Dzurinda. You are a member of cabinet - what are other cabinet members saying about the SDĽ, their coalition partner? Does the SDĽ enjoy any sympathy for its ideas, or do people think that the party is using the squabble to build-up its voter support?

IM: I think that nobody from the government coalition, by which I mean the other three members of the coalition and also part of the SDĽ, perceives Mr. Migaš's and Mr. Magvaši's words and actions positively.

TSS: What do you think of their idea of getting rid of the four deputy prime minister positions?

IM: The idea itself has its own rational basis. Deputy prime ministers without portfolios are a strange institution which exists in only a few countries, and from this point of view, merging portfolios could be a more effective solution, but this is not what matters. I repeat that what is vital for Slovakia now is political stability and political reform. Reconstruction of the government, however rational a proposal, could endanger political stability.

In terms of lowering the number of government members, obviously it would be better if it had a lower number from a final perspective, but it is also related to our proposed reform of the public sector, under which we want to delegate the competencies and responsibilities of certain current government members to regional self-governments. Through this the number of top state organisations or ministries should decrease.

But it is important not only to listen to what someone is saying but also when and in what contexts. It is symptomatic that the number of government members started to be a problem only after Mr. Košovan [the former SDĽ-appointed head of the state-owned Slovenské elektrárne energy utility] was recalled.

TSS: It seems strange that the one party which doesn't want to see radical cuts in the public service is now anxious to save the public the expense of a few government members...

IM: I don't know.... You have to ask those who are the initiators of such proposals, what their intention is, their goals. Mr. Migaš mentioned my name as the main person responsible for some negative results. To what extent he thinks this seriously, to what extent he believes it and what his motivation is behind it, you should go and ask him. I can say that the reforms that are being made and which I vehemently support are proposed not only by myself, but they come from the reform programme of the government, from the coalition agreement, and they are judged positively in terms of the ambitions of the whole government. The price, the social price and the reforms' expenses, we have never kept a secret. The key to this issue is that if we were not carrying out this reform at all, or if we did it more slowly and softly, the expenses would not be lower but, on the contrary, higher.

TSS: Do you see an early election as a greater possibility today than it was one month ago?

IM: Yes, but at the same time I still believe that there is a chance to avoid them. Early elections will not solve anything, but instead will make things more complicated, especially those things we were discussing at the beginning.

TSS: In addition to Migaš and the entire problem of government, we also had a police raid on Mr. Mečiar's home last month, and unfortunately the pictures given to the international press again made Slovakia look like a crazy political country. How much damage has the last month done to Slovakia's reputation, in the eyes of groups like the OECD [the Organisation for Economic Development and Cooperation - Ed note.]?

IM: I cannot evaluate this, but the case of Mr. Mečiar's villa should on the contrary strengthen and widen the image of Slovakia as a country where people are forced to follow the law, where the rule of law is being strictly upheld even in a situation where it is not being respected by one of the most popular politicians, because the legal system is one of the basic criteria of a smoothly functioning state. I also think it is not difficult to guess how other countries see this problem, their reactions point to a similar understanding rather in a positive than in a negative aspect. A negative scenario would be if a person like Mečiar could continue in open defiance of the law and not respect the state's rights.

TSS: How do you think it is going to be seen here at home? Could Mr. Mečiar become a martyr for his followers and become even more popular?

IM: This risk still exists here, but I think that in terms of information about Mečiar and the aspects connected to this case here in Slovakia, it is not a big risk. Mečiar is kind of a controversial person who has lots of followers, but all of the research and analyses show that even though there is a high percentage of people who support him, it is clearly limited and without any possibility of increase.

TSS: Do you still expect to join the OECD, is membership still realistic for Slovakia?

IM: I think that a chance still exists. At present it is not dependent on us, it is in the hands of other people. The official statements say that during this year a decision should be made, whether it happens in the first or the second half of the year. I think that from the technical and economic side and in terms of economic stability we have done what was needed in order to be invited to join.