A member of the Hungarian Coalition Party (SMK), Environment Minister László Miklós says that environmental concern has always been in his blood. A self-described "scientist", he earned his degree from the Faculty of Natural Sciences in Bratislava in 1973. From 1973 till 1990, he worked as a researcher at the Slovak Academy of Science's Institute of Experimental Biology and Ecology.
Miklós's political career began in 1990 when he was selected by the Public Against Violence party, which formed the first post-communist Czechoslovak government, for the post of first Vice-Minister of the Environment Ministry. He held that post until 1992, when he returned to the world of academia. Miklós has been Slovak Minister of Environment since national elections in 1998. 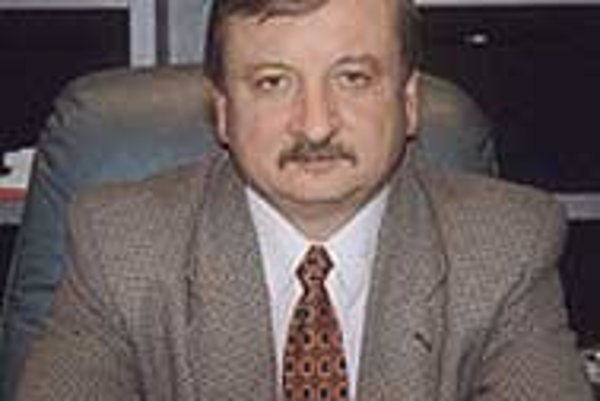 Font size:A-|A+  Comments disabled
A member of the Hungarian Coalition Party (SMK), Environment Minister László Miklós says that environmental concern has always been in his blood. A self-described "scientist", he earned his degree from the Faculty of Natural Sciences in Bratislava in 1973. From 1973 till 1990, he worked as a researcher at the Slovak Academy of Science's Institute of Experimental Biology and Ecology.

Miklós's political career began in 1990 when he was selected by the Public Against Violence party, which formed the first post-communist Czechoslovak government, for the post of first Vice-Minister of the Environment Ministry. He held that post until 1992, when he returned to the world of academia. Miklós has been Slovak Minister of Environment since national elections in 1998.

On April 19, The Slovak Spectator sat down with the Minister at the Environment Ministry on Štúrovo námestie in Bratislava to discuss the country's most pressing environmental issues today.

The Slovak Spectator (TSS): When you first came to the Ministry in 1998, what areas did you identify as being the most environmentally problematic for Slovakia?

László Miklós (LM): Since I had already been involved with the Ministry and personally knew half of the staff, the situation was no surprise for me. Ten minutes after I'd arrived, I began working because I could immediately identify the situations that required focus. And during the last government I have to say that the Environment Ministry worked in a good way, it was probably the least problematic of all the ministries and we had therefore already co-operated. So it was no problem to define our priorities.

The first priority we decided to focus on was to raise the public's awareness of environmental issues. The second was to complete the information system of the Environment Ministry in Slovakia. A lot of people were actually surprised by those priorities because usually people expect something like polluted water or polluted air to be the focus. I proposed raising awareness. But I am convinced that my priorities were correct because until we realise the environmental problems facing us, we cannot be successful in making changes.

So far, we have done a lot. We have opened the door for better participation with the NGOs by signing an agreement on mutual support, we created an office for the public here in the ministry, we organised local meetings with the public and put all our legislation and decisions on our web-site [www.lifeenv.gov.sk] to open the door for the public to comment on our moves. For example, we completed a new law on waste and we put it on the web-site and received more than 1,700 comments. So we feel that we have really made a big change by allowing the public to become involved.

TSS: In light of the recent environmental catastrophe in Romania in which lethal amounts of cyanide-infested waste water was poured into the Tisa and Danube Rivers, how would you assess your co-operation with other countries in the region?

LM: Our ministry signed an agreement with Hungary on co-operation in February last year. Then last year the Ministers of the Visegrad 4 countries [Czech Republic, Hungary, Poland, and Slovakia] met to discuss new ways to co-operate and we are scheduled to meet again in Hungary next month. So we are creating very good co-operation amongst the V-4 countries.

In terms of the Romanian spill, last week I attended a meeting in Budapest with the Environment Ministers of Ukraine, Romania and Hungary. We agreed upon a course of action to take, but not everything was finalised. One thing that was not agreed upon and which is [Slovakia's] main goal is the need for integrated management of the river basins because we are concerned that it is not possible to regulate pollution without such management. An agreement should not only include the rivers, but all the land and its crops in the river basin and the watershed, and it should involve all the states because these regional rivers are actually international rivers.

TSS: Immediately after the spill, how quickly did the Ministries of the affected countries move to co-operate in the response?

LM: There was already an established system of co-operation. The first information went from Romania to Hungary, then from Hungary to us - it was a whole chain that proves whether the system works or not. So we can see that it worked. Immediately after the pollution and far before it actually came to our territory, we knew about the spill. Our environmental inspectors immediately went to [the 6 kilometre stretch of the Tisa River which forms the border between Hungary and Slovakia in south-east Slovakia] and were prepared to sample and analyse the water.

TSS: When word of the spill made news in February, Slovak ministry officials voiced concern over the poorer former-eastern bloc countries, such as Romania and Ukraine. It was said that there could be other environmental time bombs in these countries that people don't know enough about. What kind of potential problems do you see in these countries and as the Slovak Environment Minister what can you do about it?

LM: It is true that during the last 45 years not enough attention was given to these environmental problems in these areas. The Tisa River spill is proof of that and we know that there are more places where something like this could happen. Therefore, one of the issues of the meeting with foreign environment ministers in Budapešt was to start mapping these 'time bombs'. This was one of the concrete issues of our meeting, the mapping of such sites.

Now I am the president of the government council of the UN, and within the council we have launched a project called the Integrated Management of the Carpathian River Basin. This should be a complex project where we would analyse the legal, economic, and physical ways to address problems. At the moment, there is a system of prevention which works and in Slovakia I do not think that we would see such environmental problems where a dam would break, for example. We can analyse and recognise potential hot spots, but I do not feel that in Slovakia there is any real danger of that sort of thing happenning.

TSS: What kind of potential hot spots exist in Slovakia?

LM: Almost half of the Slovak territory is on the Tisa watershed. Rivers like the Slaná, Horná and Bodrog all belong to Tisa river, and in these regions coal mining took place some years ago and also continues now. There are several chemical factory centres in eastern Slovakia, there are also some oil refinery centres, power plants. But again, I do not believe that they threaten the surrounding countries of Slovakia.

TSS: And what kind of potential problems exist outside Slovakia to the east?

LM: For example, in Romania there are also many large mining sites, so all of them present potential pollution.

TSS: Concerning nuclear power, last year Slovakia came under fire when they decided not to shut down the Bohunice plant as previously promised. Austria was particularly critical of the decision. How did their protests affect relations between the Slovak and Austrian environment ministries?

LM: The direct relationship between the Austrian minister and myself has always been correct. This became a political issue because of the [Austrian] national elections last year. But now we have good relations again. Also, the European Union accepted our proposal to close down the Blocks in 2006 and 2008.

I am convinced that all of those blocks are safe and I don't have any right to disbelieve the technicians [who say it is safe]. On the other hand, I am still the chairman of the Komisia pre Radioaktívne Havárie [Slovak Committee for Radiation Disasters] so I have some competence from that side as well. I collected all possible information about the power plant - from that I have to believe that the plants are safe. All proper measures were taken and all analysis show that they are safe. I am a scientist, and I cannot judge with a political eye. I am a scientist and I believe that the analyses are correct and that the power plants are safe.

Then there's the economic aspect - whether the plants are really needed or not. But that's the decision of the Slovak government.

Probably there are some interest groups that are more interested in economic benefits from the selling of the electricity, but for the government the safety issue is as important as the economics.

TSS: As Environment Minister, did you support Slovakia's bid to host the 2006 Winter Olympics in the High Tatras?

LM: I had to consider the legislation on national conservation which specifies what is possible and what is not in protected areas. Especially in the High Tatras, since the whole area is a national park, it is written what is allowed within the park's boundaries. The High Tatras has many natural reserves which are even more protected, and some parts of the proposed games would have been in those protected areas. We were strictly against that. But generally in national parks it is not forbidden to practice sport activities, however it should be done according to law.

TSS: Would you support future Slovak bids to hold the Olympics in the High Tatras?

LM: As I said, only if done according to the law. Now I can tell you also my personal feeling. I can imagine that we could also organise the games just a little bit outside of the High Tatras because really only a few of the events, such as down-hill skiing, would need to be inside the mountains. Others could be outside the Tatras. I would support the Olympic games, it may be beneficial to the environment because it could complete the infrastructure, like sewage treatment plants. But I am against entering the protected areas.