Oil giant Slovnaft is set to become a pivotal part of a future central European fuel giant following the acquisition of a 36% stake in the company by Hungarian oil and gas firm MOL on March 31. The deal is the first major regional cross-border merger in the sector.
In a move that had been widely expected after weeks of leaked information to Slovak and other media, MOL paid $262 million for the initial equity stake, and has an option to acquire a majority stake in the firm in two years. The purchase will come through a $150 million hike in equity and the purchase of existing shares.
The deal will leave Slovnaft set to benefit from MOL's ambitious plans for regional expansion using both firms' resources. 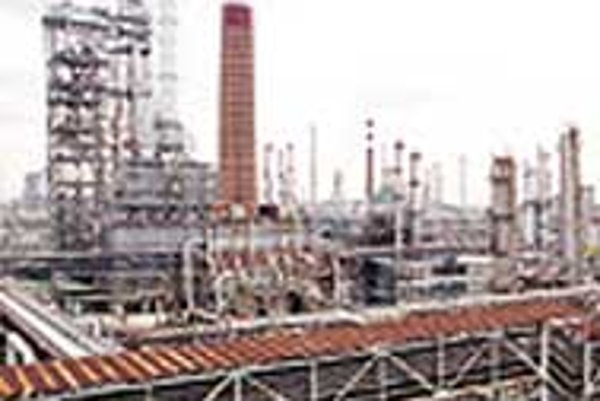 Font size:A-|A+  Comments disabled
Oil giant Slovnaft is set to become a pivotal part of a future central European fuel giant following the acquisition of a 36% stake in the company by Hungarian oil and gas firm MOL on March 31. The deal is the first major regional cross-border merger in the sector.

In a move that had been widely expected after weeks of leaked information to Slovak and other media, MOL paid $262 million for the initial equity stake, and has an option to acquire a majority stake in the firm in two years. The purchase will come through a $150 million hike in equity and the purchase of existing shares.

The deal will leave Slovnaft set to benefit from MOL's ambitious plans for regional expansion using both firms' resources.

"This is the first major step in regional consolidation in our industry. The combination will leave MOL and Slovnaft as the driving force in the downstream refining sector in the region. We are changing the entire agenda of this region," said Janos Csak, Chairman of the Board of Directors at MOL.

The MOL chief was quick to praise the benefits the deal will bring to both companies as the new regional titan looks to expand beyond its borders.

"We see opportunities beyond just both our borders," he added. "We have the two best refineries in the region now [Duna in Hungary and Slovnaft's Bratislava]. This alliance between Slovnaft and MOL will position us as the regional leader in the refining and marketing sector. This is the first transaction in the sector in central and eastern Europe where two companies are joining forces to optimise the way existing and future customers are supplied across the region."

Slovnaft President Slavomír Hatina joined Csak in praising the deal. "The skills that they [MOL] are expected to bring to our operations will enhance the prospects of Slovnaft," he said.

News of the tie-up brought a boost to shares in both companies on their respective domestic bourses. Trading of Slovnaft shares on the Bratislava Stock Exchange (BCPB) on April 3 jumped from 681 crowns to an average price of 720 crowns, up 5.7%. Slovnaft shares were also traded on the Münich bourse, strengthening by 5% through the day.

On Monday morning MOL shares also had jumped 2.1%, news which Csak said was indicative of the importance the capital markets will play in judging the future performance of the firm.

"The markets obviously welcome this link-up. But we have to deliver success - success that will be measured by the capital markets. We will have an almost daily check on how we are doing," Csak explained.

Despite Csak's enthusiasm, doubt has been cast on the ability of MOL to make the venture work smoothly in the short term. Csak said that the acquisition would be earnings neutral for this year and accretive in 2001. However, analysts in Budapest doubted that this would be the case.

"While it appears that there is confidence in the long-term prospects of the deal, the short term is less certain," said Rupert Foster of Wood & Co. in Budapest. "There is speculation over whether or not this can be achieved and also a feeling that the price MOL paid was pretty high," he added.

MOL has taken out a $300 million 364-day bridge loan to complete the acquistion.

"People in Budapest don't know too much about Slovnaft. Some people will have to sit down and look at this in some detail," the analyst added.

The deal will see the end of the majority shareholding of the two Slovnaft management companies, Slovintegra and Slovbena, which at the end of 1999 had held a 56% stake combined. The new board structure will see four Slovnaft and four MOL nominees at the top level of the firm. Hatina will remain as CEO and president of the firm, while the CFO, head of sales and marketing, head of procurement and IT and head of retail operations will be proposed by the Hungarian firm.

Slovnaft's Hatina explained that under its two-year share-purchase option MOL would be looking to take extra shares from third parties; if that was not possible, he said, the extra shares needed to make MOL the majority shareholder would come from Slovintegra and Slovbena.

The new shareholder structure is hoped to bring clarity to what had often appeared to be a confusing ownership structure at Slovnaft. Following the refinery's acquisition by MOL, the Slovintegra and Slovbena holdings are supposed to drop to 31%, and under any further acquisitions making MOL a majority shareholder, the two management firms are expected to retain a significant minority share in the company.

Question marks have recently been raised, though, over the ownership structure of MOL, with the firm having to deny claims that there is a Russian influence behind its operations. Though its ownership structure is not transparent, about 60% of MOL shares are in foreign hands, the biggest shareholder being the Bank of New York with 28.2%. The Bank of New York also holds a 10% stake in Slovnaft.

The tender process had seen other front runners emerge since Slovnaft declared its interest in finding a strategic partner almost one year ago. The Austrian firm OMV was long seen as a clear favourite, but the firm was believed to be unhappy with the price demanded by Slovnaft, with OMV management publicly declaring they were not prepared to pay just any price for it. Hatina refused to divulge who had been involved in the tender, saying merely that MOL had been picked since its offer had been closest to his firm's requirements.

"What's important about a tender is who wins it," he said.

The Polish energy group PKN had also expressed an interest in Slovnaft and was believed to have been involved in the tender as well. Analysts have also speculated that the MOL-Slovnaft combination may now make a concerted push into Poland and a possible future link-up with PKN.

"MOL, together with Slovnaft, can become a strong European player, if not a global one. There may be some involvement with Poland's PKN after this deal is sewn up," said Miloš Božek of J & T Securities in Bratislava.

Slovnaft's search for a strategic investor began last year after a drop in the price of Brent crude oil, from a high point of $16 in 1997 to below $10 per barrel in the first three months of 1999, leaving Slovnaft with a loss of 950.7 million crowns from January to May 1999. A $150 million loan with Merrill Lynch, inversely related to the price of crude oil, deepened Slovnaft's woes as it saw the firm paying back 50% interest. Combined with a currency crisis affecting its foreign loans, Slovnaft found itself hit hard and needed a foreign investor to put it back on financial track.

MOL's entry is expected to provide vital stability to Slovnaft after its troubled 1999. The two billion crown loss for the Slovak company comes despite sales being up from 30.2 billion crowns in 1999 to 37 billion last year.

"[With] The $150 million [equity increase] the balance sheet strength [of Slovnaft] will be increased and we can pursue other options in the region. The extra financial strength that the new capital will bring us will provide added flexibility to our future development programmes," said Hatina.

With figures released on April 3 showing that the Slovak refinery closed last year with a net loss of 2.48 billion crowns MOL is expected to streamline the company and make a push for a more efficient use of resources. Part of this streamlining may involve workforce cuts, as Csak hinted in outlining MOL's plans to boost Slovnaft's performance.

"We will be bringing [our own] cost-cutting expertise to be used to improve efficiency and revenue enhancement," he said.

Company president Hatina added ominously that there would be changes in management and told journalists that "there is a very set policy for headcounts [to be introduced]." However, neither he or Csak were more specific about what those plans would involve for Slovnaft's workforce of 4,250.