The Russian gas giant Gazprom issued an ultimatum to Slovakia at the beginning of March: If you don't expand Slovakia's pipeline capacity allowing Gazprom to export more gas to western Europe, the Russian side said, we will bypass Slovakia by building a new pipeline ourselves under the Baltic Sea.
The threat was delivered in the form of a letter sent by Rem Viachirev, the head of the Gazprom Board of Directors, and received by Slovak Prime Minister Mikuláš Dzurinda on March 3. 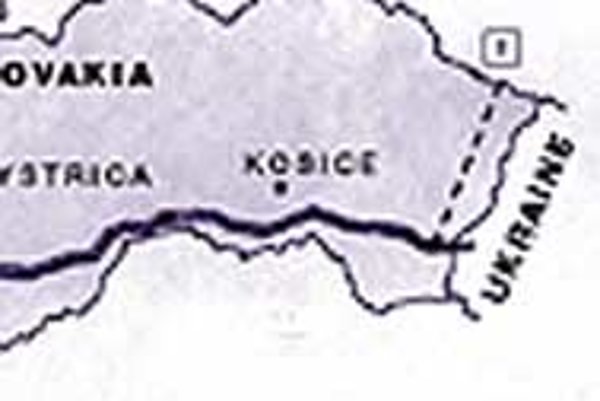 The Russian gas giant Gazprom issued an ultimatum to Slovakia at the beginning of March: If you don't expand Slovakia's pipeline capacity allowing Gazprom to export more gas to western Europe, the Russian side said, we will bypass Slovakia by building a new pipeline ourselves under the Baltic Sea.

The threat was delivered in the form of a letter sent by Rem Viachirev, the head of the Gazprom Board of Directors, and received by Slovak Prime Minister Mikuláš Dzurinda on March 3. Viachirev gave the Slovak side two months in which to consider building a new pipeline to complement the one that already crosses Slovak territory; if no new line were built, Gazprom would bypass central Europe altogether by building a direct link between the rich Yamal oilfield in northern Siberia and western Europe.

"Although logic dictates that we would diversify our export channels by building regional connections, the uncertainty of Slovakia and Poland's position may force Gazprom in the very near future to launch the construction of a so-called northern pipeline," said Jurij Komarov, Gazprom Deputy Director, on March 2. "This step would obviously eliminate Poland, Slovakia and the Czech Republic as transit countries."

According to gas industry professionals, however, Slovakia's position as the main middleman in the east-west gas transit trade isn't really in jeopardy, largely because building a Baltic Sea route would cost more than Gazprom can afford. Nevertheless, they said, the business is too important to Slovakia's economy for the government to ignore Gazprom's demands.

Gazprom's Komarov explained that the need to build a new route had been forced on the company by the behaviour of Ukraine, which regularly "steals" Russian gas from the major Bratstvo pipeline that runs through its territory and across Slovakia. Since the start-up of a new single-pipeline link from Russia through Belarus and Poland in September last year, known as Yamal-Europa, Gazprom has had an alternative to Bratstvo. Yamal-Europa currently has a capacity of 30 billion cubic metres a year, but if a new link were to be built south connecting Yamal Europa to the main Bratstvo pipeline in Slovakia, this capacity would rise to 60 billion.

Gazprom exported 126 billion cubic metres of gas to western Europe in 1999, up from 120.5 billion in 1998, and plans to increase that figure to 130 billion this year. The company's results have improved during the same period, from a $7 billion loss in 1998 to a $1 billion unconsolidated profit in 1999; profits from the export of gas to western markets should jump from $6.75 billion in 1999 to a planned $9.2 billion this year.

The Slovak side reacted to the Gazprom ultimatum with alacrity, Dzurinda commissioning Economy Minister Ľubomír Harach to begin talks with Gazprom on construction of the new line to bypass Ukraine. Harach on March 7 reported that Slovenský Plynárenský Priemysel (SPP), the Slovak state gas utility which currently handles about 80% of Gazprom's gas exports to western Europe, had agreed to create a series of working groups with the Russians to prepare a project to build the Slovak section of the pipeline. "It's an interesting possibility for SPP as well as for Slovakia as a whole," Harach said. "With the help of this new pipeline, Slovakia could add 30 to 31 billion cubic metres to its annual gas transit trade."

But Ivan Weiss, SPP's Director of Corporate Strategy, told The Slovak Spectator on March 8 that little was yet known about how a new pipeline would affect SPP's transit trade. "This [new pipeline] makes more sense for SPP, although we don't know what will happen to the overall transit capacity through Slovakia," he said. "Will it be cumulative, meaning Slovakia will still transport 90 [billion cubic metres of Gazprom gas for western Europe], or will the new line give us additional transit responsibilities? We don't know."

Weiss added that little was also known of the "politics" behind Gazprom's decision. While SPP estimated the Russians were losing 2 to 2.5 billion cubic metres a month (up to 30% of gas in transit) through theft from the Bratstvo line, and thus had a compelling reason to find another route to ship gas to its western European customers, they also had to deal with opposition to the latest plan from the Polish government, which was pushing Gazprom to add another pipeline to Yamal Europa through Polish territory.

"The Polish are resisting this connection [south from Yamal Europa through Belarus and Poland to Slovakia] because it gets rid of most of Yamal," explained Weiss, adding that the fact that Yamal was as yet only a single pipeline had determined Gazprom to use the four-pipeline Bratstvo link to expand its transit trade. "No one [western European customer] will rely on a single pipeline, for security reasons," he said.

For all the uncertainties that remain about the new pipeline proposal, Weiss was sure of one thing - that Gazprom's threat to build under the Baltic Sea should not be taken very seriously. "My personal view is that they're bluffing," he said.

Gazprom's Komarov estimated that the potential Baltic pipeline would have an annual capacity of 30 billion cubic metres of gas, and would cost about $3 billion - almost four times the cost of the proposed 600 kilometer pipeline through Belarus, Poland and Slovakia. "They couldn't put up the money to finish Yamal on time," said Weiss. "Developing a $3 billion project given their other financial problems doesn't really make sense."

But Michal Benak, a partner in the Bratislava-based mergers and acquisitions firm Navigator, said that the Baltic Sea threat should not be dismissed so lightly. "Gazprom is trying to shift from being a provider to a trader of gas, which requires direct access to major consumer markets in western Europe," he said. "It's a simple trade-off between the higher costs of building a new pipeline against the benefit of diversifying your export channels."

SPP, Benak added, had a natural interest in downplaying the possibility that its middleman role would be reduced - as did Slovakia as a whole. "If you let other people build a new pipeline, yours becomes less valuable, that's simple," he said. "The fact that most Russian gas on its way to western markets goes through Slovakia is a huge source of income and strategic importance for this country."

Weiss agreed. "It would be a bad deal for us if this [new] pipeline didn't go through Slovakia," he said, adding that a working group had already been named at SPP that would co-operate with Gazprom representatives and Polish and Belarus officials on the pipeline project. Whether or not any pipeline could be completed by the end of 2002, as the Russians had proposed, depended on the commitment of the Russian side, Weiss said. "They would have to push really hard to get this done on our territory," he said. "They would have to be really dedicated to this project. I don't know how dedicated they were to Yamal, but it didn't go along very well."