Tiremaker Matador, based in western Slovakia's Puchov, recorded turnover of 12.5 billion Slovak crowns ($ 289 million) and a profit of 233 million Slovak crowns in 1999, an improvement of almost 300 million crowns on 1998's loss of 61 million. The Slovak Spectator conducted a Q & A interview with Štefan Rosina, Matador's Chairman of the Board, on March 8 to find out what was behind the improved results.
The Slovak Spectator (TSS): How did you manage to improve so much last year, and what are your plans for the year 2000? 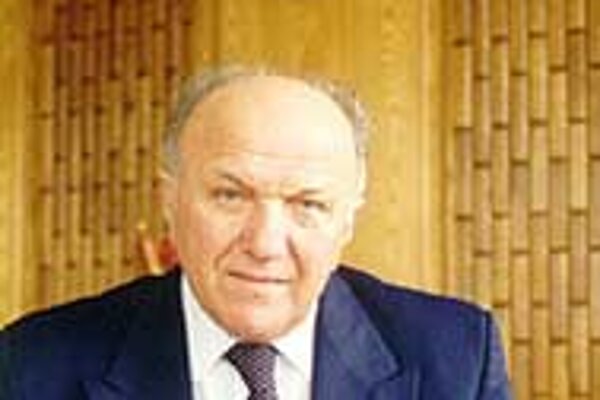 Font size:A-|A+  Comments disabled
Tiremaker Matador, based in western Slovakia's Puchov, recorded turnover of 12.5 billion Slovak crowns ($ 289 million) and a profit of 233 million Slovak crowns in 1999, an improvement of almost 300 million crowns on 1998's loss of 61 million. The Slovak Spectator conducted a Q & A interview with Štefan Rosina, Matador's Chairman of the Board, on March 8 to find out what was behind the improved results.

The Slovak Spectator (TSS): How did you manage to improve so much last year, and what are your plans for the year 2000?

Štefan Rosina (ŠR): Matador changed its organizational structure and the company management system on July 7, 1999. We started to operate in a system of divisions. The restructuring and rationalization programme helped the company increase the effectiveness of its individual business segments, which in turn was reflected in the economic results of companies in the Matador group for 1999.

Matador's business plan for 2000 sets out to increase the efficiency of the firm by 8% compared with 1999. Our planned pre-tax profit for this year is 350 million ($ 8.1 million). This plan was prepared with the goal of finding a good position for the company's stabilization and for its development in the coming years.

To achieve these results, we have already made the necessary steps in 1998 and in 1999 through our investment policy and through the already mentioned restructuring and reorganization processes. However, despite all our activities, we are still not achieving competitive results especially in the area of work productivity. That is why we intend to continue the rationalization process to gradually decrease... the number of employees. We also want to outsource to a greater extent than is usual in our company.

In 1999 Matador exported products and goods in the value of 5.6 billion crowns ($130 million). Our most important export markets were the EU countries, the Czech Republic and the CEFTA countries. Our production can also be found in the countries of the former Soviet Union, North America and even in Africa.

Our leading export articles were car tires, seatbelts and machinery for the rubber industry. One of our strategic goals is to increase our exports to EU markets.

TSS: Where do you see your investments being directed this year?

ŠR: In the past year we invested 280 million crowns ($6.5 million) into modernization of our production, into new development and ecological programmes. Our investment plan for 2000 is 500 million crowns ($11.6 million).

The goals of our investment plan are to increase the productivity of work, the quality and sophistication of our products. Financial investment will be directed to the improvement in the quality of customer services in our business net and into info-technology equipment.

TSS: One of your daughter companies, Matador Machinery, won a 100 million crown tender late last year in China for making radial tires. To what extent are you branching out into foreign ventures these days?

ŠR: We export considerable production through our own direct business representation abroad (Germany, the Czech Republic, Ukraine, Russia, etc.). We also have a solid net of our own dealers.

Take for example the activities of our joint venture, Matador-Omskšina, which was founded together with our Russian partner in the Siberian town of Omsk in 1995. We began with producing 176, 000 car tyres in 1996 and in 1999 production increased to 850, 000. On February 18, 2000, the production line manufactured its two millionth tire.

This joint venture will produce more than 950,000 passenger cars tires in 2000. It belongs among the stable suppliers of Autovaz Togliatti, who produce largely for the former Soviet Union countries, while some 10% is exported to the Czech Republic, Slovakia and even to the English market.

TSS: What was the impact of last year's Kosovo crisis on Matador sales?

ŠR: The market of the former Yugoslavia is naturally a very interesting territory for Matador, taking into consideration the tradition of mutual trade, advantageous transport distance and the long-term business contacts we have with our partners there.

The war and the following Kosovo crisis did not allow for a busy trade, which caused us, and not us alone, a break in our sales. Our calculated loss was over 100 million crowns ($2.3 million) for the year 1999. But luckily, with the total value of our business, the crisis did not pose any threat to the existence of our company. But of course we are interested in re-starting our trade with Yugoslavia.