Tough battles to see contracts honoured and spirited negotiations with stubborn clients in search of higher profits are all part of the daily schedule for Igor Junas, general manager of trading company Kerametal.
"Look, Kerametal signed a contract with you! So why don't you want to honour this contract? You don't know how to sell this product. You can't do it yourselves! Or you want me to honour this contract for an unreasonable price! Do you think I'm an idiot? I helped your company when it was on its knees!" Junas argues with one of his important partners, pacing his plushly furnished office and clenching a mobile phone in his fist. 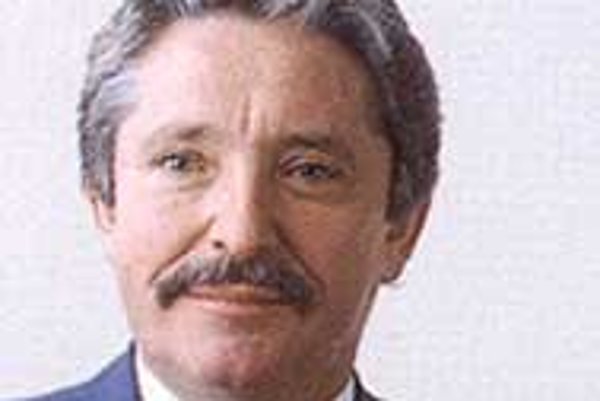 "Look, Kerametal signed a contract with you! So why don't you want to honour this contract? You don't know how to sell this product. You can't do it yourselves! Or you want me to honour this contract for an unreasonable price! Do you think I'm an idiot? I helped your company when it was on its knees!" Junas argues with one of his important partners, pacing his plushly furnished office and clenching a mobile phone in his fist.

Junas' effort is in vain, and after 20 minutes the conversation ends with no progress made. "Now you know what the fight for survival is like. This is how my conversations usually go," he says, rolling up the sleeves of his sweaty shirt and adding sweetener to his coffee.

Doing business is difficult these days for trading companies like Kerametal, which make their living mainly out of finding foreign customers and arranging sales for Slovak producers. One of the oldest trading companies in Slovakia, Kerametal has served as a middleman between Slovak suppliers and foreign purchasers for 30 years.

The company was highly successful under communism, when it held a monopoly on the export and import of materials needed for the steel production trade until 1990. But now, with Slovak exporters facing fierce competition abroad, Kerametal struggles to win contracts for its Slovak clients.

Moreover, some Slovak companies - traditional Kerametal clients - are circumventing the trading company and trying to sell to foreign markets directly, hoping to eliminate the middleman's commission and thus raise profits. Junas fumed at the trend, arguing that Kerametal's experience and good relations with contacts abroad represented good value for the money clients paid.

Recent company results show Kerametal's plight. Net revenues decreased from 40.8 billion Slovak crowns in 1997 to 20.7 billion crowns in 1998. Kerametal's economic results for first nine months of 1999 showed net revenues of 14.8 billion crowns, which according to Junas meant that the company would end 1999 with approximately the same revenues as in 1998. The reason for the big drop in revenues from 1997 was that the state gas utility Slovenský Plynárenský Priemysel (SPP) stopped using Kerametal in its gas-transit operations that year.

"Companies like Kerametal had much better economic results back in the years of communism, when they had a dominant position on the market," said Ivan Chodák, an equity

analyst with CA IB Securities. "They asked any price they wanted for the trading of products. Now these companies have lost their exclusive rights to trade these products, and the clients which used them before are also beginning to trade their own products themselves."

According to Junas, who has been with the company for 26 years, Kerametal has been losing clients steadily over the last nine years due mainly to economic instability among Slovak companies and a boom in information technology which has allowed companies to get the information they need to sell a product at the touch of a button - making Kerametal's services irrelevant.

But Junas remained convinced that his company could handle the rigours of selling better than producers themselves. "It's like deciding whether to give yourself a haircut on your own or go to a barber. Who does it better? Your barber, of course," he said.

Michal Kustra, an equity analyst with Tatra Banka, argued that this reasoning wasn't sound. He said that it didn't make sense for a company to sell its products through another company, because producers lost touch with their clients if they didn't hear purchasers' reactions to the quality of the product first hand. "If I had a company I would definitely establish my own marketing department to have good contacts and feedback from purchasers," said Kustra.

There are still companies in Slovakia which cannot manage sales or purchasing themselves, and rely on Kerametal especially for links to buyers in eastern Europe and central Asia - traditionally strong markets for Kerametal. Kerametal remains active in both import and export, and sells the products of companies like heat-proof materials maker Slovenské Magnezitové Závody Lovinobaňa and weapons producer ZŤS Dubnica nad Váhom. On the other hand, it imports copper and zinc from the countries of the former Soviet Union, and currently has three branch offices in Russia, Ukraine and India specialising mostly on eastern markets.

Kerametal's long experience in eastern European and central Asian markets was what kept weapons manufacturer ZŤS Dubnica nad Váhom satisfied. The producer of Hover anti-tank weapons was able to sell to western Europe, but it didn't have many links to eastern markets. "We ourselves sell products in countries where we've established our own contacts," said František Mičuda, advisor to the general manger of ZŤS. "However, it would be quite difficult if we had to sell products in the east. With their long-term experience, I think this is Kerametal's turf."

With more and more companies relying on their own young marketing divisions instead of using trading middlemen, however, the future for companies like Kerametal is uncertain. And if crucial clients continue to break contracts like SPP did in 1997, Kerametal's very existence will be threatened.

But Junas maintained that Kerametal's long experience in eastern markets would enable it to weather the latest business downturn. "Slovak companies tend to sell their products to western countries, but it's difficult for them to sell in eastern Europe and central Asia because markets there are not very stable," he said. "We've known these markets for quite a long time and that's why we will rely on them in the future."